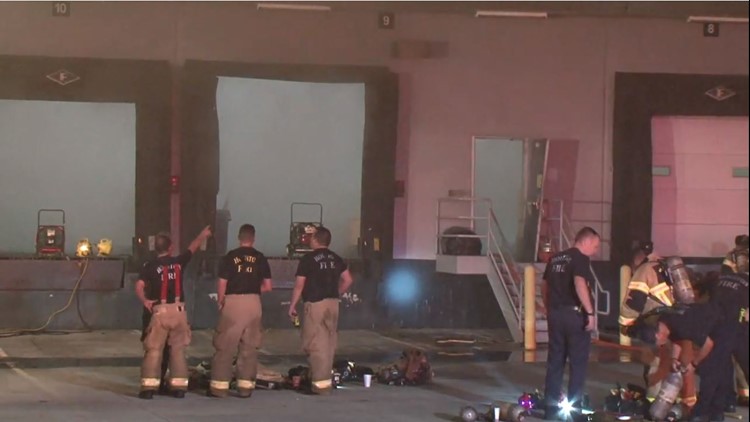 Just after midnight, seven HFD units responded to the large fire at the warehouse on Lee Road at North Road.

Heavy smoke was coming from the warehouse where a pallet with merchandise on it somehow caught fire.

Houston firefighters work to open one of the garage-style doors at the warehouse.
KHOU

According to District 102 Chief Charles Medina, the sprinkler system inside the warehouse kept the fire contained.

If the sprinkler system hadn't been in place, Chief Medina said, the fire could have become a 2-alarm or 3-alarm fire.

"That sprinkler really did helped out a lot. It kept (the fire) in check. And that's what a sprinkler system does, it doesn't completely extinguish it, but it does keep it in check." he said.

There was merchandise from various businesses, like Amazon, inside the warehouse to be shipped by plane.

Medina said there was no structural damage and no injuries.

READ: Armed suspects on the run in wooded area near Bush Airport