Chief Sam Peña promises consequences for those involved as a formal investigation is now underway to determine if public safety was impacted. 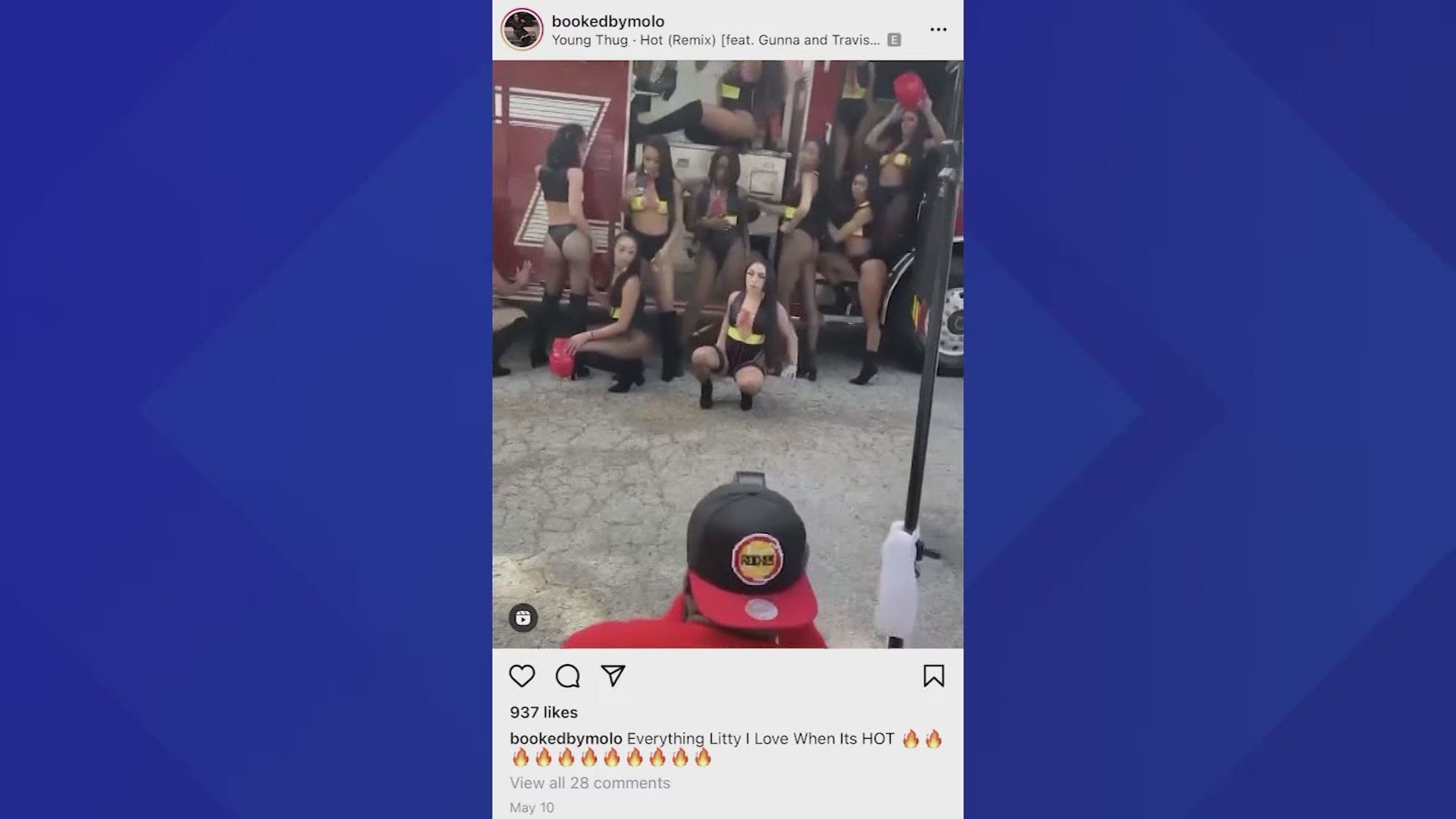 HOUSTON — A video of bikini-clad women dancing on a Houston Fire Department fire truck is causing concerns in the city.

"First you wonder is this a rap video or what's going on," said District D Councilwoman Carolyn Evans-Shabazz. "It did give me pause. The first thing I saw was a woman, scantily-clad, sitting on a firetruck."

"Then, of course, they were probably sitting there enjoying the video themselves and what was going on, let's just be real," Evans-Shabazz said. "I don't think they thought of the ramifications of allowing that to happen."

"I'm extremely disappointed and I'm not going to put with that type of stuff," Peña said.

Peña first saw the video Monday. By Tuesday, his administration had filed an official complaint to open a formal investigation.

"We're going to be transparent about this investigation," Peña said. "It's a concern for me and should be a concern for the public as well."

Station 46 is one of Houston's oldest and busiest fire stations. That's fueling more questions and concerns about any impact on calls for service.

"This is going to be a full-scale investigation. We want to know who approved? When it happened. Was the unit in or out of service? And was there any impact to the community we serve?" Peña said. "If they put themselves out of service to do this, it's certainly an issue that is exacerbated."

A spokesperson for the company that shot the video said it happened two weeks ago and took less than an hour. It claims it wasn't pre-planned and those who took part drove by, spotted the firetruck and asked if they could use it as a backdrop.

"This is conduct unbecoming," Peña said. "Poor judgment was shown by those involved. They'll be met with consequences, doesn't matter who you are."

Marty Lancton, the president of the firefighters union, says the men at Station 46 did what they were supposed to do and told those making the video that they had to go.

“One person came up as everyone in the community does to take pictures of the firetruck,” Lancton said.

He says the firefighters stepped away from the truck and when they returned a short time later, one man had turned into a party.

“There was no knowledge by any of the firefighters that there was any plan to do a video, and when the firefighters found out, they immediately went out and told them they couldn’t do that,” Lancton said.

After that, he says the firefighters immediately told their supervisors what happened.

Peña launched a formal investigation into the incident this week.

But Lancton says an investigation already happened weeks ago and the firefighters can’t be investigated twice.

“It has already been investigated twice by HFD senior level officials, and the question is why hasn’t the fire chief told you all this?” Lancton said.

KHOU 11 obtained records which appear to show the incident was documented and addressed by upper level fire department officials earlier in May.

It’s unclear if the chief knew about the investigation.

The union says a new formal investigation is double jeopardy for the men who were there, who lancton claims did nothing wrong.

KHOU 11 contacted the Houston Fire Department on Wednesday night to ask about previous investigations of the same incident.

A spokesperson said any questions about the incident would need to be asked through filing a formal Freedom of Information Request to be “answered in the order it is received.”

By law, the investigation can take up to 180 days, but Peña tells KHOU 11 he considers it urgent to get to the bottom of what happened a lot faster than that.