Many drivers are confused about when it is okay to pass up a school bus. 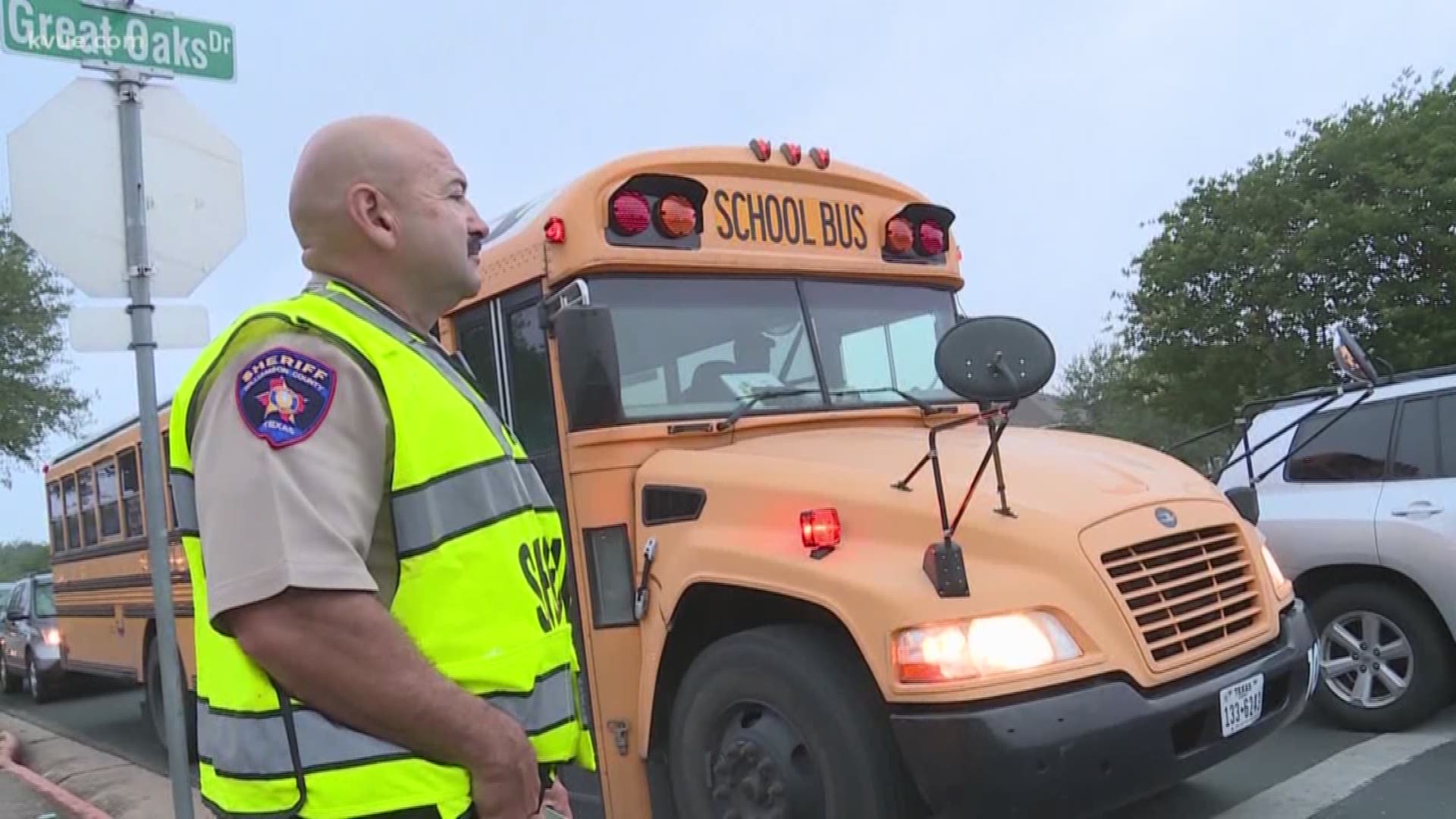 AUSTIN — You can expect more school buses and cars on the road as more Central Texas school districts start the fall semester this week.

Officers will be out and about making sure drivers obey the laws around school buses and school zones.

The problem: most drivers are confused about when it is okay to pass up a school bus.

According to Texas law, drivers must stop when a school bus extends its stop sign or turns on their flashing red lights. When a school bus is stopped, drivers must come to a complete stop on all lanes in both traveling directions; this is with the exception of a road with a raised median or barrier. On-coming traffic on the other side of the road from where the bus is stopped, does not have to stop.

It is illegal in all 50 states to pass a school bus that is stopped to load or unload children from either direction if you're on an undivided road. In Texas, you can expect to pay a fine of at least $500.

Austin Independent School District has cameras in its stop signs in order to catch drivers breaking the law. Last year, they handed out 16,000 citations.

The City of Austin's Transportation Department also wants to remind drivers, to obey the flashing beacons around school zones. Drivers can face up to a $200 fine for going too fast.

"The problem with people going two different speeds and also going faster is that different speeds cause more crashes. So, if everyone follows the speed limit and is slower, we're all safer," Joshil Bhatpuria, Transportation Engineer.

So drivers slow down, be aware of your surroundings and put away your cell phones.