Fire Dept.: Man pours gasoline inside Heights store, then lights it on fire

It happened at the Wilde Collection along Yale Street. 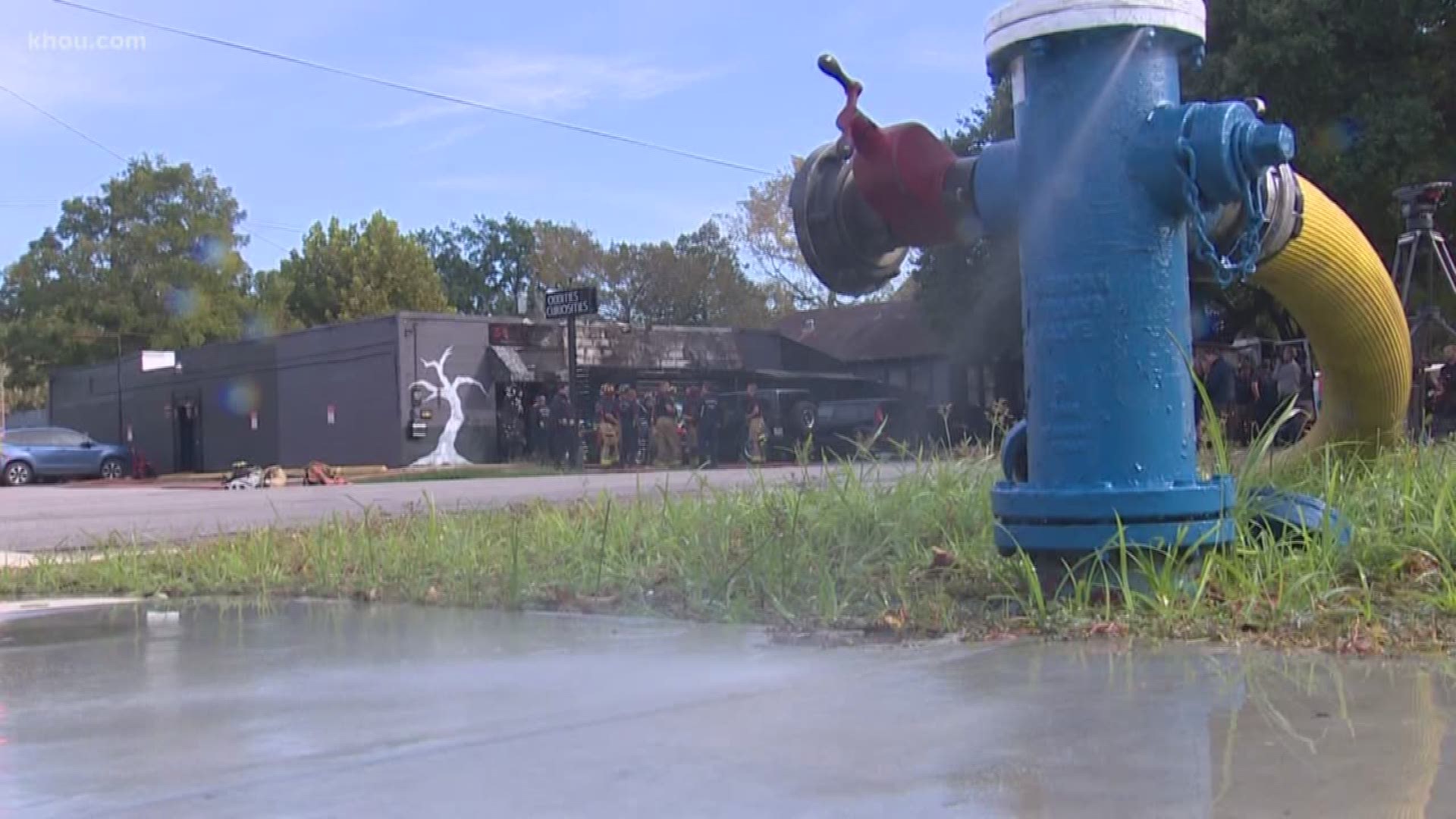 HOUSTON — A place lovingly known by several Houstonians as one of the city’s most bizarre stores was nearly destroyed by arson on Friday.

Officials with the Houston Fire Department said that just after 2 p.m. a man walked into the Wilde Collection along Yale Street, poured two cans of gasoline inside, lit it on fire then walked out.

“Some bystanders and an off-duty police officer detained the suspect until HPD arrived and put them under arrest,” said District Chief Joseph Leggio with HFD.

Although a man has been arrested, as of late Friday no charges had been filed, so KHOU is not releasing his name. However, arson investigators confirm they’re looking into an online threat made Friday morning from a Twitter user that matches the suspect’s name.

The tweet reads, “The Wilde Collection is dead. By my own hand and wrath I say this.”

A motive hasn’t been released. Leggio says the suspect does know the owner and his daughter.

No one inside the store was injured. The store is also home to several animals. In a video posted to Facebook, the store’s owner says one of their cats and snakes died.

Patrons know the store for its wonderfully weird contents including art, gifts, oddities and taxidermy.

Fire officials said at least half of the store is considered a total loss, with water and smoke damage in the remaining half.