'He tried to rape me': Houston woman warns others after brutal attack

Donovan Micah Jones, 24, is in jail charged with aggravated assault. Houston Police say its special victims unit is investigating this as a sexual assault. 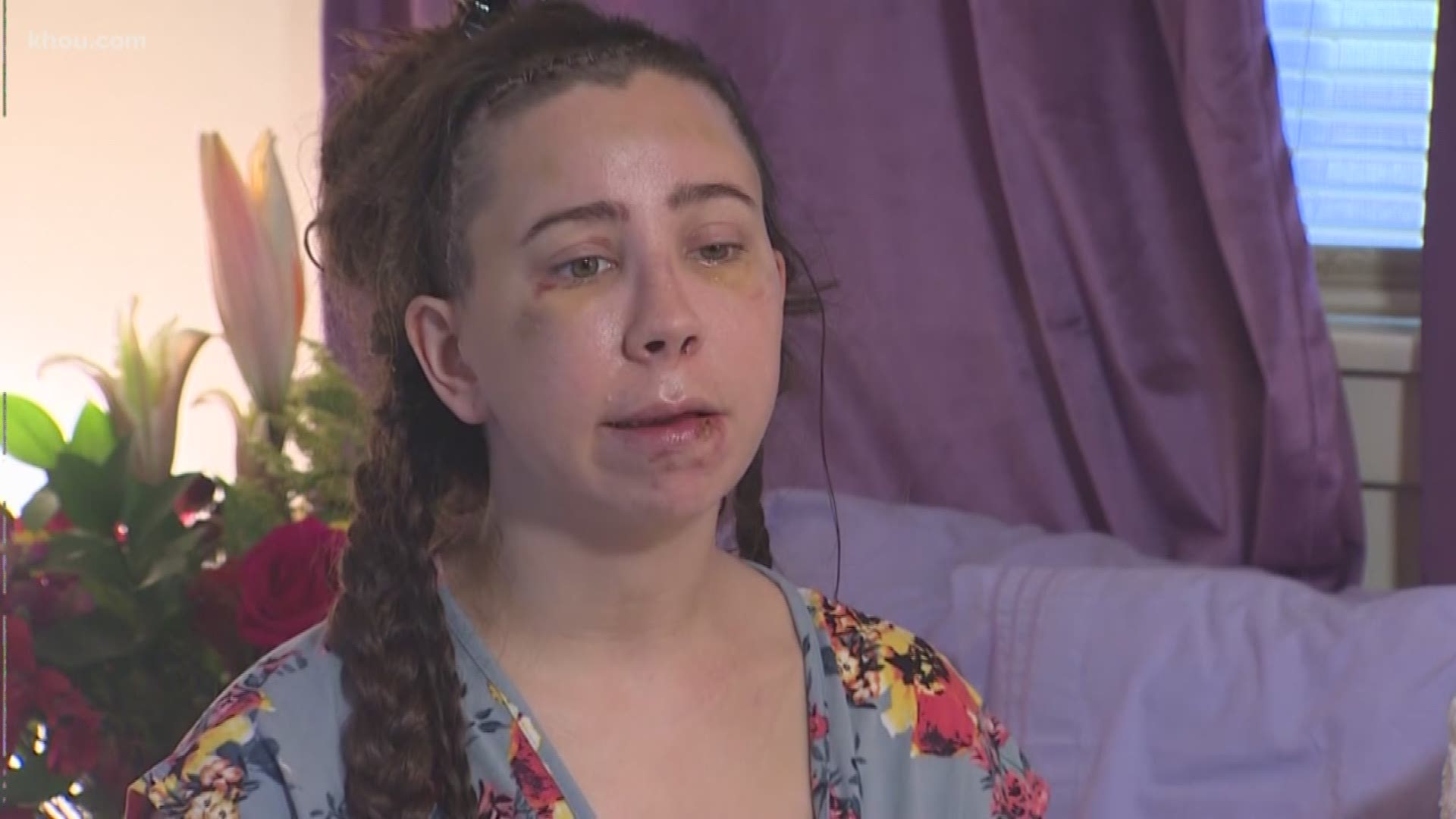 A Houston woman has a long road to recovery after she was brutally beaten after a night out.

Rachel Busch says she was trying to stop a man from raping her at the time.

Donovan Micah Jones, 24, is in jail charged with aggravated assault. Houston Police say its special victims unit is investigating this as a sexual assault.

The alleged assault occurred on Jan. 16, 2019, about two weeks after Busch says she met Jones at a Montrose coffee shop.

“I have no idea what to do about it,” Busch said. “It was the most horrific experience of my life.”

Busch moved back to Houston to take care of her ailing grandmother last year. She had spent years away from home as a ballroom and Latin dancer/instructor. She also teaches yoga.

Busch said she was with several friends in early January when she met Jones in a coffee shop. She described him as well-dressed, well-spoken and told her he was named as one of "Houston’s 30 Under 30."

Busch says she and Jones hung out twice in a group setting, the last time was Jan. 16.

According to Busch, they had a few drinks, and then Jones offered to let her crash on his couch.

“He tried to rape me, and I said no,” Busch said. “I pushed him away, and all the sudden, he just started attacking me and I went unconscious. He broke my cranial bone, the orbital bone, my palate.”

Busch doesn’t remember much about the attack because she was unconscious. She says she doesn’t even know if she was raped and is waiting on the results of the rape kit.

Busch remembers waking up on the sidewalk outside, lying in her own blood.

“Somebody called 911,” Busch said. “He did carry me outside onto the concrete and laid me on the concrete sidewalk.”

Busch was in the hospital for a week and needed surgery to reconstruct her face.

Jones was arrested and charged with aggravated assault. A background check shows he does have criminal history including armed robbery.

Busch is telling her story, hoping to prevent this from happening to anyone else.

“What I’ve learned from this is you can’t take everybody at face value," she said. “There is always going to be a wolf in sheep‘s clothing out there, and we as women need to do our research before we get entangled with the wrong person.”

Busch has a long road to recovery. She needs dental veneers and several more surgeries to repair her face. So far, her medical bills are $300,000 and mounting, according to Busch.

“I was beautiful, and that was taken away from me, and I think that he wanted to take that away from me because I said no. I said no," Busch said.

A GoFundMe account has been set up to help Rachel Busch with her medical bills here.

The Busch family is also seeking medical professionals willing to help with her recovery pro-bono.