'He tried to rape me, and I said no' | Victim of alleged assault shares her terrifying story

For the first time, Rachel Busch is speaking to the public about the horrific assault in hopes of becoming a voice for others who have experienced abuse. 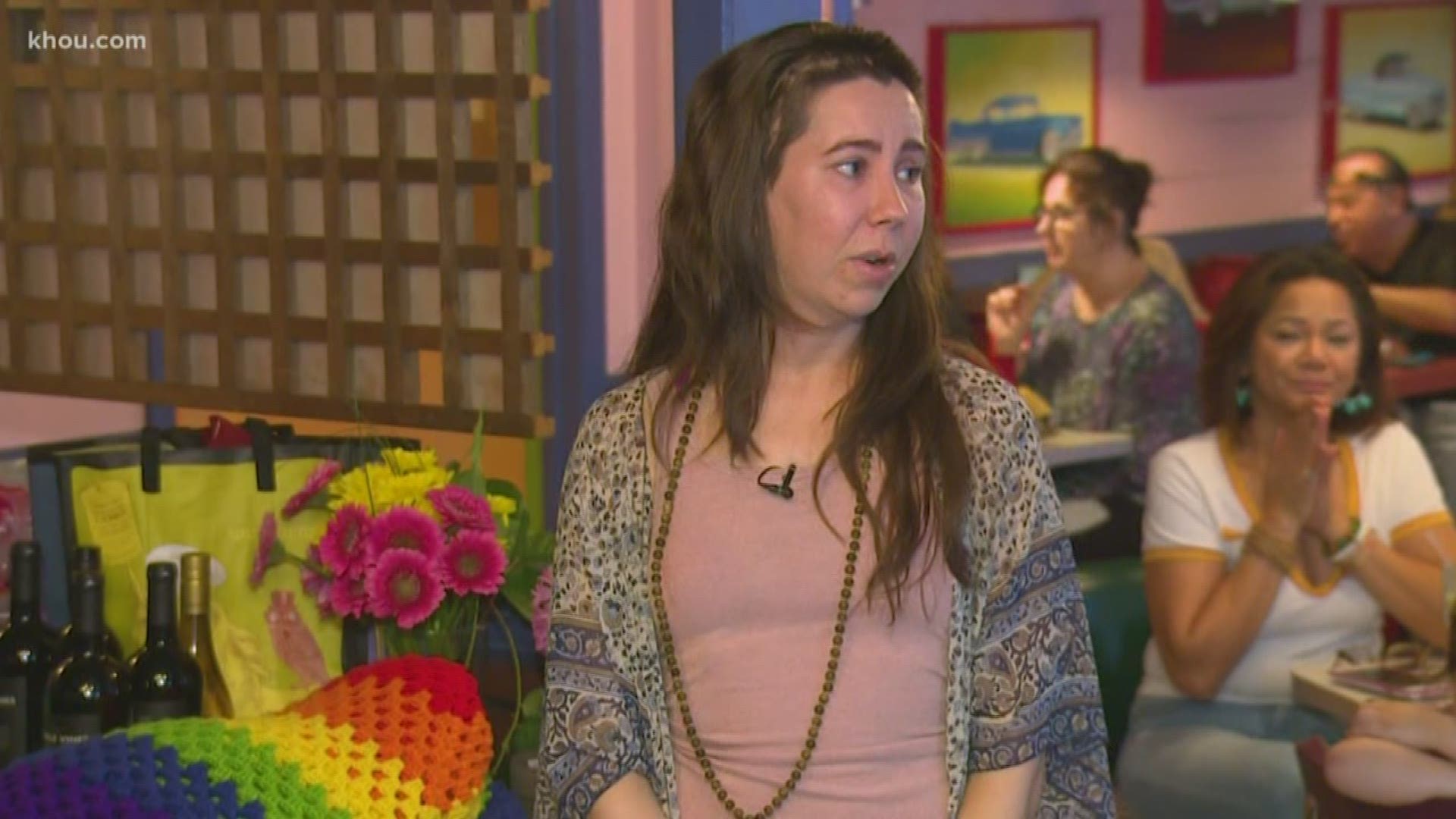 HOUSTON — A Houston woman who was brutally beaten during a rape attempt is now becoming a voice for other sexual assault survivors.

On Monday, Rachel Busch spoke publicly at a fundraiser organized to help her with her mounting medical bills. She spoke about the assault to be an advocate for others like her.

RELATED: 'He tried to rape me': Houston woman warns others after brutal attack

Busch was assaulted on Jan.16 after a night out with friends. She shared her story with KHOU 11's Lauren Talarico in January.

“He tried to rape me, and I said no,” Busch said. “I pushed him away, and all the sudden, he just started attacking me and I went unconscious. He broke my cranial bone, the orbital bone, my palate.”

Busch said she was with several friends in early January when she met Jones in a coffee shop. She described him as well-dressed, well-spoken and told her he was named as one of "Houston’s 30 under 30."

Busch said she and Jones hung out twice in a group setting, the last time was Jan. 16. According to Busch, they had a few drinks, and Jones offered to let her crash on his couch. That’s when the attack occurred, according to police.

Busch doesn’t remember much about the attack, including whether she was raped, because she was unconscious. Although Houston Police said investigators are waiting on the results of a rape kit, its special victims’ unit is investigating this as a sexual assault.

Since Busch’s story first aired on KHOU 11 News, it has been shared thousands of times, and more than $100,000 has been donated to help with her medical bills.

Nearly two months later, she is still on a soft food only diet and is unable to open her mouth. She also suffers from severe nerve pain, among many other ailments. She still has several more surgeries to go through.

In addition to the physical pain is the emotional pain.

“There have been times where I have felt like...I wish that he would’ve taken my life, because everything that I’m going through is so hard,” Busch said through tears. “But then, it’s things like today that make me think I have to be stronger than that for other people, you know? I can’t give up, and I also feel like I need to speak out.”

On Monday, Busch did speak out to those who attended the fundraiser at Chuy’s in River Oaks. It was organized by Kim Coyne, a Chuy’s employee.

“I saw Rachel’s story on the news, and it really touched me because I am a female and because this could really happen to any of us,” Coyne said.

Busch used the event to share her story and also advocate for others like her, which she plans to do more of as she continues to recover.

“There are so many women that feel like victims,” Busch told the room, “and they feel ashamed when something like this happens.”

She also took the opportunity to thank the community for the overwhelming support.

“In a time like this you really need people. You need people to stand by you and I have that, and I am really thankful," Busch said.

Busch was in the hospital for a week and needed surgery to reconstruct her face. She is still in need of several surgeries. A GoFundMe page has been set up in support. The Busch family is also seeking medical professionals willing to help with her recovery pro-bono.