'He desired to serve in the military': Santa Fe shooting victim Riley Garcia died a hero

Riley Garcia was one of 10 people killed at the school Friday. His pastor told KHOU 11 the teen held the door shut buying some other kids time to run. 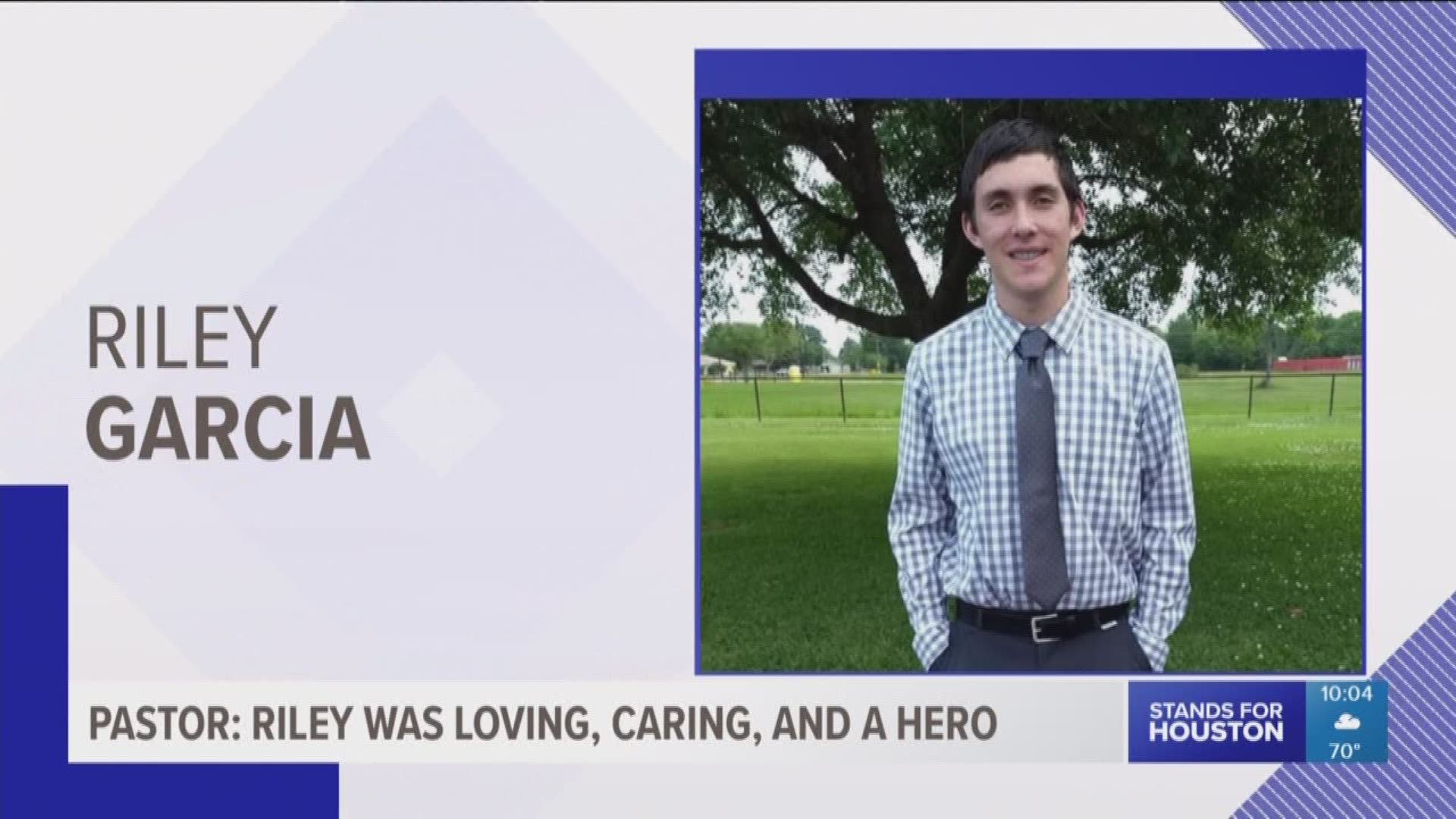 SANTA FE - Riley Garcia’s family was told he was a hero the morning of the shooting at Santa Fe High school, according to Keenan Smith, the family’s pastor at Crosby Church.

Garcia, 15, was one of 10 people killed at the school Friday.

Smith told KHOU 11 the teen held the door shut buying some other kids time to run.

“That’s all I know is the reports that the parents are being given was that he was holding a door shut, in the art area, the art hallway rooms, he was trying to protect some other kids that were in there, some of them lost their life also,” Smith said. “The perpetrator shot through the door and killed him and killed a couple of the other students while yet a couple of them did escape out a back corridor somehow because he held the door long enough that gave them some time.”

Smith said the family gave him permission to speak on their behalf and share photos of Garcia. Smith told KHOU11, he baptized Garcia in 2013 and watched him grow up in the church.

“Riley was, he was a good kid,” Smith said. “He was one of the good ones. Not that he was perfect.”

Smith told KHOU11 the family recently moved from Crosby to Santa Fe, because they were building a home in the area.

“Riley loved the outdoors. He was the kind of kid if you were doing something, he would jump in and help you do it,” Smith said. “Always very respectful to everybody. Always willing to pitching in and help.”

“He loved his hoody sweatshirts, he wore that a lot. Even in the hotter times he liked wearing those,” Smith added. “His aunt gave him a Mikey Mouse blanket when he was little, it was haggard and torn, but he still loved it and used it.”

Smith said one of the reasons he wanted to speak is to stress that Riley was a good kid.

“The narrative has been out some about bullying and those types of things,” Smith said. “Riley was not a bully. He was a good kid, he was compassionate, he was loving, caring and caring for other people, to the point that he desired to serve in the military when he was of age.”