Man shot to death by wife after attacking her while she was getting 3 kids ready for school, authorities said

Sheriff Ed Gonzalez said three children, all school age, were inside the residence at the time of the attack and shooting. 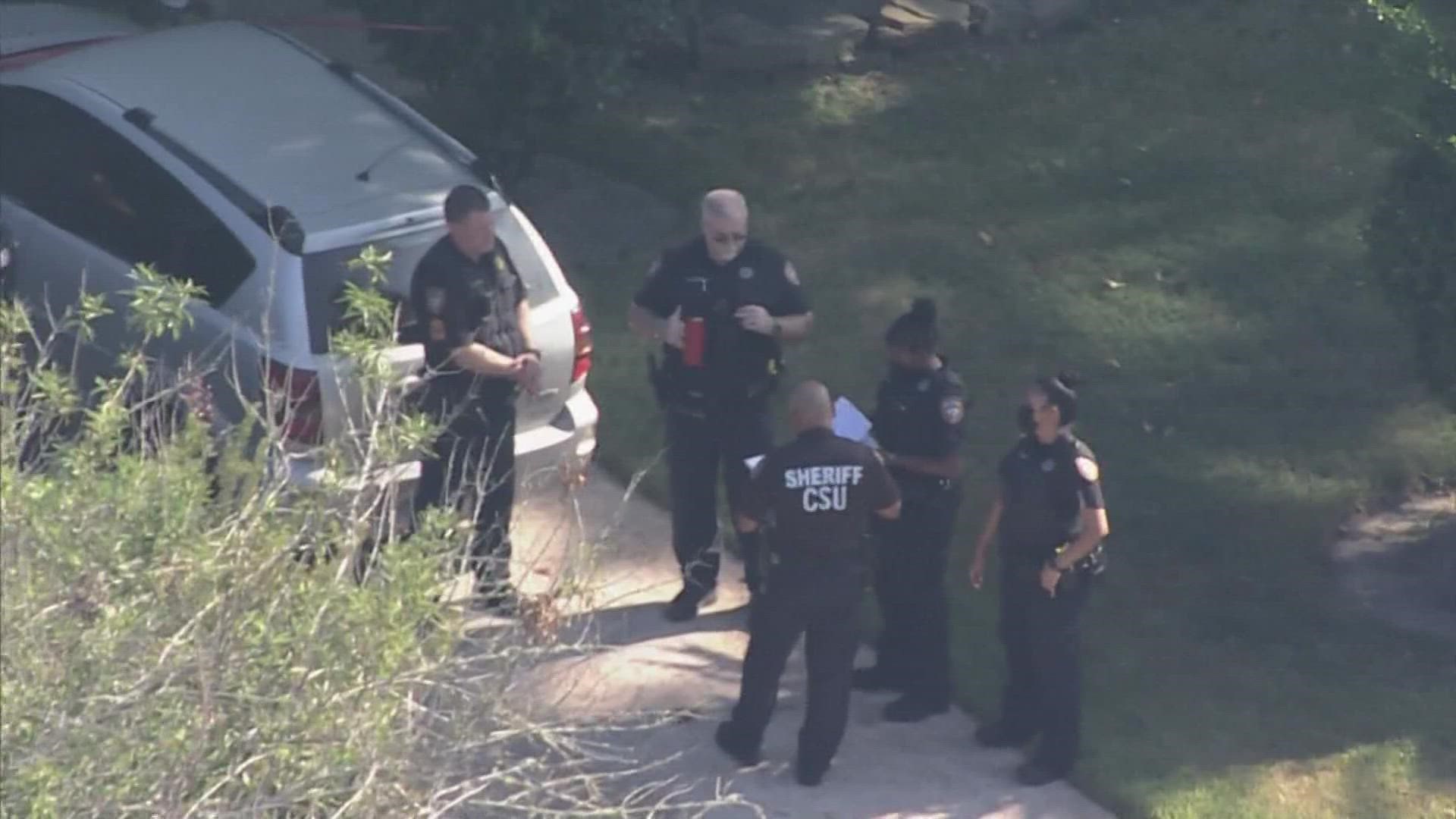 HARRIS COUNTY, Texas — A man was shot to death Monday morning after Harris County Sheriff's Office investigators said he showed up unexpectedly as his wife and three children were getting ready to leave for school.

The shooting happened just before 8 a.m. in the 7800 block of Peacock Park, in Humble.

Authorities said the 40-year-old man showed up as his wife and three children (ages 8, 12 and 16) were leaving for school. Witnesses told authorities that the man started physically attacking his wife, who then pulled out a handgun and fired several shots, hitting him multiple times.

Sheriff Gonzalez giving a media update on a fatal domestic incident in the 7800 block of Peacock Park Ln. A 40 year old male is deceased. #HouNews pic.twitter.com/wiqYy48Vs1

"He shows up. We don't know what his intention was," Sheriff Ed Gonzalez said. "It quickly escalated."

Authorities said the man was out on bond for another attack on his wife.

The Harris County Sheriff's Office said the case will be referred to a grand jury to see if charges will be filed.

@HCSOTexas units responded to a shooting at the 7800 blk of Peacock Park Drive. Preliminary info: an adult male was shot multiple times by a family member at the location. The injured male has been transported to a hospital in critical condition. #HouNews pic.twitter.com/c1NhpDJnv9