Sheriff Ed Gonzalez accepted the Administrative Disciplinary Committee's recommendation to terminate Deputy Cameron Brewer, who had been on administrative duty since the shooting. 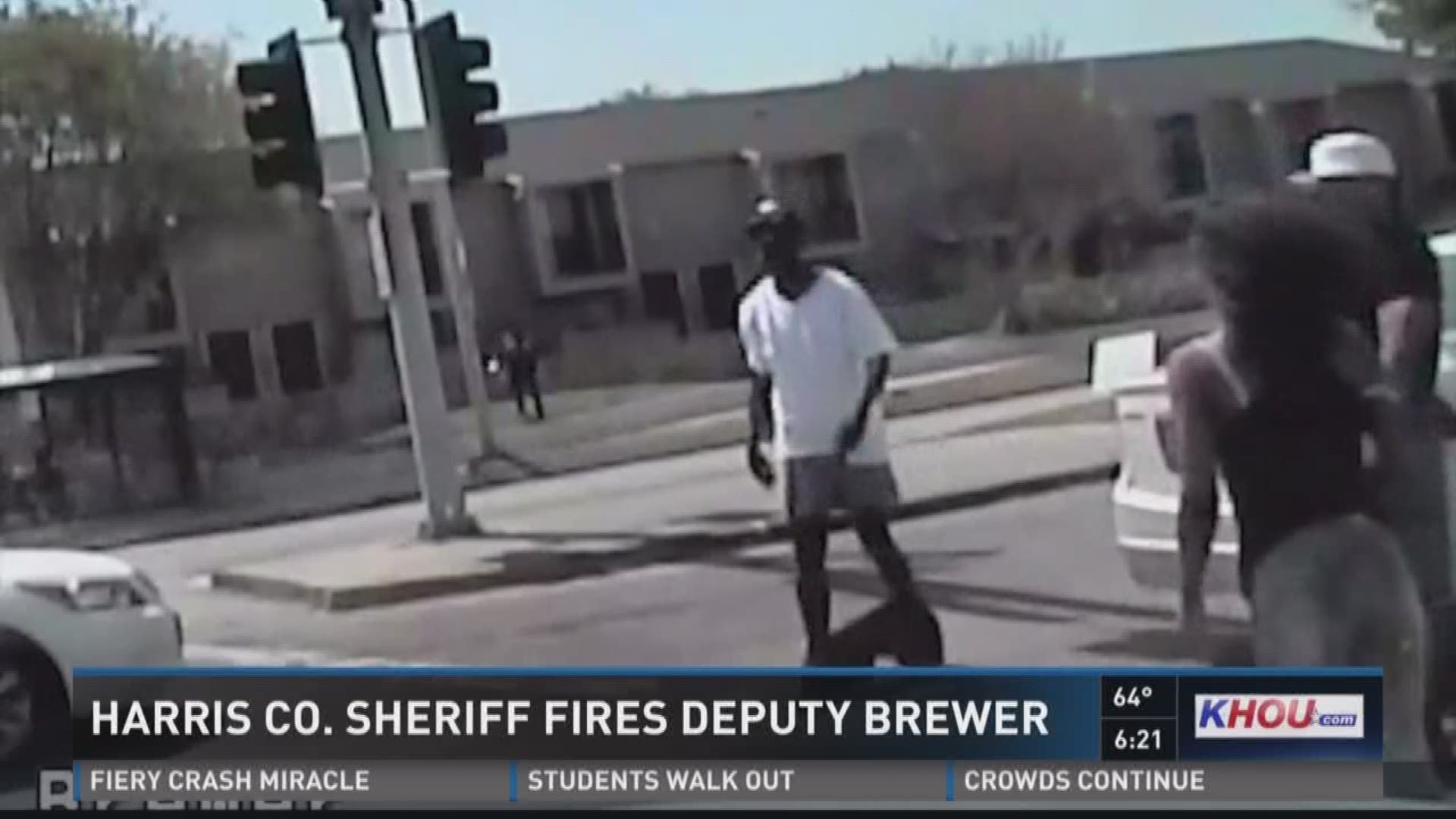 Sheriff Ed Gonzalez accepted the Administrative Disciplinary Committee’s recommendation to terminate Deputy Cameron Brewer, who had been on administrative duty since the shooting.

The committee based its recommendation on the findings of an Internal Affairs investigation that determined Brewer did not adhere to HCSO’s Use of Force Policy.

Danny Ray Thomas was shot and killed during a confrontation with Deputy Brewer at the intersection of Greens and Imperial Valley Roads. Much of the incident was caught on video.

Thomas, who was unarmed, had his pants around his ankles and walked toward the deputy despite warnings to stop.

“(Brewer) thought he saw something in (Thomas') hand. What it was exactly, we’re not sure yet,” said Harris County Sheriff Ed Gonzalez. “But the male kept advancing toward the deputy.”

Deputy Brewer fired one shot and killed Thomas, according to Gonzalez. Witnesses said Thomas had been causing a disturbance in the area.

Attorneys for Thomas' family, Ben Crump and Bob Hilliard, released a joint statement in response to the firing on Saturday.

“The acknowledgment that this officer violated use of force policy when he killed a non-threatening innocent man who was mentally ill and who was committing no crime will enrage a Harris County jury. Perhaps a jury’s verdict will cause the sheriff’s department to focus on training, supervision and monitoring its officers. The color of your skin and state of your mental health should not be factors in whether you live or die in an interaction with police."

Thomas’s family filed a lawsuit against the county this month.

“With the filing of this lawsuit, we declare that just because you have a mental ill crisis, does not mean you should encounter the death penalty executed by a police officer on a street corner,” said attorney Ben Crump.

The Harris County Sheriff’s Office would not comment on pending litigation. But Gonzalez previously stated a quick resolution to this case is something the Thomas family, and all involved, deserve. He added in the days after the shooting that department policy generally calls for non-lethal measures to be used in cases like this before deadly force.