HPD said the suspect, who was out on bond for three aggravated robbery charges, was on the run after he allegedly assaulted and kidnapped his girlfriend Sunday. 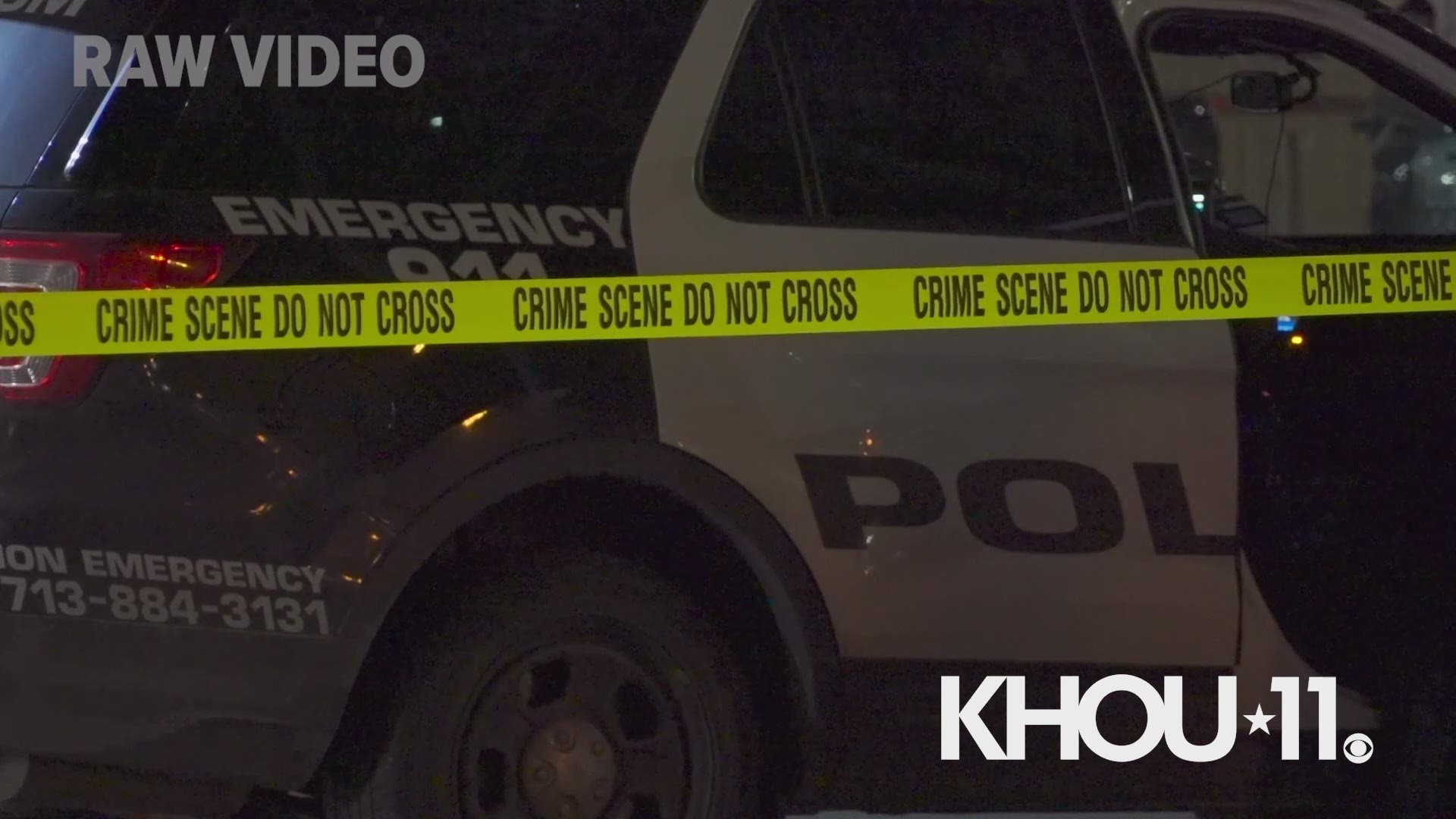 HOUSTON — The chase for a suspect accused of several violent crimes, including beating and kidnapping his girlfriend, ended with gunfire Monday outside a motel along the East Freeway, according to the Houston Police Department.

HPD Asst. Chief Chandra Hatcher said the suspect was wanted for aggravated assault with a deadly weapon and aggravated kidnapping charges. His identity has not been released.

He is accused of kidnapping and beating his girlfriend Sunday night. Luckily, police said the woman was able to escape.

Hatcher said Harris County Sheriff's Office received a tip the suspect was in the area and went to gather more intel. While out, investigators spotted the suspect getting into a vehicle and driving off, she said.

HPD said a chase ensued with the suspect getting onto the East Freeway headed westbound, exiting and then getting back on in the freeway's eastbound lanes. At some point, police said the man stopped on the freeway and escaped on foot.

HPD commanders, investigators & PIO are en route to a scene in which a HCSO deputy & armed suspect exchanged gunfire following a pursuit that ended in the 12000 block of the East Freeway. Neither was struck.

Investigators said one HCSO deputy continued to pursue the suspect and followed him to the Red Roof Inn in the 2000 block of the East Freeway.

The deputy reportedly found the suspect hiding behind a vehicle in near the motel's courtyard. Hatcher said the officer gave the suspect verbal commands, and the man responded that he was armed.

That's when a shootout erupted between the HSCO deputy and the suspect. HPD said shoots were fired by both parties multiple times, but no one was hit.

Eventually, Hatcher said additional officers arrived at the motel and the suspect surrendered.

Police said there was some property damaged, but no one was injured. The suspect was taken to the hospital for elevated blood pressure, Hatcher said.

The suspect's weapon, a handgun, and vehicle were recovered from the scene. Hatcher added the suspect is a known gang member.

In addition, Hatcher said the man was out on bond for three previous aggravated robbery charges.

Both HPD and HCSO are investigating the scene.