A portion of Beltway 8 near Highway 249 has been renamed the HCSO Deputy Sandeep Singh Dhaliwal Memorial Tollway. 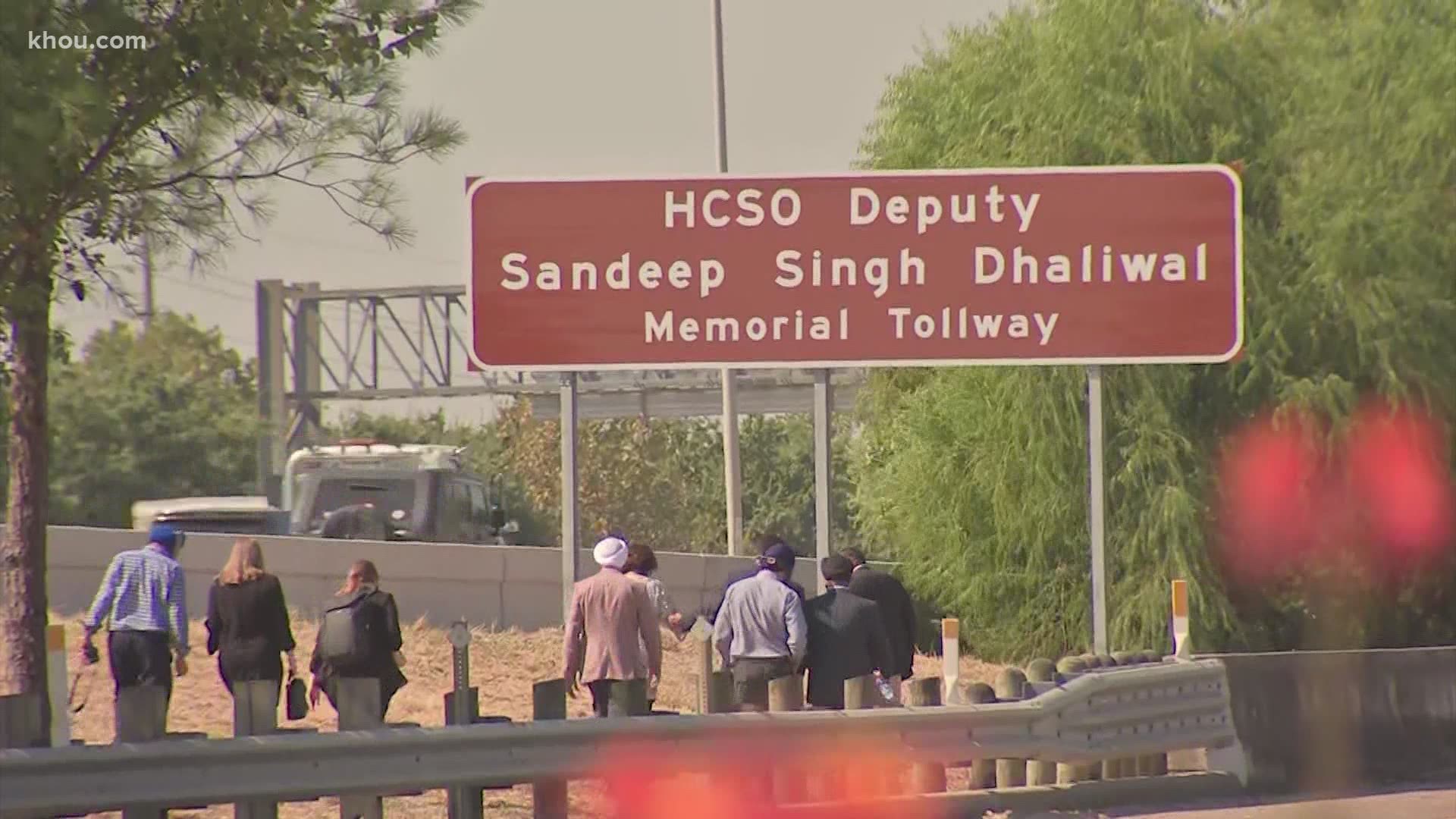 Harris County Sheriff’s Office and the others in the community continue to honor him more than a year after his death while in the line of duty.

The Harris County Toll Road Authority and sheriff’s office leadership announced Tuesday a section of Beltway 8 near highway 249 has been formally renamed in his honor.

Over the past few weeks, officials have commemorated Dhaliwal.

On the one-year anniversary of his death, the HCSO held a memorial procession in his honor and his neighborhood unveiled a stone memorial dedicated to him.

Dhaliwal was killed during a traffic stop on September 27, 2019.

He is recognized as the first law enforcement officer in Texas to serve while upholding traditional Sikh values, such as having a beard and wearing a turban.

Dhaliwal was a 10-year law enforcement veteran, a husband, a father of three children— and above all, known for his commitment to community service.