Investigators said the driver failed to yield the right of way and hit the officer's vehicle as it was moving through a greenlight. 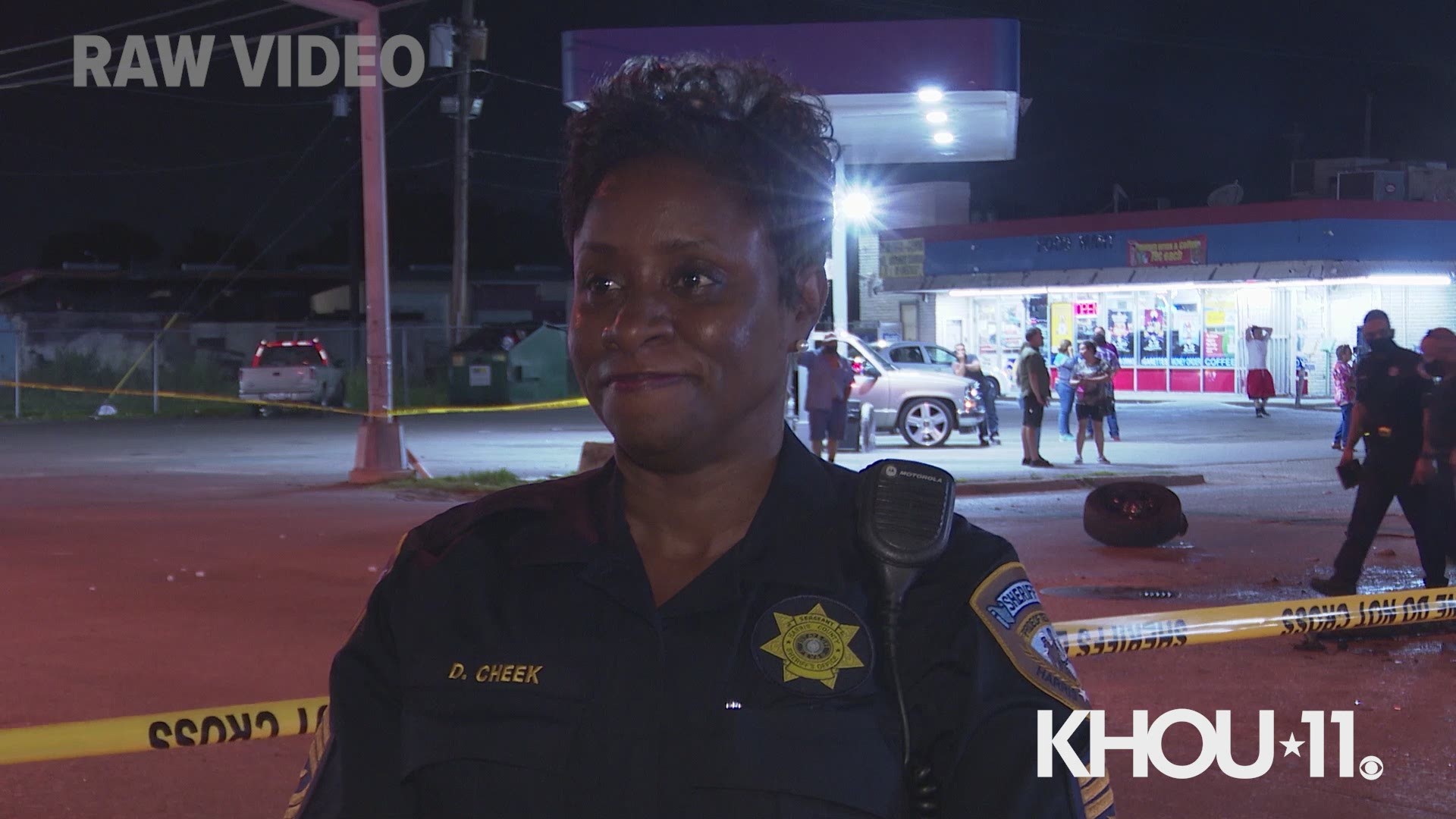 HARRIS COUNTY, Texas — A sheriff's deputy was injured in a crash late Sunday in the north Harris County area, according to investigators.

It happened in the 2000 block of Hopper Road near Aldine Westfield at 8:05 p.m. It was the second crash involving an officer to happen over the weekend.

Investigators said the sheriff's deputy was driving through a greenlight in the eastbound lanes of Hopper Road when they were hit by a Chevy Equinox traveling in the westbound lanes.

Both vehicles had the greenlight, but they said

They said the civilian driver was trying to make a left turn onto Aldine Westfield but failed to yield the right of way.

The officer was taken to Houston Northwest Hospital with minor injuries.

The at-fault driver and passenger – both described as women in their 20s – were taken to Memorial Hermann Hospital. Deputies said they’re expected to be OK.

HCSO said the deputy was headed to a DWI call when the crash happened. The case is still under investigated but it doesn’t seem alcohol played a role.

Later in the night, the sheriff's office confirmed a Precinct 4 constable deputy was involved in a deadly accident along Beltway 8 in northwest Harris County.