Have you seen these beige metal boxes being installed in your neighborhood?

“Starting to see these things pop up in the neighborhood, and it’s pretty disturbing. They’re ugly," said Houstonian Jim Wisner. 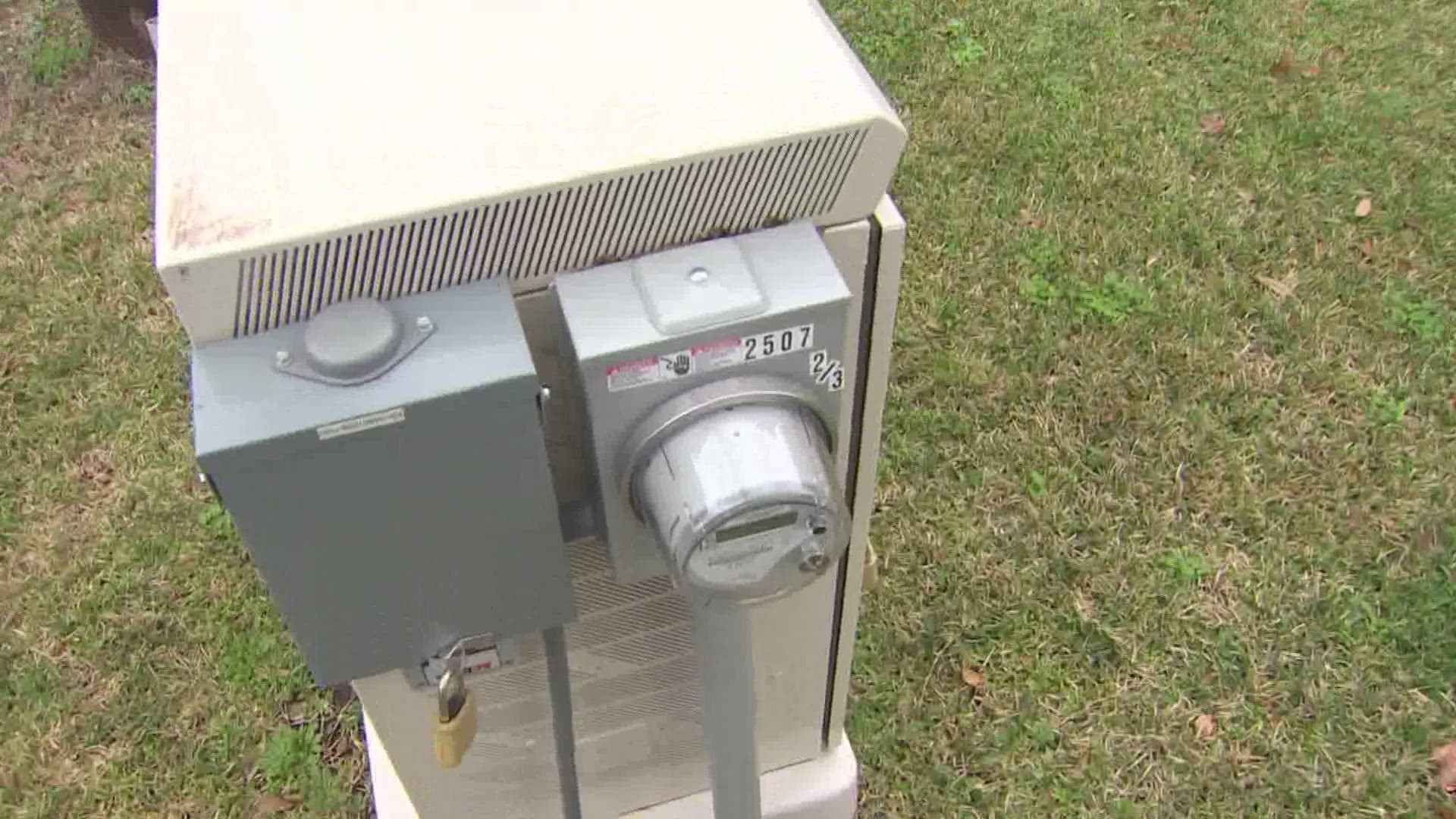 HOUSTON — 5G wireless technology is speeding up everything from text messages to Netflix binge fests. But have you ever wondered what it takes to make 5G happen? Some Houstonians say it’s at the expense of their curb appeal.

“Just arrived one day and impacted our neighbor’s house,” said Jim Wisner of a beige metal box that was installed along his Montrose neighborhood street last year.

“Starting to see these things pop up in the neighborhood, and it’s pretty disturbing," Wisner said. "They’re ugly. There’s no warning, no discussion about them. No discussion of alternatives.”

When it comes to cell service, big towers or utility poles might come to mind. In Wisner’s neighborhood, cell service is also extended through those beige boxes. They’re about the size of a dishwasher. And in some neighborhoods, they’re the first thing people see when they walk out of their homes.

In 2018 Houston became the 3rd U.S. city to get Verizon 5G. During a press conference at Houston City Hall in July 2018, Mayor Sylvester Turner described the latest broadband technology as something that “will bring jobs, no question, to the City of Houston. Quite Frankly, it will bring companies to the city of Houston.”

5G stands for 5th generation wireless technology. It works best at short range, and the towers are smaller than previous generations.

“We'll never promise that there won't be new poles that show up, but our goal is not to put a lot of new poles,” said Krista Bourne, a spokeswoman for Verizon, in 2018.

Instead, Verizon is installing the boxes, which are technically called ground furniture. They convert power and house a fiber distribution panel. Basically, it extends 5G service throughout the area.

Kevin King, Director of Corporate Communications for Verizon, wrote in an e-mail to KHOU 11: "With all of our network equipment, we comply fully with all zoning and permitting requirements, and potential antenna locations must meet all local, state and federal regulations. These are placed in the Right Of Way and are properly permitted."

It's the reason why a cell phone pole was able to be constructed in the middle of a Spring Branch sidewalk later in 2017:

This is why Houstonians likes Wisner aren’t protesting.

"Nobody’s going to do anything about (it),” WIsner said.

But in the same e-mail to KHOU 11, King writes, "I did confirm with our local team that we are required to work with design districts and historical commissions, but not with individual homeowners - though we do work with larger HOAs even though we are not required to do so. Please know we take all complaints very seriously. Each case is assessed on an individual basis, with many factors going into that assessment. In limited instances, we have determined that there is sufficient reason to move it, and have done so."

We just don’t know where that happened or the reason why.