Harris County Pct. 4 deputy returns to work after being shot while on duty

Deputy Hendrix went back to work Monday and was greeted with nothing short of smiles, hugs and cheers. 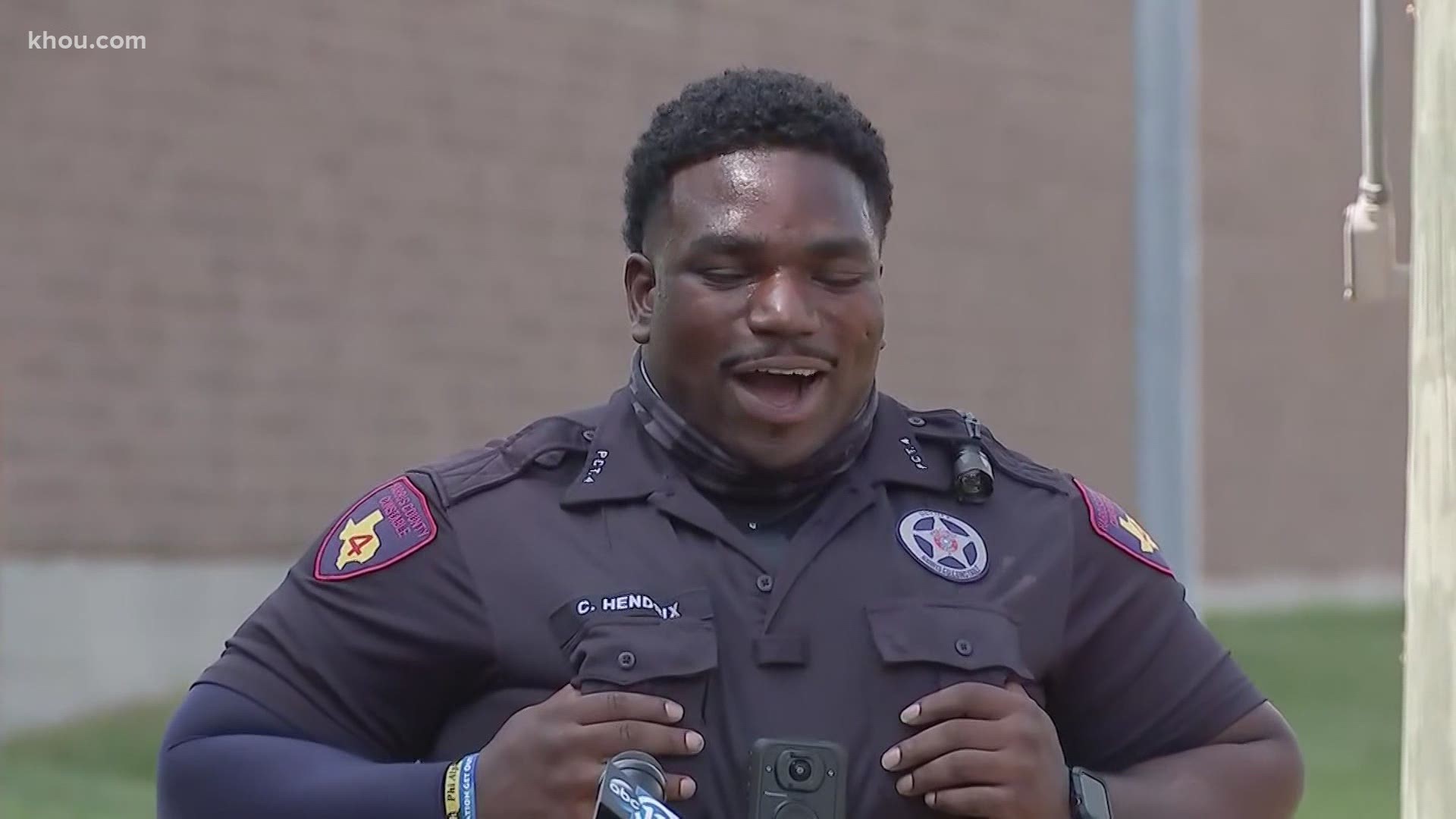 HARRIS COUNTY, Texas — After being shot in the line of duty and undergoing several surgeries and rehabilitation, Harris County Precinct 4 Deputy Chris Hendrix has returned to what he loves to do most.

*EDITORIAL NOTE: The above video is from July 7, when Deputy Hendrix was shot and taken to the hospital.

Deputy Hendrix went back to work Monday and was greeted with nothing short of smiles, hugs and cheers.

Hendrix's brothers and sisters in blue greeted him with a homecoming party and celebration to welcome him back to full patrol duties.

Hendrix was shot back in July while responding to a domestic disturbance call at a north Harris County apartment complex.

READ: Deputy constable who was wounded in deadly shootout in north Harris County released from hospital

The suspect in the shooting opened fire at deputies using a rifle. Deputies shot back, killing the suspect who was a military veteran.