The program uses video chat to connect the county’s voters to interpreters in American sign language and dozens of others. 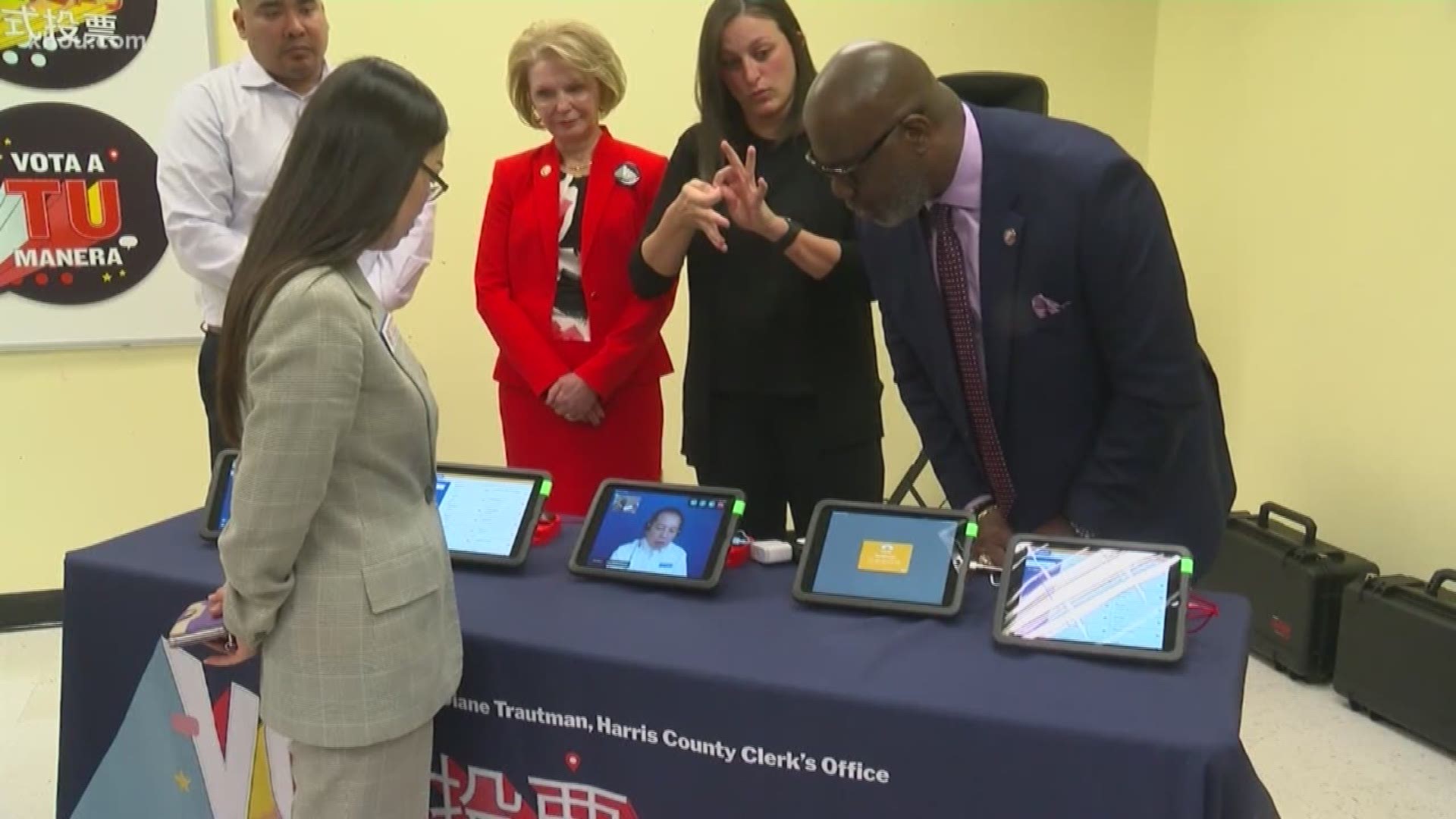 HOUSTON — Texas’ largest county is rolling out new technology to make voting in the primaries easier.

Harris County unveiled its new Multilingual Virtual Pollworker, or “MVP," program Friday morning. It uses video chat to connect the county’s voters to interpreters in American sign language and dozens of others.

The county currently provides ballots and instructions in English, Spanish, Vietnamese and Chinese.

“As far as the requirement for the (Voting Rights Act), we’re only at four languages, but we have so many other languages in Harris County,” said Diane Trautman, Harris County Clerk. “We’re a very diverse county.”

The program will be at all 52 early voting sites before the March primary.

“These are end-of-life iPads that we have repurposed, so there’s no additional cost there,” Trautman said.

The upcoming primary will be the first where Republicans and Democrats can vote at any of the roughly 400 Election Day sites.

“This reduces confusion for the voters,” Trautman said.

Trautman said election night results will now be dropped off at four locations instead of one. She also said the new central counting station, which is moving from the County Clerk’s downtown office to its Election Technology Center in northwest Houston, will be able to house more staff and additional tabulation stations.

Houston is home to about a third of the Democratic primary votes in Texas, and the city continues to be in the political spotlight. Mike Bloomberg spoke downtown Thursday night, and Tom Steyer and Bernie Sanders opened offices in the city earlier in the day.

On Friday, a new poll from the University of Texas and the Texas Tribune shows Sanders leading among Texas Democratic voters after doubling his support since October.

“There are two stories here, one of which I think is old news,” said Bob Stein, KHOU 11’s political analyst. “We see Bernie Sanders leading (Joe) Biden and, of course, (Elizabeth) Warren with Bloomberg in that fourth slot.”

Stein believes the bigger story is the poll shows 52 percent of all primary voters polled said they would definitely not or probably not vote for President Donald Trump.

“There is a real concern that Donald Trump, though I doubt he’ll lose the state of Texas, could be a drag on the down ballot,” Stein said.

The poll shows the president holds a slight lead over each of the top Democrats in the race.