Democrat Bill McLeod shared plans to run for the Supreme Court of Texas. Then he learned part of the Texas Constitution considers his words worthy of resignation. 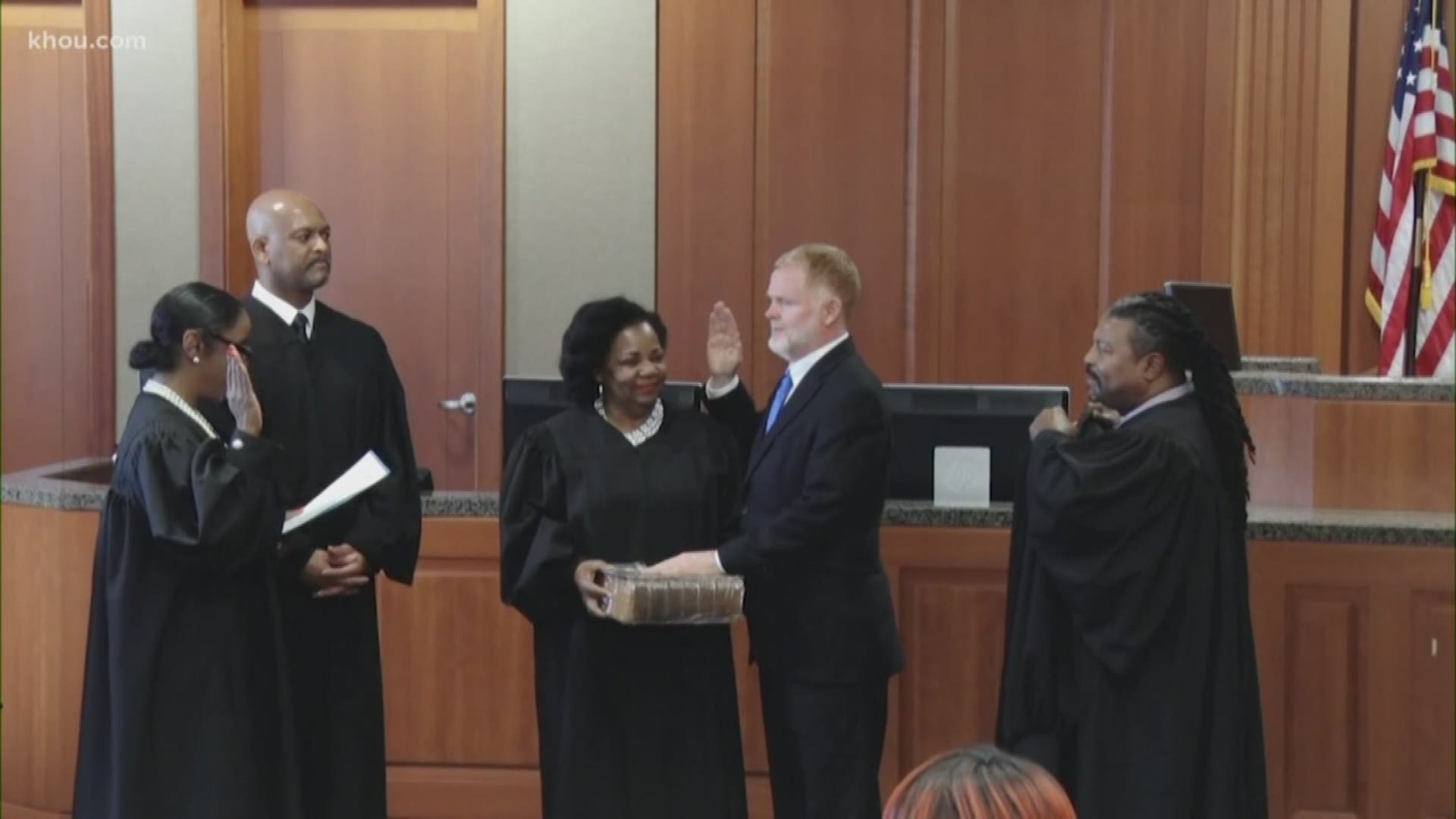 HOUSTON — Less than three months on the job, one of Harris County’s new judges resigned without knowing it.

Democrat Bill McLeod shared plans to run for the Supreme Court of Texas. Then he learned part of the Texas Constitution considers his words worthy of resignation.

County Attorney Vince Ryan’s office will present the matter to county commissioners during next Monday’s meeting. Judge McLeod is rallying supporters to show up to help his cause.

Sworn in with more than half of Harris County voters’ support last November, Judge McLeod could be on his way out thanks to his own words.

“Democracy, fairness, justice, the will of the people all of that is tied up in this decision by the (Harris County) commissioners,” said Daniel Cohen, a McLeod supporter.

After taking over Harris County Civil Court at Law Number Four and clearing 1,400 cases, McLeod posted online future plans to run for state supreme court, McLeod told KHOU 11 News on the phone. Then, someone showed him Article 16, Section 65 of the constitution which for judges of county courts at law considers any officer announcing candidacy for another office an automatic resignation.

However, the constitution also allows county commissioners, given charge over appointing replacements, authority to keep McLeod as a holdover until there is a special election, according to KHOU 11 News legal analyst Gerald Treece.

“I think that’s a perfectly legal option and (commissioners) should take it,” Cohen said.

Concerned about ethics violations, Judge McLeod declined to be interviewed. However, supporters Kandice Webber and Cohen are part of a social media push, seen by more than 2,400 people to crowd the next county commission meeting with McLeod backers to sway the court’s opinion.

“Our judges are human,” Webber said. “This would not be the first time that a judge has made a mistake. I would beg the court to leave him where he is. This is where Houstonians want him. This is where Harris County wants him, and we made that very loud and clear at the ballot.”