"His Precinct 4 brothers and sisters are on stand-by and ready to bring him home," the constable's office said in a release. 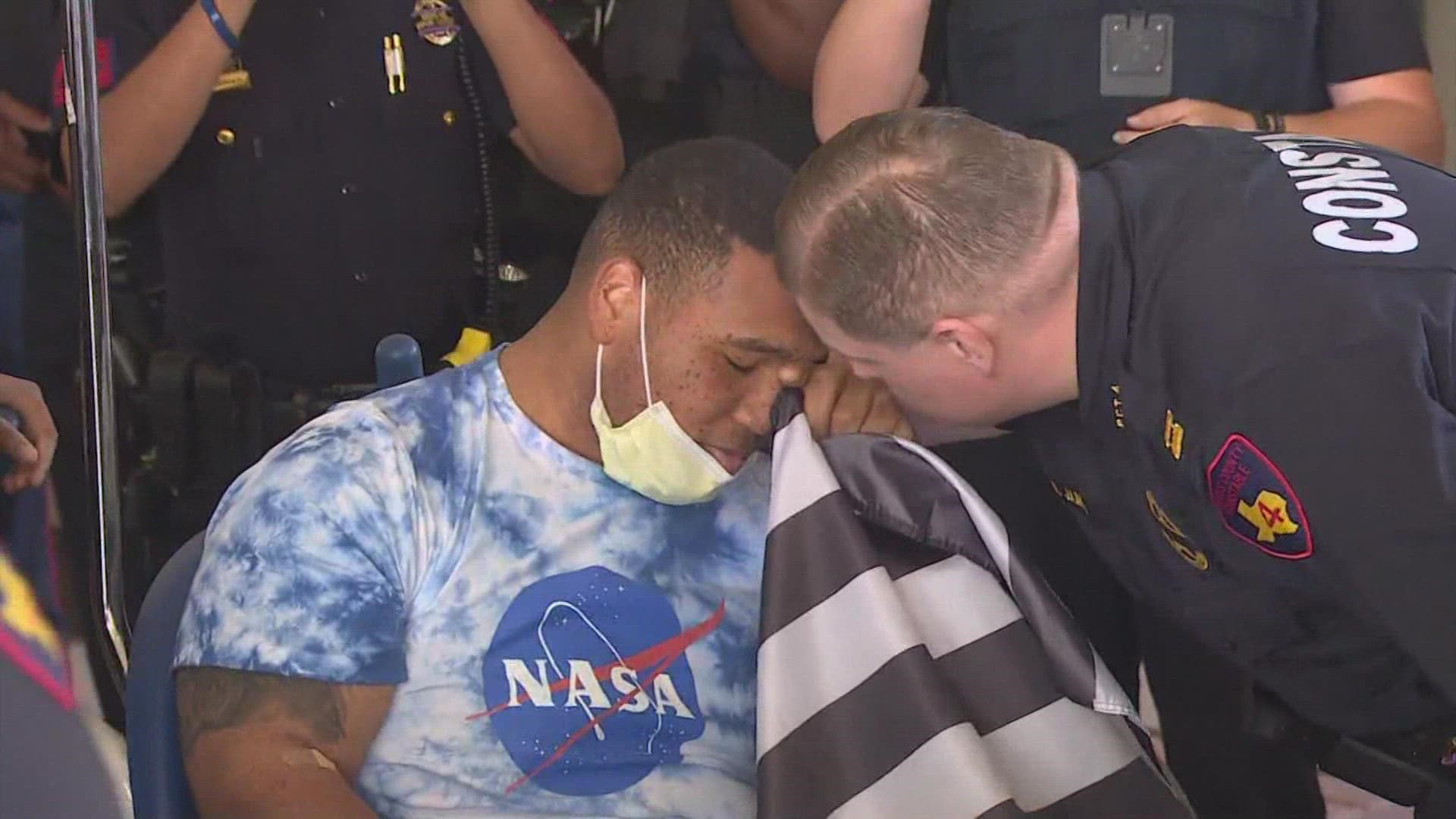 HOUSTON — Harris County deputy constable Juqaim Barthen has been released from the hospital Wednesday after he was injured during a shooting over the weekend.

Barthen was emotional as he was rolled out of the front of a Houston hospital in a wheelchair. His brother and sisters in blue lined the outside of the hospital and cheered loudly as Barthen made his way to his car.

The Harris County Pct. 4 Constable's Office said he will be recovering in the comfort of his home surrounded by family and loved ones.

Barthen, 26, was one of three officers shot while working an extra security job at a club in north Houston. The deputies were trying to restrain a possible robbery suspect when Constable Mark Herman said they were ambushed from behind by a gunman armed with an AR-15-style rifle.

Garrett remains hospitalized as of Wednesday, and according to his fiancée, he has undergone multiple surgeries to remove a bullet that damaged several organs.

"His Precinct 4 brothers and sisters are on stand-by and ready to bring him home," the Harris County Precinct 4 Constable's Office said in a release.

RELATED: 'They do everything together' | Fiancée describes relationship among deputy constables who were shot early Saturday

The Houston Police Department is leading the investigation into the deadly shooting. No arrests have been announced.

GoFundMe accounts have been set up for all three officers who were shot.

RELATED: How to help the families of three Precinct 4 deputies ambushed outside Houston sports bar

Here are the links: