If the county replaces the machines, they’d debut in May 2021, too late for the November 2020 presidential election. 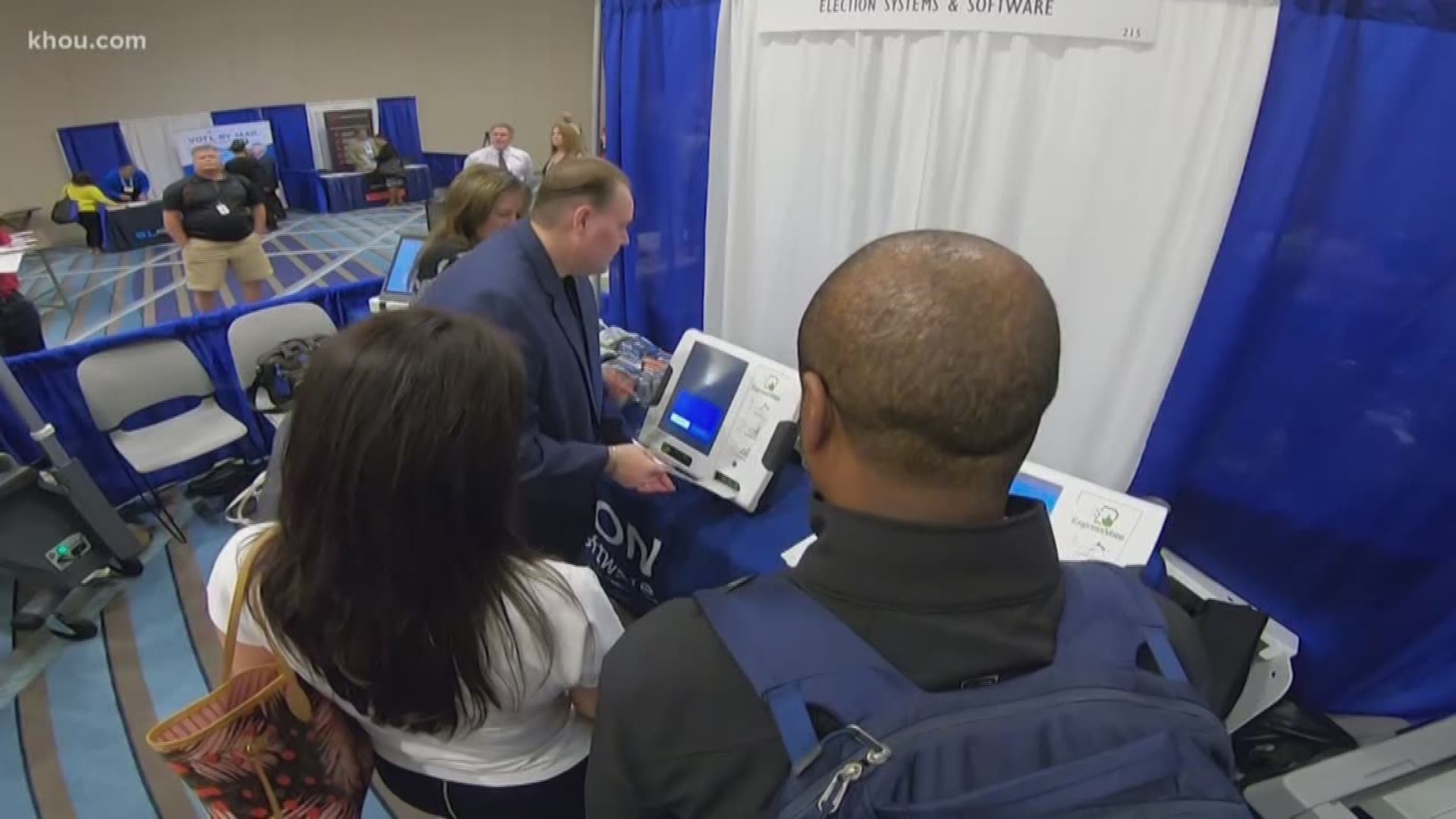 “Houston and Harris County are in the market for new voting machines,” said Dr. Trautman, who told reporters the current technology is 20 years old. “(There are) a lot of requests for paper ballots now. I have made no decision. We’re looking at everything now.”

During the November 2018 midterms, dozens of voters, including in Harris County, complained about straight ticket votes being changed on eSlate voting machines. The predecessor of Dr. Trautman, who was sworn in January 2019, blamed it on human error.

If the county replaces the machines, they’d debut in May 2021, too late for the November 2020 presidential election.

“I do not think that this is going to be possible in a county the size of Harris County,” Dr. Trautman said.

“You really had to educate the public,” Winn said. “You can touch the candidate of your choice, and it may be a little bit (faster), more efficient, and so we have to look at those metrics.”

Winn said the process is “wide open," adding the county will look at the four systems certified at the federal and state level. He said it’s also possible the county could stick with its existing machines.

D.J. Ybarra, Executive Director of the Harris County Democratic Party, said he’s encouraged by what he heard Tuesday and supports anything that makes voting faster and easier.

“Without straight ticket voting, we’re going to be faced with some longer lines,” said Ybarra, referring to a law passed by the Texas Legislature ending straight ticket voting starting with the 2020 election. “We have to make sure that we are doing everything that we can to get people through the lines so they’re not standing in line waiting.”

Paul Simpson, Chair of the Harris County Republican Party, called the voting machine replacement plan a “boondoggle” and accused the county clerk of trying to fix a system he believes is not broken.

“These machines are safe and reliable, all parties get to check them out, the triple redundancy, and again, they’re never connected to the Internet, never hacked,” Simpson said. “Most of them were new since they were replaced after a 2010 fire, so it’s a waste of money.”

The public can submit input on voting machine replacement at HarrisVotes.com. County election officials plan to choose a final vendor, which County Commissioners must approve, in July 2020.