Out of nearly 4,000 crimes reported since January 2016, Chief Art Acevedo of the Houston Police Department says a quarter of them are prostitution-related. 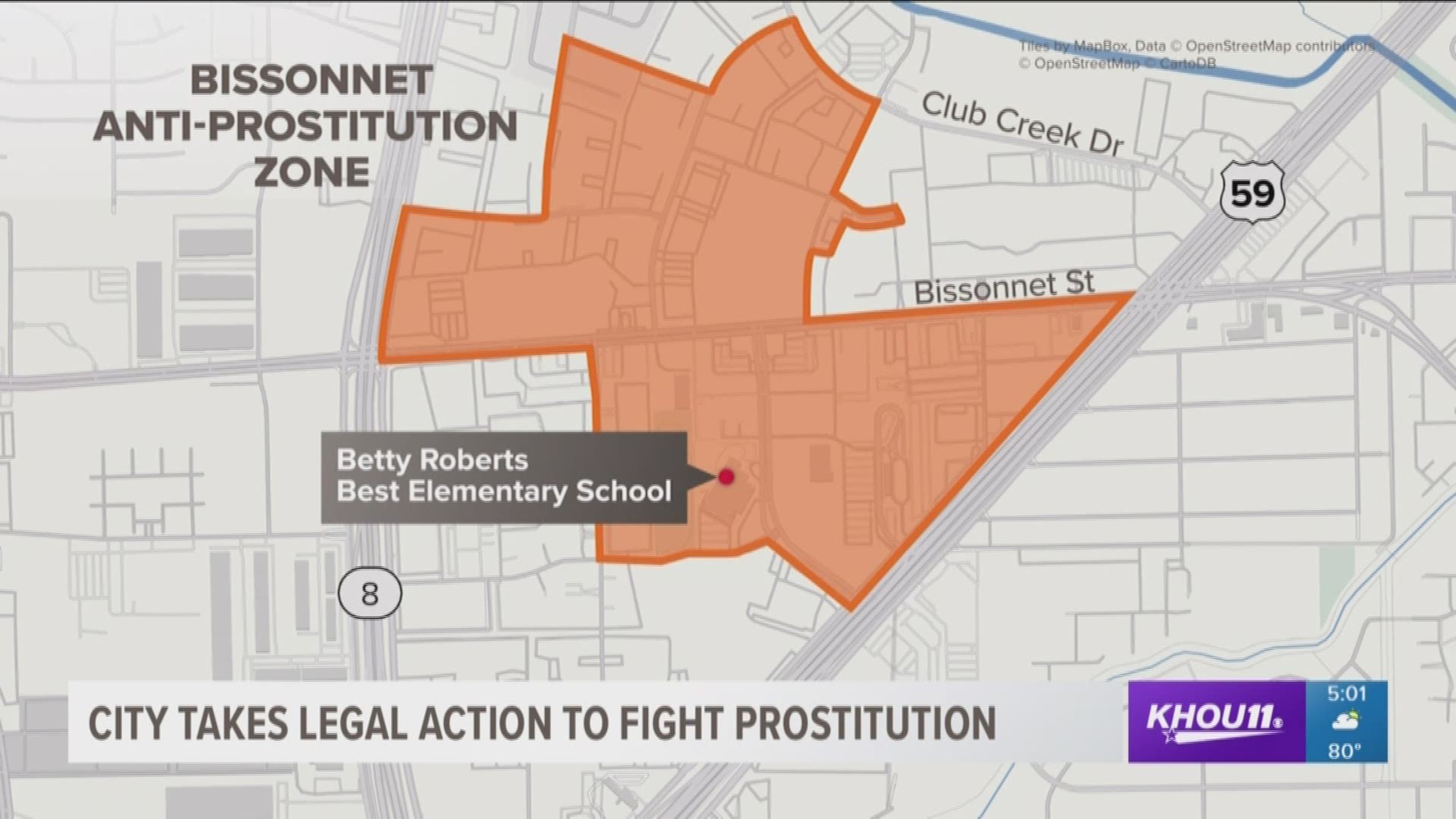 HOUSTON — Houston and Harris County officials are fighting back against the sale of sex and human trafficking with a strategy they say is the first of its kind in Texas.

That area stretches north and south of Bissonnet between Southwest Freeway and Sam Houston Tollway in Southwest Houston. Officials say it’s known as “The Track" and “Houston’s Red Light District” on international websites.

Police have made arrests in the area for years, and Ryan has recently sued smoke shops, motels, and spas. However, the crime hasn’t gone away.

Out of nearly 4,000 crimes reported since January 2016, Chief Art Acevedo of the Houston Police Department says a quarter of them are prostitution-related.

“(Prostitutes) walk up and down the streets all day long 24/7, seven days a week, 365 days a year,” said Chief Acevedo. “When we did our last march…they weren’t even afraid of the police. A lot of them just stuck around.”

On Wednesday afternoon at City Hall, Chief Acevedo, Mayor Sylvester Turner, and Ryan, joined by other top officials and community members, announced a lawsuit against 86 alleged pimps, johns, and prostitutes.

All 86 defendants have reportedly all been previously arrested for a prostitution-related crime, many multiple times. Several are currently charged with aggravated offenses like aggravated assault and sex trafficking.

“Pimps and traffickers unfortunately drop off their victims on Bissonnet and control and threaten these women,” said Chief Acevedo. “They harm them physically, psychologically. They abuse them. Unfortunately, buyers come in this area, and they’re a big part of the problem.”

Chief Acevedo says he also hopes this effort will help cut down on other violent crimes that often go hand-in-hand with prostitution, including robbery and sexual assault.

The lawsuit deems those defendants a "public nuisance", so a judge can keep them from entering or conducting certain activities inside the “Bissonnet Anti-Prostitution Zone”.

“The orders can be all different,” said Celena Vison, Assistant County Attorney. “So, it could be banishment from the zone, ‘Don’t come in the zone at all’. It could be, with respect to maybe one of the sellers, ‘She can’t walk up and down the streets at all, she can’t hail cars, she can’t loiter in businesses.’”

Because some of those defendants could be victims of human trafficking, this lawsuit also includes an "opt out" provision. Officials say they'll use a screening tool to ID victims and work with rights organizations to get help for those men and women.

Any of those 86 defendants who violate the lawsuit would be in contempt of court and could face a fine and/or jail time.