County Commissioners approved grant money to buy out nearly 300 homes located deep within floodplains that were damaged during Hurricane Harvey. 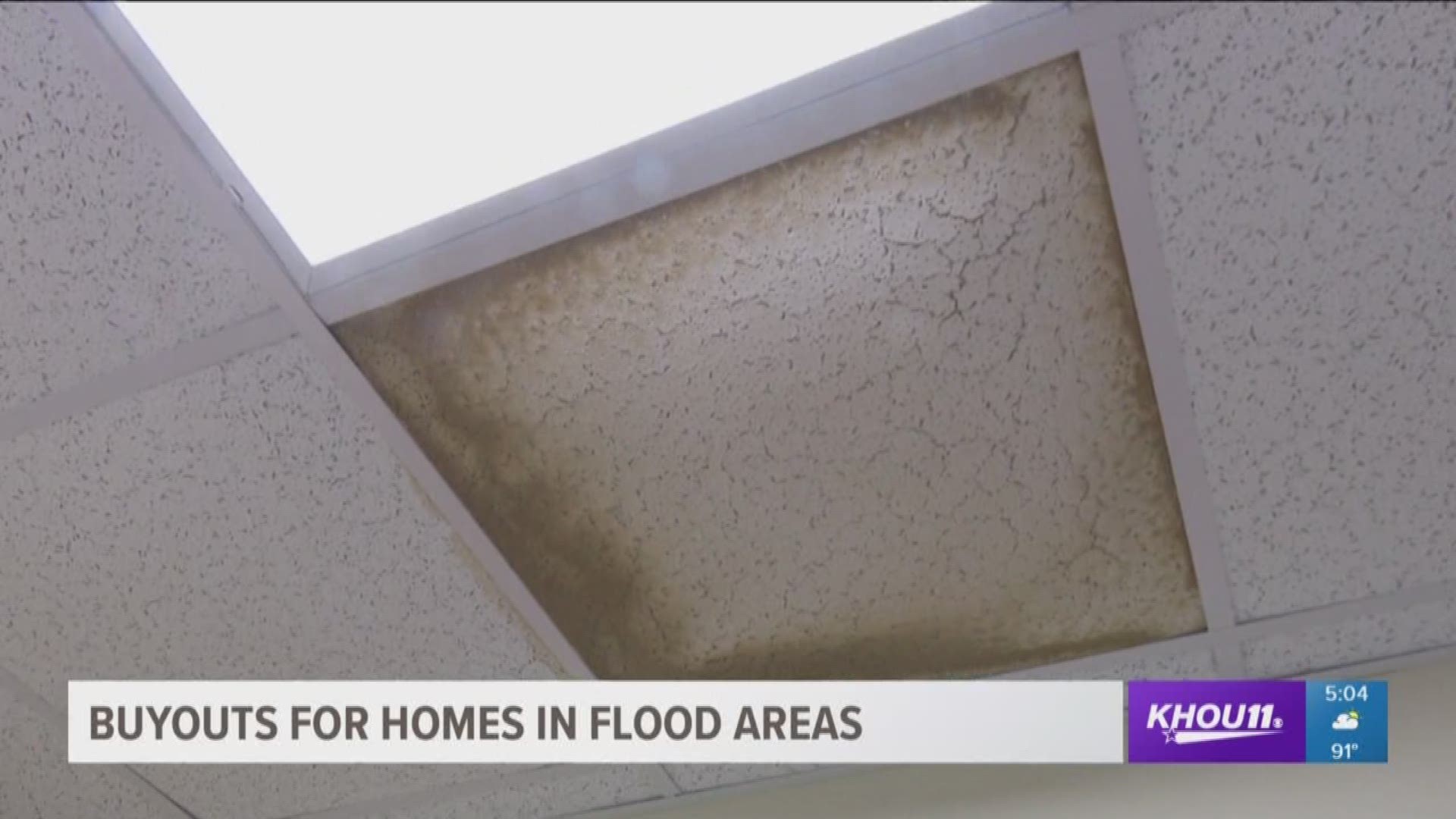 HOUSTON — Nearly 300 Harris County homes damaged by Harvey could soon be bought out after County Commissioners signed off on a $70 million grant on Tuesday.

The money could buy out 290 homes, all located deep within floodplains countywide. County officials say homeowners have been notified.

While more buyouts are on the horizon, some Harvey victims want to make sure they don't end up in another tough spot.

Outside the Greater New Grove Christian Worship Center Church in Northeast Harris County, the water went down months ago, but inside, the roof damage from Harvey has stuck around.

"For this community, that was a big hit,” said Lionel Parker, the church’s senior pastor and a member of nonprofit advocacy group Texas Organizing Project.

Parker says the small community church did not get any money from FEMA, spent $10,000 out-of-pocket initially to limit damage, and is currently working on a roof that could cost as much as $125,000.

It's a message the pastor and other community members brought to Harris County Commissioners before their vote on Tuesday.

"This is just one more step,” said Ed Emmett, Harris County Judge, after Tuesday’s vote. “You're probably gonna see this on every agenda, if not every other agenda going forward."

More buyouts are also part of the $1.15 billion plan for Harvey relief dollars from the U.S. Department of Housing and Urban Development that Commissioners forwarded to the state on Tuesday.

“We want to accept as many community comments as possible because the more we know, the more we can build a plan that addresses the needs out there,” Lemelle told commissioners during the meeting.

Emmett says county officials will work with the City of Houston, who passed a similar plan for more than $1.1 billion in HUD recovery money in June.

"The very people we need to help the most are the ones that are stuck in houses that probably do have mold, do have floors that are ruined,” said Emmett. “That's why we've got to push this as rapidly as it can."

While that process moves forward, those waiting for help are staying hopeful.

“I believe we were heard this morning,” said Parker. “We just want to make sure that on this side, families have an opportunity to know what's going on."

Emmett says he hopes to see the $1.15 billion in HUD dollars arrive by November. He also says we'll get them whether voters approve or vote down the August 25 flood control bond.