Precinct 3 Commissioner Steve Radack recently said some people want to get flooded so they can cash in, and he's not backing down from his comments. 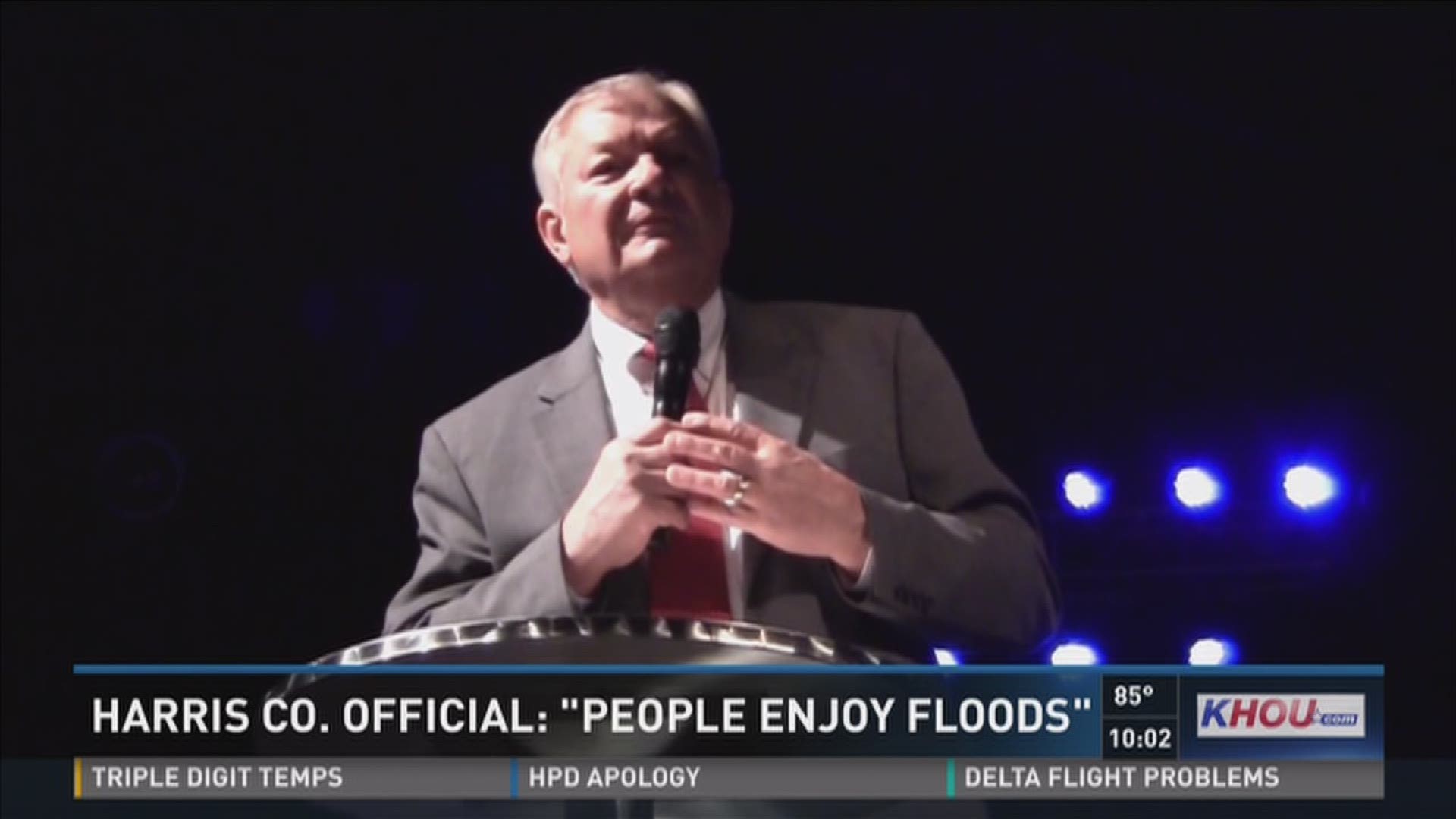 Comments from a Harris County Commissioner aren't sitting well with some people.

Precinct 3 Commissioner Steve Radack recently said some people want to get flooded so they can cash in, and he's not backing down from his comments.

Radack says this was one minute of a 90-minute community meeting in Cypress last Thursday night. However, to the audience of flood victims, it didn't go over well.

"I had about 3 to 4 inches in my house," said Terry Montgomery, who said cleaning up his Memorial area home after it flooded in 2009 was anything but easy.

"We had to move out for about three months so they could rebuild it," he said.

"Frankly, over the years, and the many years I've been doing this... they frankly enjoy floods. They'd like to see a flood about every 7 years, because they want new cars, they want their homes redone," Radack said at the meeting.

"I know flooding is tragic, I've dealt with it for more than two decades," he told KHOU 11 News when he sat down for an interview.

Radack says he was talking about fraud and telling the truth.

"That's not the way it is for most people," said Cynthia Neely, who is a board member with Residents Against Flooding.

She recorded the video at the meeting.

"A leader should not talk like that to people who are hurting," Neely said.

People like Montgomery, who, after all these years, are interested not just in talk, but in action.

"We don't like our properties being the retention area for the neighborhood," Montgomery said.

Radack says in the last year, he's had less than a dozen calls on flooding. He was surprised this was getting so much attention but says he welcomes the discussion.