Harris Co. Criminal Courthouse could be closed for 8 months

Prosecutors and court staff took files from the building Tuesday, after they were told that the courthouse could be closed for a while. 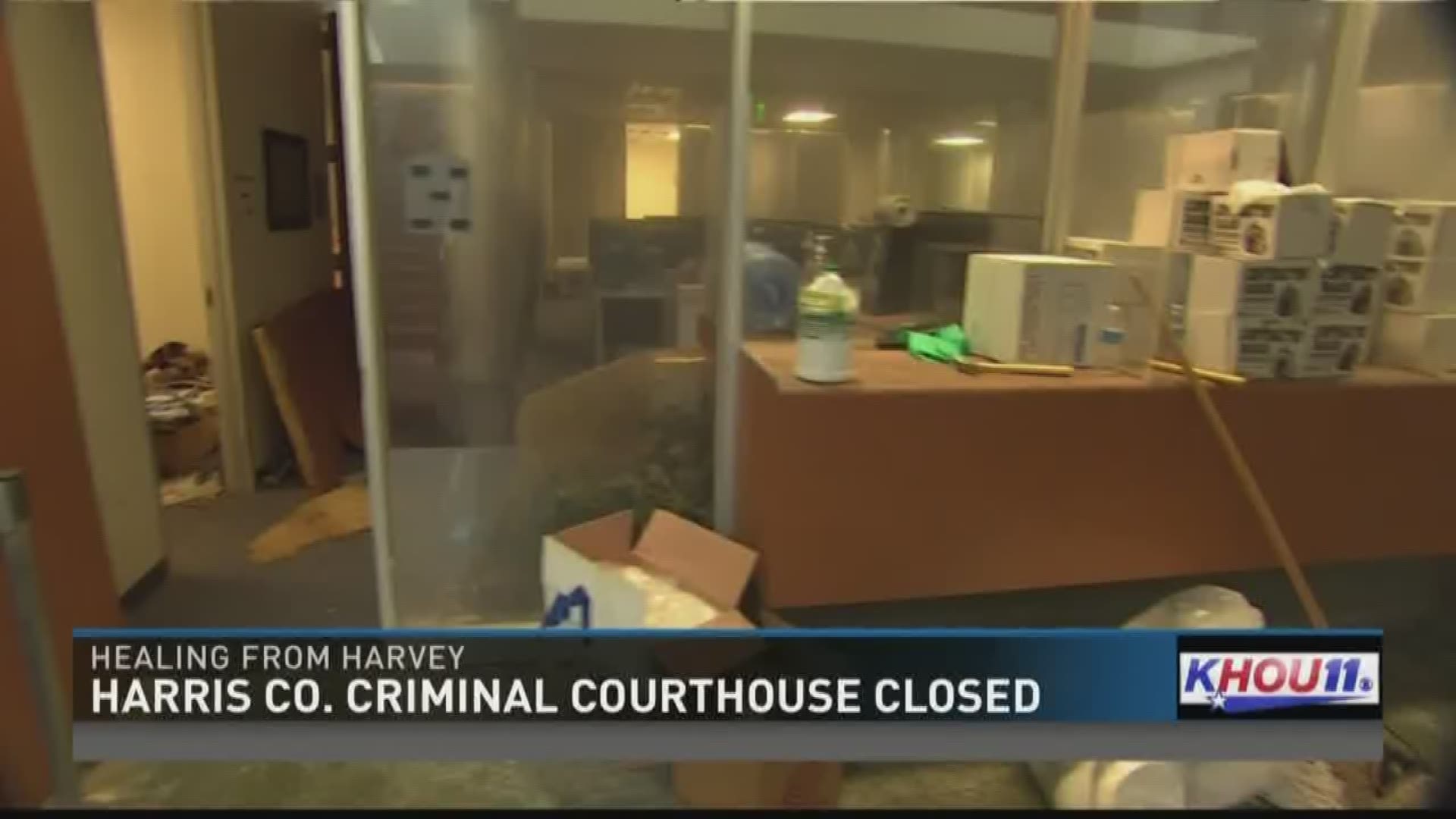 The sign at the front door of the Harris County Criminal Justice Center says it all: "This building will be closed until further notice.”

County engineers said that could mean eight months or longer after the criminal courthouse was dealt a triple blow—floodwaters seeping into the side of the building, raw sewage backing up and spilling out of restrooms and chilled-water air conditioning pipes that ruptured and broke.

Blount said nearly all of the building’s 20 floors sustained damage. He said his staff has identified “multiple breaks” to pipes on multiple floors but has to yet to tally up a total number.

Meanwhile, prosecutors, court staffers, even judges themselves spent Tuesday rolling away files and personal belongings from the building.

“It’s horrible, it stinks, you see the ceiling, the water spots, the ceiling is on the floor,” said Samantha Tracy, whose mother is a receptionist for Harris County District Attorney Kim Ogg.

“We’re having to move everything, totally everything out of the office, I don’t think we anticipated that,” Judge Collins said.

Everything includes framed law diplomas hanging on the wall. Many prosecutors carried them under their arms as they left their waterlogged offices.

County officials will have to relocate all 38 criminal courts to other facilities. It is a massive, but necessary task to keep the wheels of justice moving.

“Move on, that’s what you’ve got to do, unfortunately crime keeps happening so we’ve got to figure out a way to deal with it, said Assistant District Attorney Chris Condon.