Since its start seven months ago, 2,757 cases of animal abuse or neglect have been reported to the task force through its hotline or online. 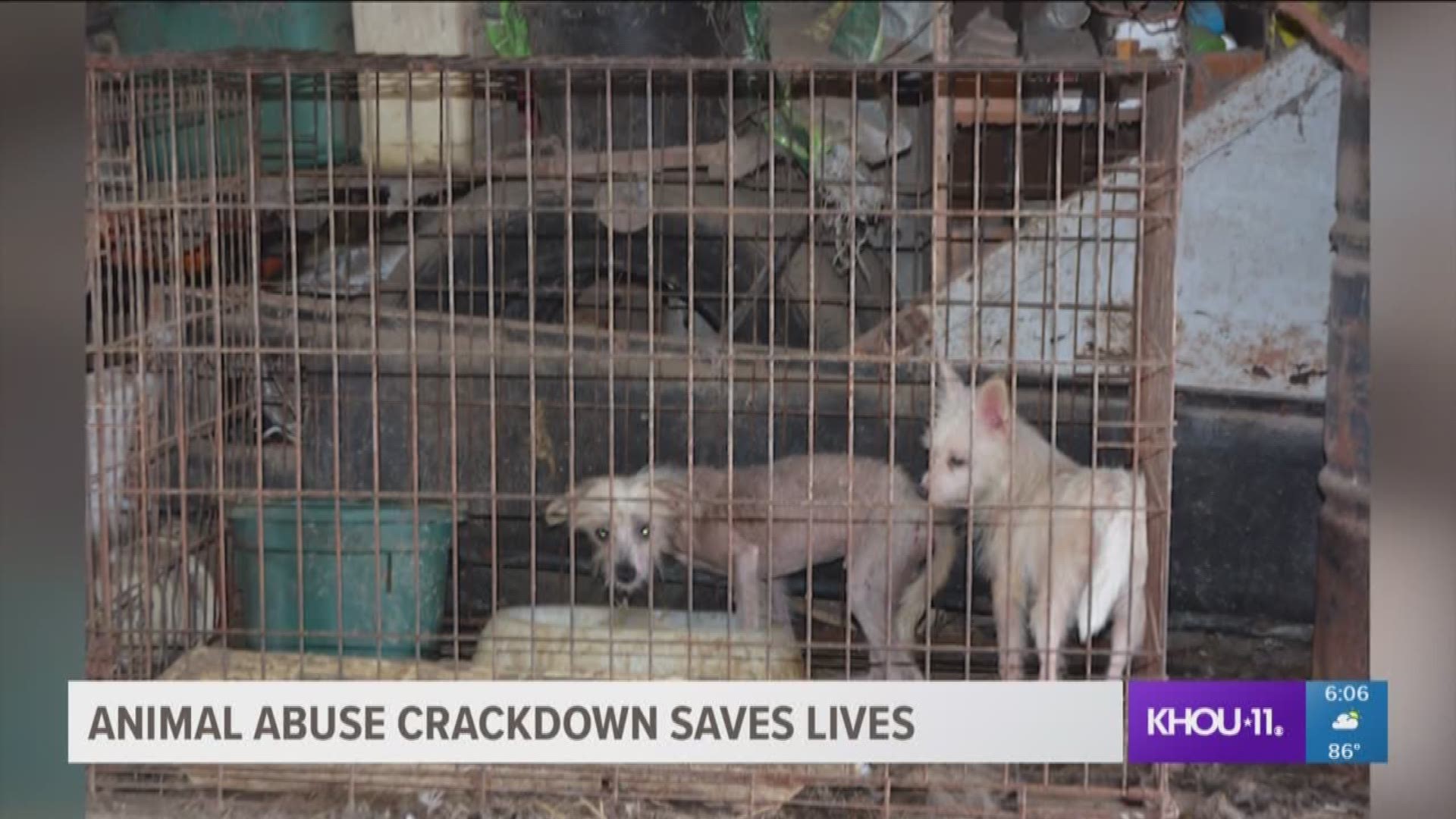 HOUSTON - Hundreds of animals have been saved from certain death since the Harris County Animal Cruelty Taskforce launched earlier this year.

The collaborative effort between multiple law enforcement agencies and animal welfare groups to investigate and go after those accused of abusing animals is showing positive results.

Rania Mankarious, CEO of Crime Stoppers of Houston, said there’s no doubt the task force is working thanks to the community who has alerted them to animal abuse.

However, she knows there are so many more animals that are suffering because their cases go unreported.

“Animal abuse is real. Animal abandonment is real. Neglect is real. Not only here in Harris County but across this country,” Heap said.

“Whether or not animals are a part of your life, each of us has the power and obligation to do something to help track, find and stop animal abusers," Mankarious said.

Since its start seven months ago, 2,757 cases of animal abuse or neglect have been reported to the task force through its hotline or online.

“Many of those animals would have met their fate if not having the task force be able to intercede on their behalf," Heap said.

The task force is also working closely with the Harris County District Attorney’s Office to make sure those accused are being held accountable.

“As of today, 172 criminal charges have been accepted which is a 195 percent increase over the same period last year,” Heap said.

To streamline the process, two full-time animal cruelty officers have been added to the task force. They’re funded by Houston PetSet for the next three years.

Without this organized effort, the task force fears many animals would not have a second chance to know what love is.

If you’ve witnessed any sort of animal abuse like neglect, dumping, abuse, hoarding, torture or dog fighting, you are urged to call (832) 927-PAWS or go to www.927PAWS.org.