Texas lawmakers are pledging to fix the racist deed restrictions "once and for all." 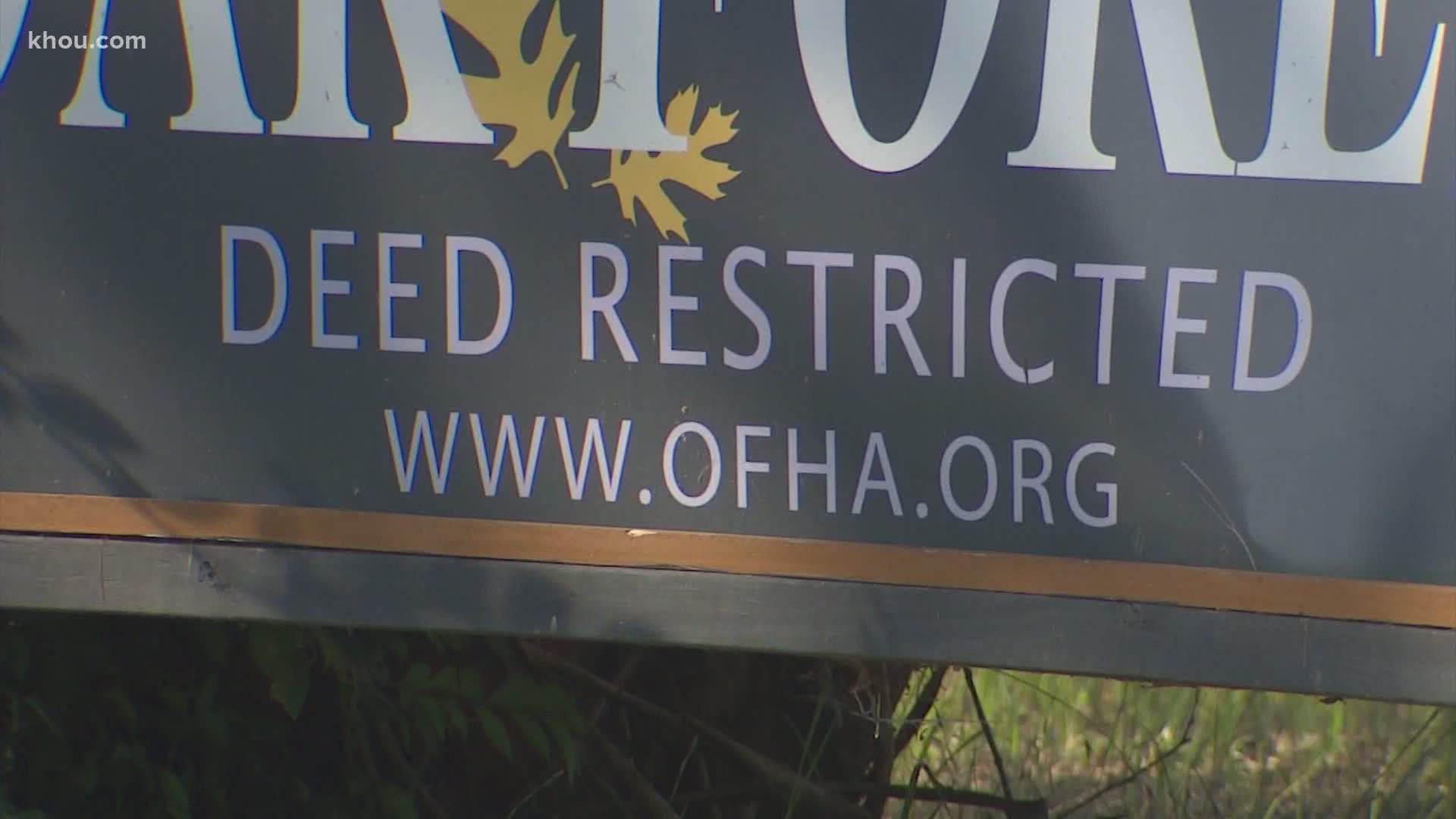 HOUSTON — A growing number of state lawmakers say they want to find a legislative fix to a decades-old stain on neighborhoods across Texas. Days after a KHOU report on efforts to rewrite the Oak Forest HOA's deed restrictions to remove racist language about homeownership, at least three lawmakers have thrown their support behind an effort to either make it easier for neighborhoods to do so or to outright ban the language statewide.

Sen. John Whitmire, who represents Oak Forest, told KHOU he learned about the HOA's antiquated rules, that only white people could own and live in homes in the northwest Houston subdivision, in February. While such racist bylaws are no longer legally enforceable, many say the language is morally repugnant and should be removed entirely. Whitmire said now that he knows of the issue "it will be stopped once in for all."

State Reps. Jarvis Johnson and Anna Eastman also hope to provide a legislative fix for the issue, which has persisted in many neighborhoods, because of how difficult and time consuming it can be to change deed restrictions in the state of Texas. According to HOA reps, that's part of the reason that Oak Forest has struggled to get rid of its offensive language, more than three years after it was uncovered.

During a virtual meeting of the neighborhood's HOA on Monday night, residents said they're eager to make the changes and volunteered their own time and effort to the cause. The HOA board said it's consulting its attorney on the matter as well.

Speaking to KHOU on Wednesday evening, Rep. Eastman called the rules "hurtful" and said they're "an incredibly hurtful reminder of the past."

Johnson told KHOU he'll work with his colleagues to craft new legislation to deal with the issue, not just in Oak Forest, but across the state. He said the time is right for this change and that a lot of people are finally saying "enough is enough."