Residents against the proposed railway from Houston to Dallas have asked for an investigation into Texas Central. 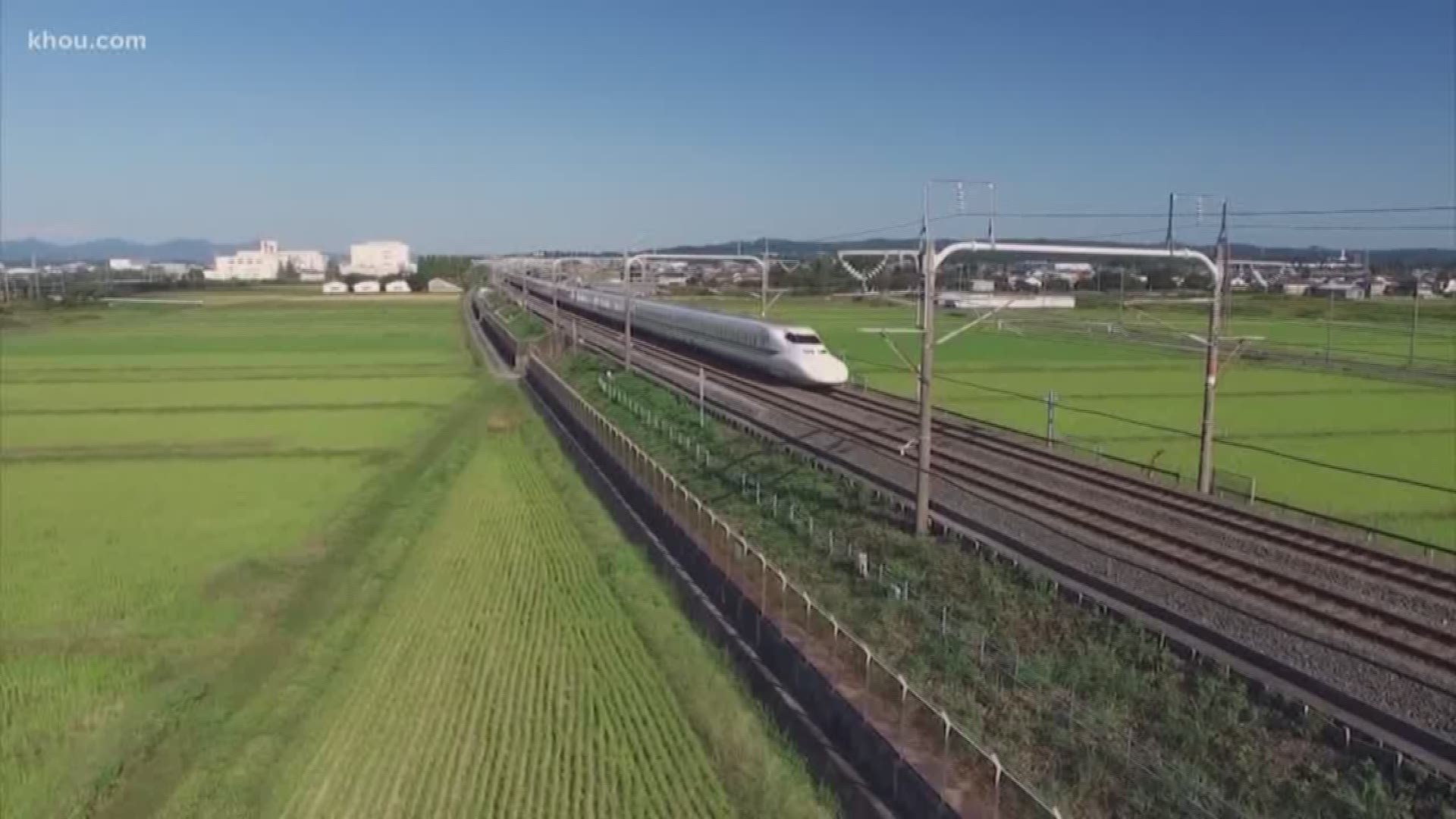 NAVASOTA, Texas — A town hall meeting by a group opposing the train from Houston to Dallas is hoping to gain more support from Washington.

The group is meeting Wednesday with Congressman Kevin Brady in Navasota to gain his support in Washington.

The speed railway that would connect Houston to Dallas. Texas Central says the construction for the projection will begin this year. According to the website, the project is estimated to cost $12 billion.

It's a price tag the Waller County judge believes is not a realistic.

“When you start looking at the numbers, they are overstating ridership," said Waller County Judge Trey Duhon. "Understating the construction cost. They have no eminent domain. They are not even a railroad."

The county judge is a board member for the group called Texans Against High Speed Rail. They are hosting a town hall meeting to update residents where the project stands and what is going on with ongoing litigation. They also hope to continue to get the support from the congressman in Washington to shut this rail down.

A group of five landowners on Wednesday sent the Texas House Investigative Committee a letter requesting them to look into potential perjury charges against Texas Central.

“That is a problem, because when you go in and you negotiate with a landowner, and you sign a contract, you are telling them if they don’t, you will take the land by condemnation. You don’t even have that authority. That is not a fair negotiation,” Duhon said.

“There’s no way they will get enough riders that are going to pay ticket prices they are going to charge that will make this thing cash flow,” Duhon said.

We have contacted Texas Central who tells us they were not invited to the town hall meeting. They’ve released the following statement:

"Citizens and elected officials recognize this is the right project, in the right place, at the right time to be successful. In addition to elected officials, over 100 organizations, associations, and groups representing millions of Texans are actively supporting the high-speed train.

"As milestones are reached, the enthusiasm grows across Texas and across the country. It is not surprising that those few detractors would also attempt to be vocal as progress is being made. Texas has the capacity, drive and population growth needed to make the Texas High-Speed-Train successful and it’s that momentum from across Texas and the country that’s pushing the nation’s first high-speed train forward. The majority of Texans support the high-speed train and are excited to have a new safe and reliable alternative to flying and driving.

"Since 2015, Texas Central has participated in close to 2,000 community events, including more than 40 public hearings and open houses, working countless hours to inform and answer questions along the route and beyond.

“As the Texas High-Speed Train continues to pass major milestones and approaches construction, opponents are becoming increasingly desperate in their attempts to create uncertainty, delays, and increased costs for Texas Central.

"As we’ve said in the past, Texas Central will prioritize the needs of landowners. We will continue to follow through with our commitments to landowners as shown in the progress of agreements and purchases of property along the alignment that have already been completed.

"Texas Central has met with thousands of rural residents along the route who support the efforts to build the nation’s first high-speed train here in Texas. This is the latest effort to misrepresent the process to the public and is only designed to attempt to slow down the creation of thousands of jobs and the contribution of billions of dollars in direct investment to their communities and the state.”