Carlos and Jemima Guimaraes will both spend time in prison for helping their daughter kidnap her 3-year-old son and take him to Brazil five years ago. 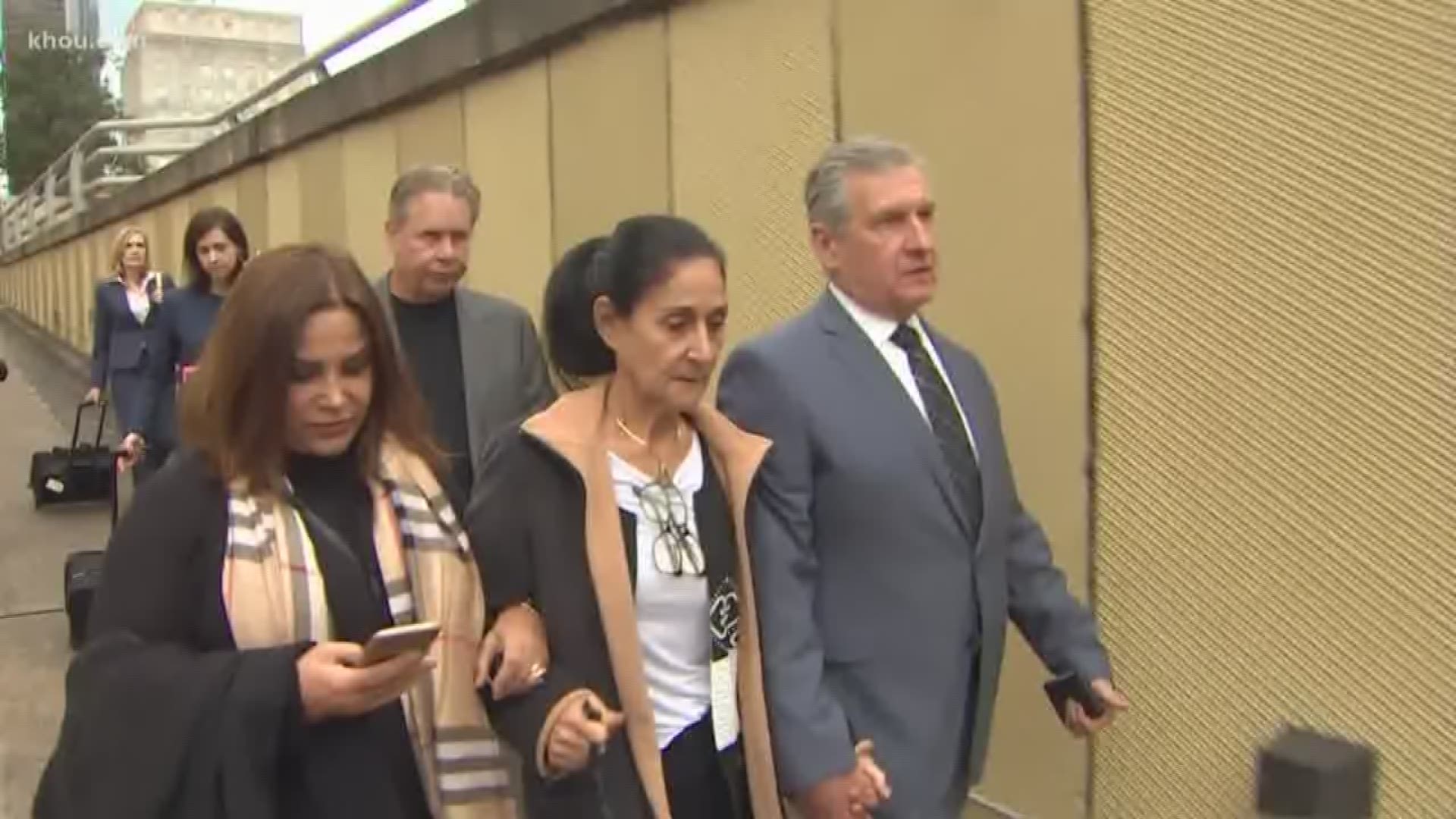 HOUSTON - A Brazilian couple in the middle of an international custody battle were sentenced in Houston on Wednesday.

Carlos and Jemima Guimaraes were convicted of kidnapping last May for helping their daughter, Marcelle Guimaraes, take her now 9-year-old boy to Brazil.

Both will have a 1-year probation period after they are released during which time they cannot leave the U.S. They will also have to each pay a $75,000 fine to the U.S. government.

The court also ordered the couple to not have any contact with Marcelle, but the court did not place a prohibition on communicating with their grandson.

The judge will allow the couple to voluntarily surrender. They will not report to prison until mid-January.

They will be under supervised conditions of release until then.

The couple's attorney said they believed what they did was justified because, they say, Marcelle was being abused her now-ex-husband, Chris Brann, when she and her son, Nico, went to Brazil for a wedding in 2013 and never returned.

Marcelle's decision sparked an international battle between a father who is fighting to get his son back and a mother who claims she’s risking everything to protect herself and her child.

Marcelle is now a fugitive wanted by the FBI, but she said she has no plans to return to Houston with Nico.

“It wasn’t an easy decision,” she told KHOU 11's Marcelino Benito in an exclusive interview. “I left everything behind: my clothes, my house. I left everything that I had constructed in my lifetime that I had worked for. I left a house under my name, my car, a career behind.”

Marcelle and Nico traveled to Brazil in July 2013 as she and Chris were going through a divorce. Both Marcelle and Chris signed a travel agreement that allowed her to travel out of the country with Nico to attend her brother’s wedding.

A Harris County judge ordered she return by July 20, nearly three weeks from the day they left. But they never did.

Fugitive mom breaks silence on son's kidnapping: 'I was in a situation of life and death'