The U.S. Chemical Safety and Hazard Investigation Board released their final report on the Aug. 31, 2017 explosions at the Arkema, Inc. facility in Crosby, Texas. 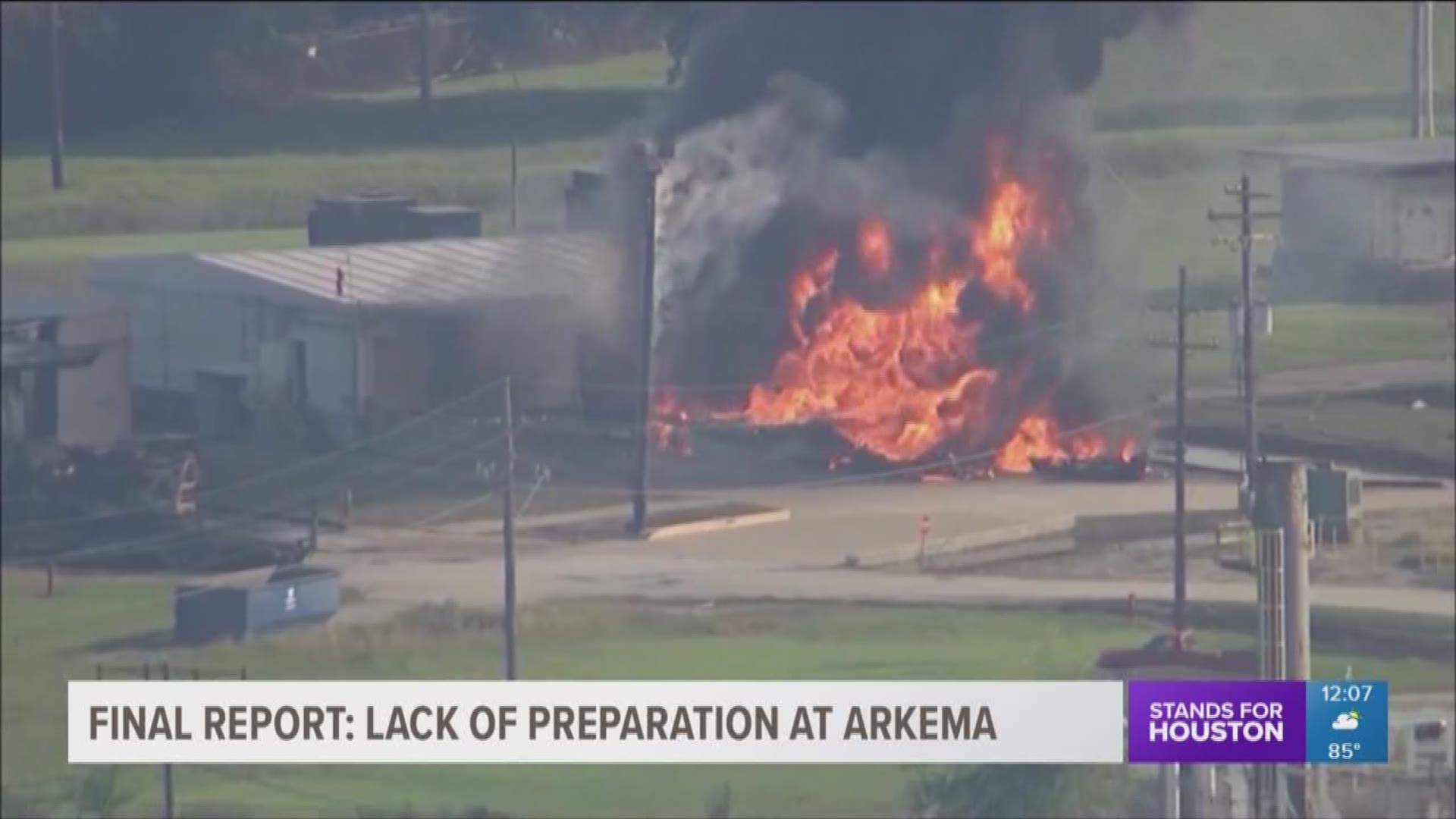 HOUSTON - The U.S. Chemical Safety and Hazard Investigation Board released their final report on the Aug. 31, 2017 explosions at the Arkema, Inc. facility in Crosby, Texas.

CSB found that there was a lack of preparation when it came to the Arkema chemical plant explosion following Hurricane Harvey.

You can read their full report below.

Investigators said the rising flood waters caused the explosion and that was inevitable.

However, the board said chemical companies should update protocols and training to ensure companies like Arkema can better prepare for large storms like Harvey.

“Given that experts predict that extreme weather events are likely to increase in number and severity, the chemical industry must be prepared for worst case scenarios. We cannot stop the storms but working together, we can mitigate the damage and prevent a future catastrophic event,” Vanessa Sutherland, CBS chairperson, said.

“We look forward to presenting evidence to a grand jury in coming weeks, so that grand jurors can determine whether Arkema or any employees should be charged with crimes. This is about the health and safety of Harris County residents.”

Arkema says it went to great lengths to protect the community in the event of a 100-year flood.

Here was the preliminary 2-D animation released back in November.