Gov. Kemp issues state of emergency for 120 counties due to flooding concerns

He made the announcement Thursday during a news conference 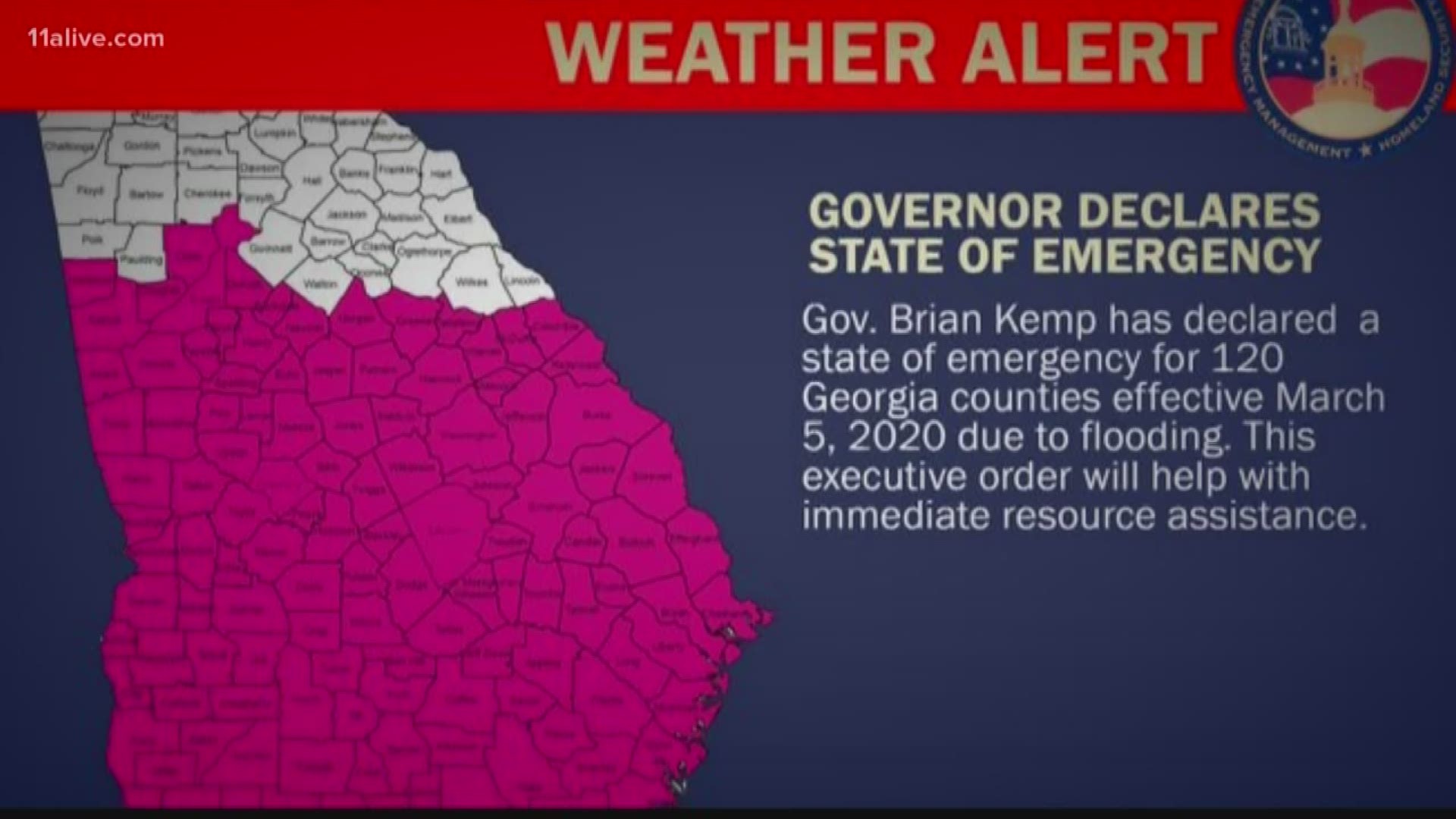 With multiple days of rain, parts of South Georgia have experienced severe flooding. To help residents who have been impacted by the conditions, Gov. Brian Kemp declared a state of emergency for some areas.

He made the announcement Thursday prior to a news conference about coronavirus in the state.

"I have declared a state of emergency for all counties south of I-20 due to inclement weather and severe flooding in those areas," Kemp said.

"Of course this has nothing to do with what the rest of of the press conference is about, but I wanted to let the people of South Georgia know that we have done that."

The order gives the state flexibility. Declaring a state of emergency gives the governor and his emergency management team extra latitude to deal with a situation quickly. This happens when a significant event may require state aid go along with local resources. It also speeds up assistance to communities in need, and allows additional resources that will help provide essential services

"We've got some road issues and other infrastructure issues that we are seeing because of the brunt and level of rainfall that we've had and flooding that's going on," Kemp said.

"We're working with GEMA to insure that these communities have all the tools and resources they need to deal with this fallout and we will continue to keep you updated," he added.

Download the FREE app now in the iTunes store or on Google Play.