In a letter to President Trump, Gov. Abbott stated how the Space Command could benefit from having his headquarters near NASA’s Johnson Space Center. 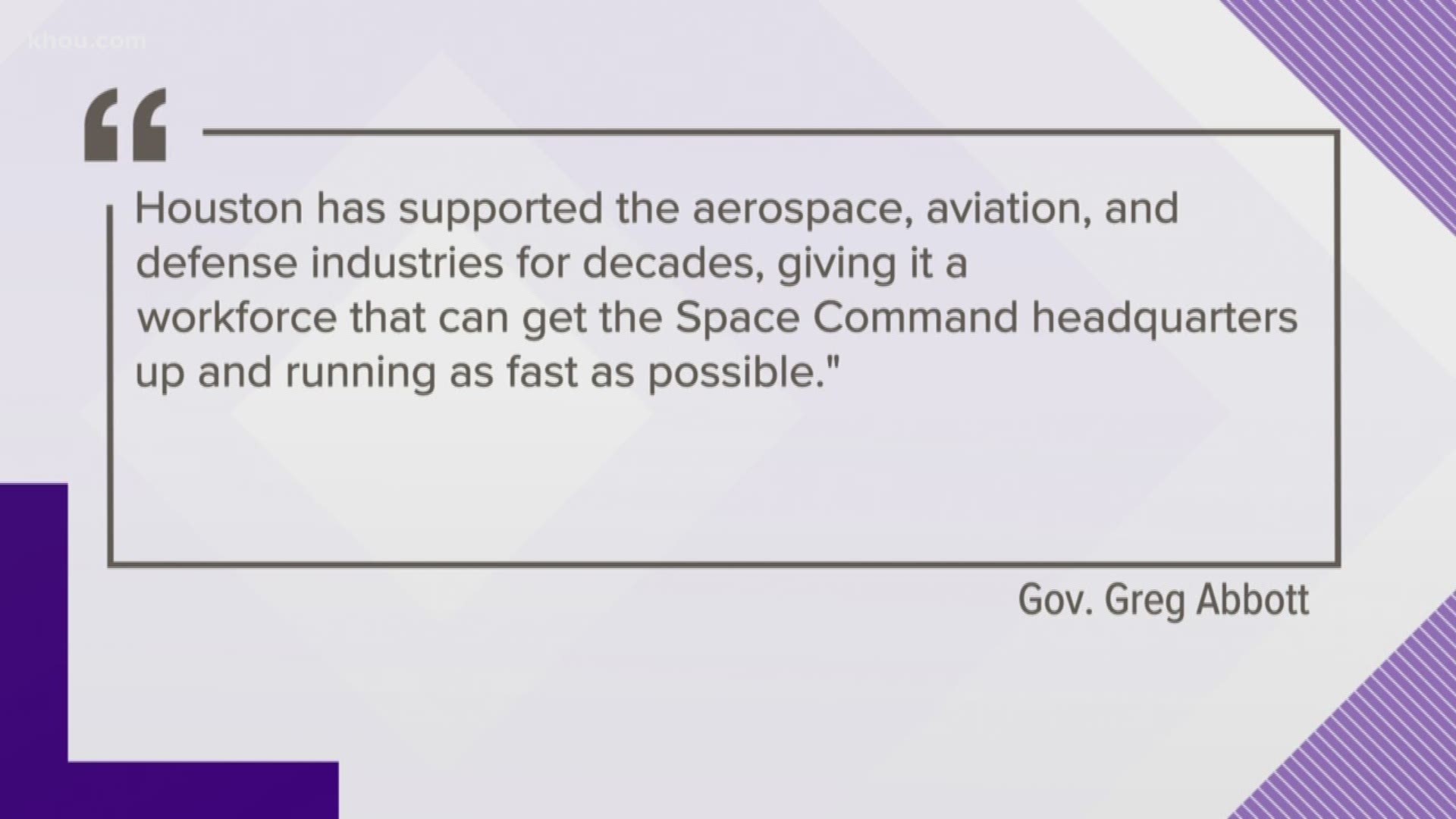 In a letter to President Trump, Gov. Abbott stated that Texas has a long and proud history of supporting our military. He also mentioned how the Space Command could benefit from having his headquarters near NASA’s Johnson Space Center.

"Houston has supported the aerospace, aviation, and defense industries for decades, giving it a workforce that can get the Space Command headquarters up and running as fast as possible," Abbott wrote.

According to Abbott, Ellington Airport has been designated as a Spaceport by the Federal Aviation Administration and has land available for development.

The Space Command is expected to better organize and advance the military’s vast operations in space, according to U.S. officials.

CBS News said the U.S. Air Force's existing Space Command would be a key component of the new joint entity, raising space to the same status as U.S. Cyber Command.

The move would actually recreate a U.S. Space Command, which existed from 1985 to 2002. It was disbanded in the aftermath of the 9/11 terrorist attacks so U.S. Northern Command could be established, focusing on defense of the homeland.