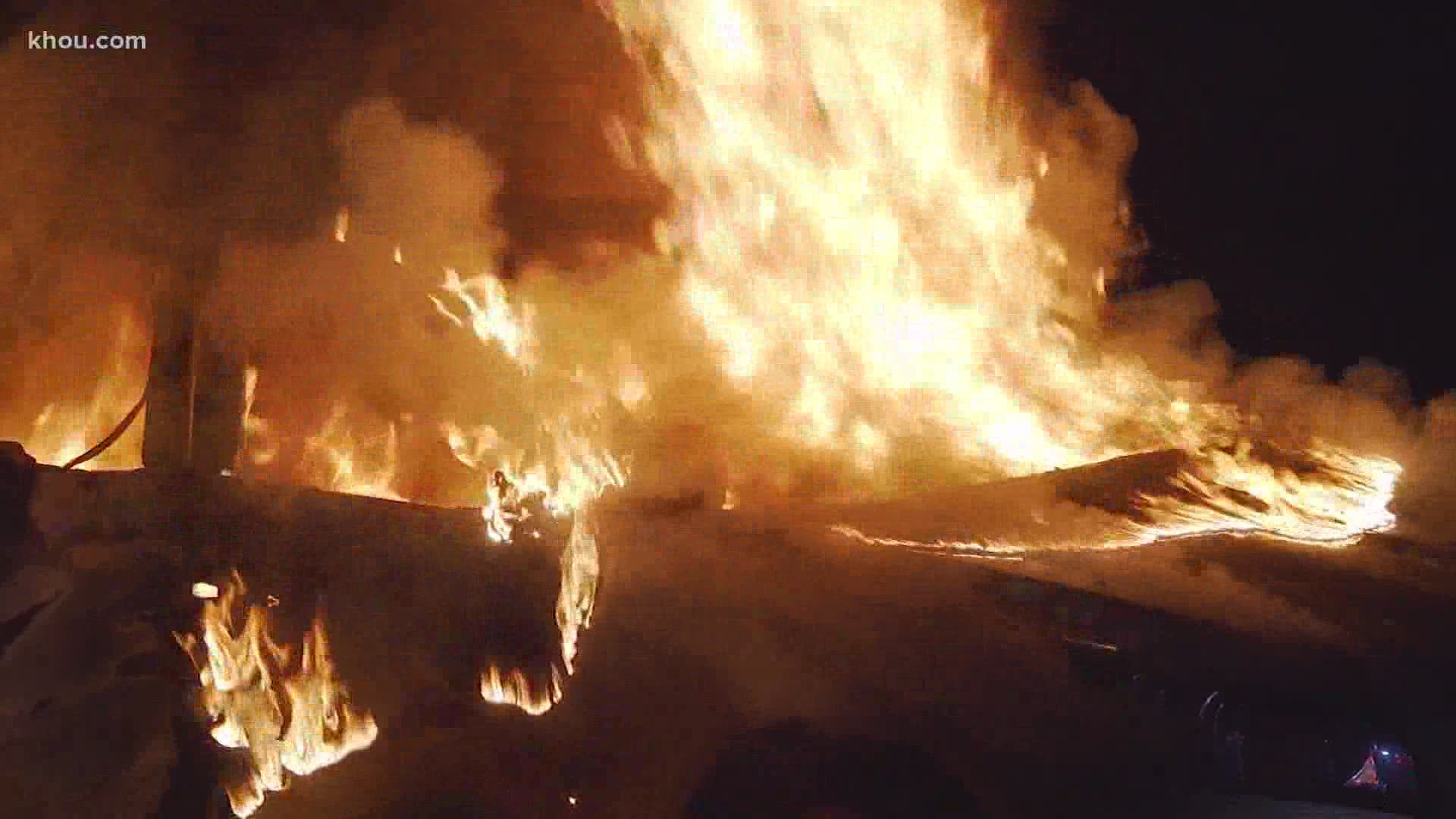 HOUSTON — Two women are alive right now, likely because of the heroic actions of several Good Samaritans after the car they were in crashed on the Eastex Freeway near Jefferson.

One of the witnesses, Clarence Shelvin, said he didn't think twice about helping those two women.

Shelvin said he was driving his BBQ truck on the freeway when he noticed several cars "going all over the place" in his rearview mirror. He said the car with the two women crashed into a wall and he started seeing flames.

Shelvin noticed the two women were stuck so he and a couple of other men quickly ran towards the women to free them, seconds before the vehicle exploded.

"It was just God's work. They're alive, I'm happy," said Shelvin. "I was able to pull them out, me and a couple of other guys. That's the most important thing I could do tonight." 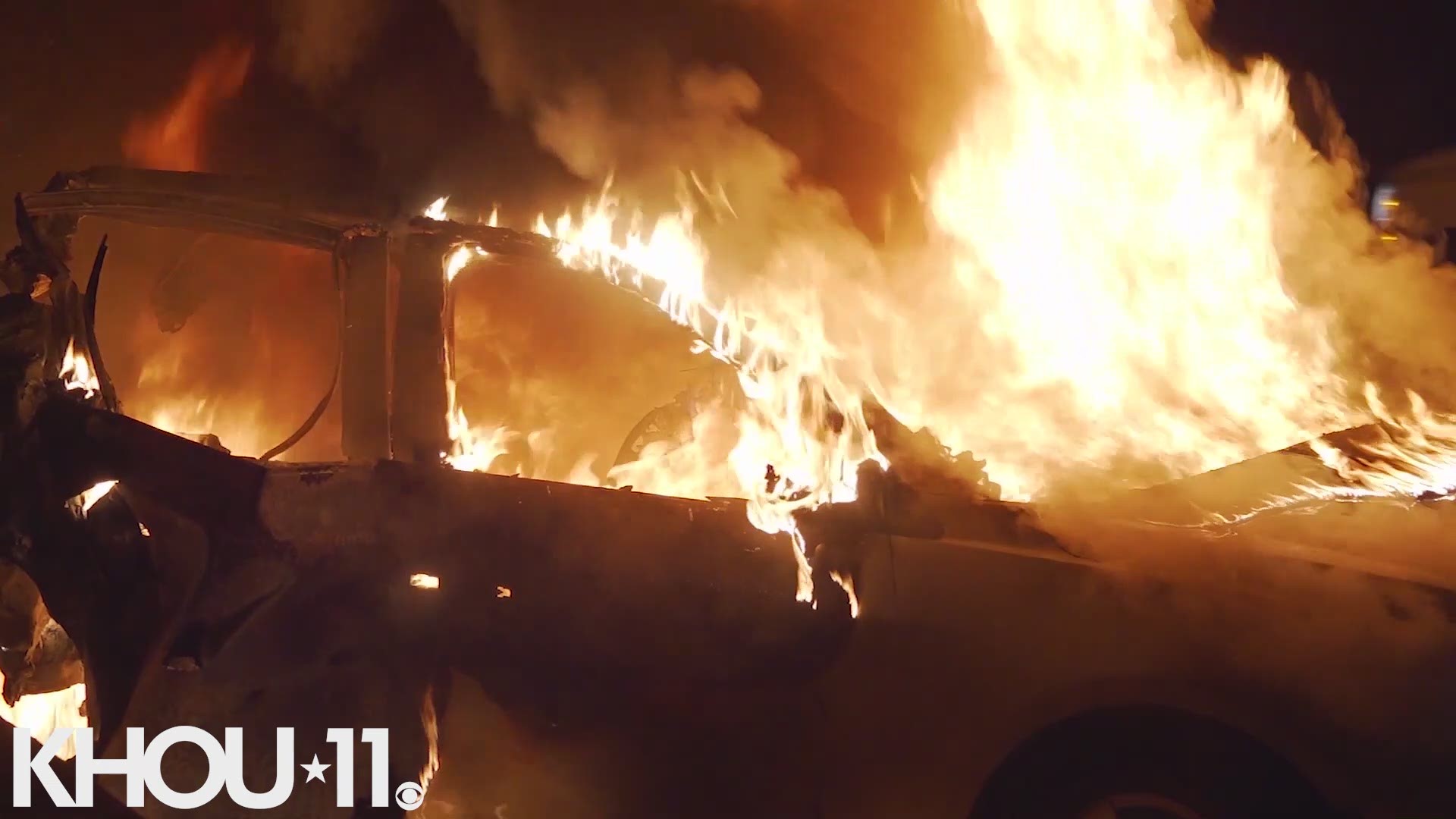 One woman was put on a stretcher and taken to a nearby hospital. Her condition is unknown.

The car that caught fire was one of three vehicles involved in the crash.

The Houston Police Department is investigating.

We are working to gather more details. Check back for updates.