The DWI suspect was charged with intoxication assault after striking three people in Cypress. 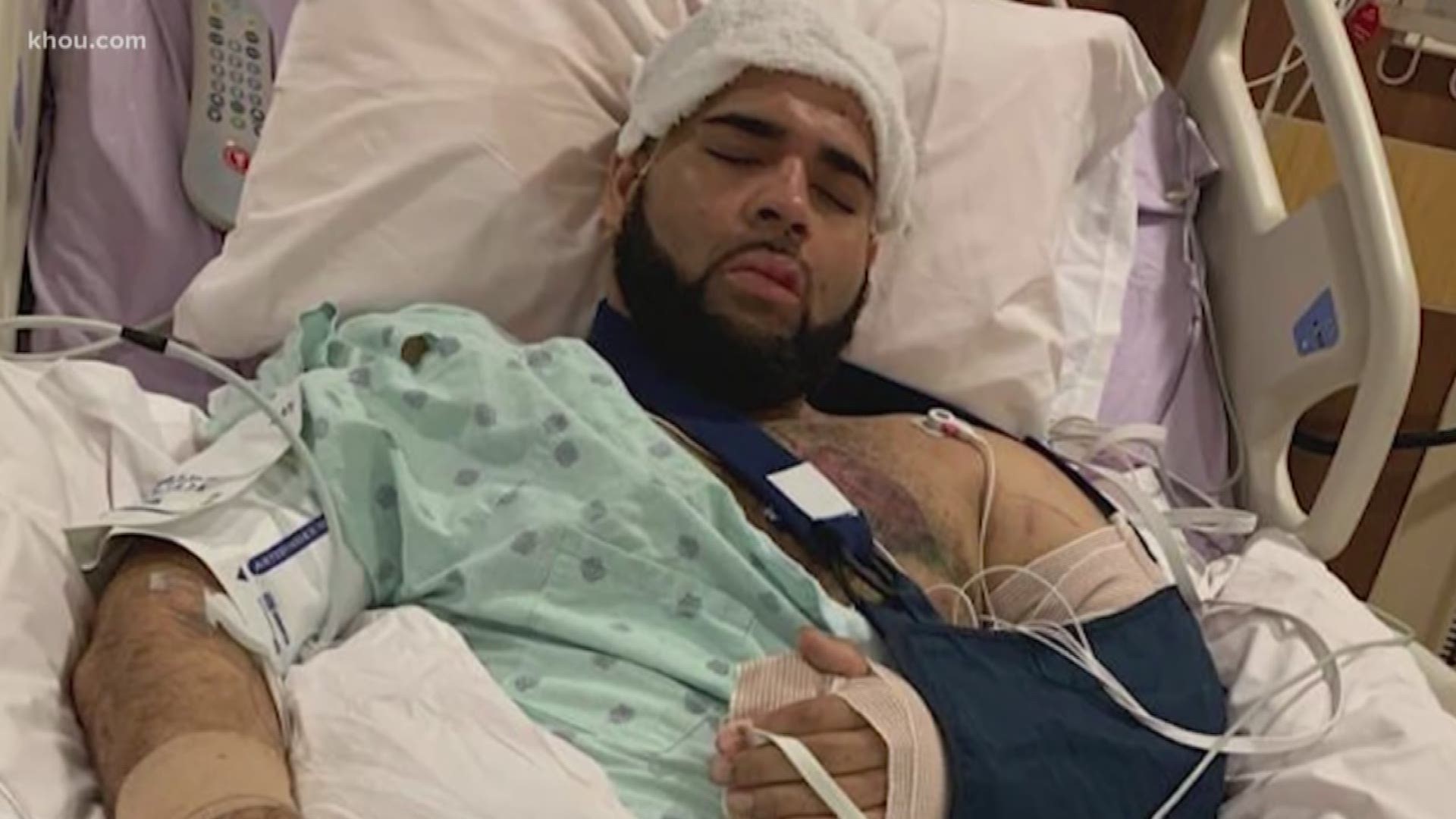 CYPRESS, Texas — Three Good Samaritans who stopped to help at a crash scene were badly injured when a suspected drunk driver plowed right into them.

Carlos Ramirez awoke to a call from a nearby hospital.

"And it was my brother telling me that he was in ICU," Ramirez said.

Luis Ramirez, 32, suffered multiple injuries after being struck by a pickup truck.

"He has injuries in his stomach, his intestines," said Ramirez. "He has a broken arm”

Harris County Sheriff’s deputies said Ramirez and others stopped to help after spotting a car that had been in a wreck near Barker Cypress and Keith Harrow Roads in Cypress.

"It’s something in his nature, to always stop," said Carlos Ramirez. "He was just trying to help."

Twenty-six year-old Zachary Castro was arrested on the scene.

Deputies told us he plowed into the group in his Toyota Tundra, first striking Ramirez’s female friend, who was standing next to a car with its hazard lights on.

"She ended up going over the top of the vehicle, rolled on the hood as the driver of the Tundra continued to travel forward, striking two other males," said Sgt. Dashana Cheek-McNeal.

Those charges could be upgraded if Ramirez’s friend doesn’t pull through.

"My hope is for my brother and his friend is that they’re both good and that they recover,” said Carlos Ramirez.

Meanwhile, he wants other drivers to learn from the devastating crash.

"If you’re going to have a drink, at least have a ride service to transport you, not take the wheel," said Ramirez. "It’s never good."