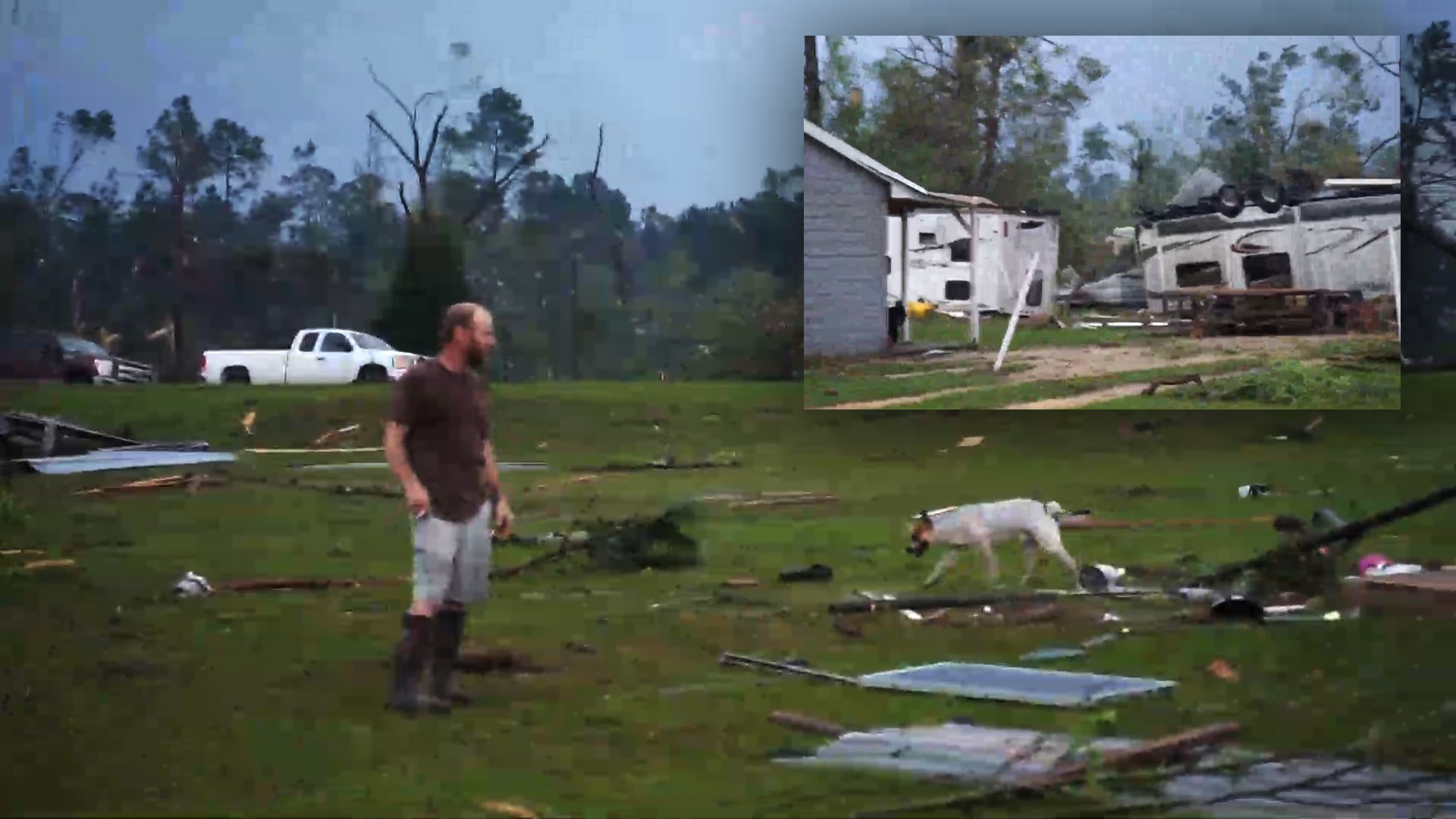 “On the other side, the whole roof is gone on the other half of the house,” she says in a video provided to KHOU 11 News by Hannah Cram.

Cram’s video shows the devastation left behind in the town of Onalaska.

“Right there, starting on where that air conditioner is, all the way to those trees over there was a car port,” says Gallier, pointing to a pile of metal.

RELATED: At least 3 dead, dozens injured in tornado that ripped through Polk County

Behind her home are two trailer homes lying on their roofs.

“Me and the dog was in it,” Gallier's son adds.

Both he and his dog were unharmed, although the trailer home was destroyed.

Also nearby were remnants of a workshop that Gallier says was already in a tornado once before. All that’s left behind this time is the slab.

Despite this, no one in her family was hurt.

“The people behind us, that was a brand new house, and it went smooth through the middle of that house.”

She says a family was inside, but no one was hurt there either.

She says another neighbor, a woman and two children, all sought shelter inside a bathtub as their home was torn apart.

Others were not as lucky. The tornado killed at least three people in Polk County and injured dozens more.  The same storm system is also responsible for at least two deaths in Oklahoma and one in Louisiana.