Police said the little girl, whose family identified as Francisca Sofía Isabella Iraheta, ran in front of the bus just as it was driving off. 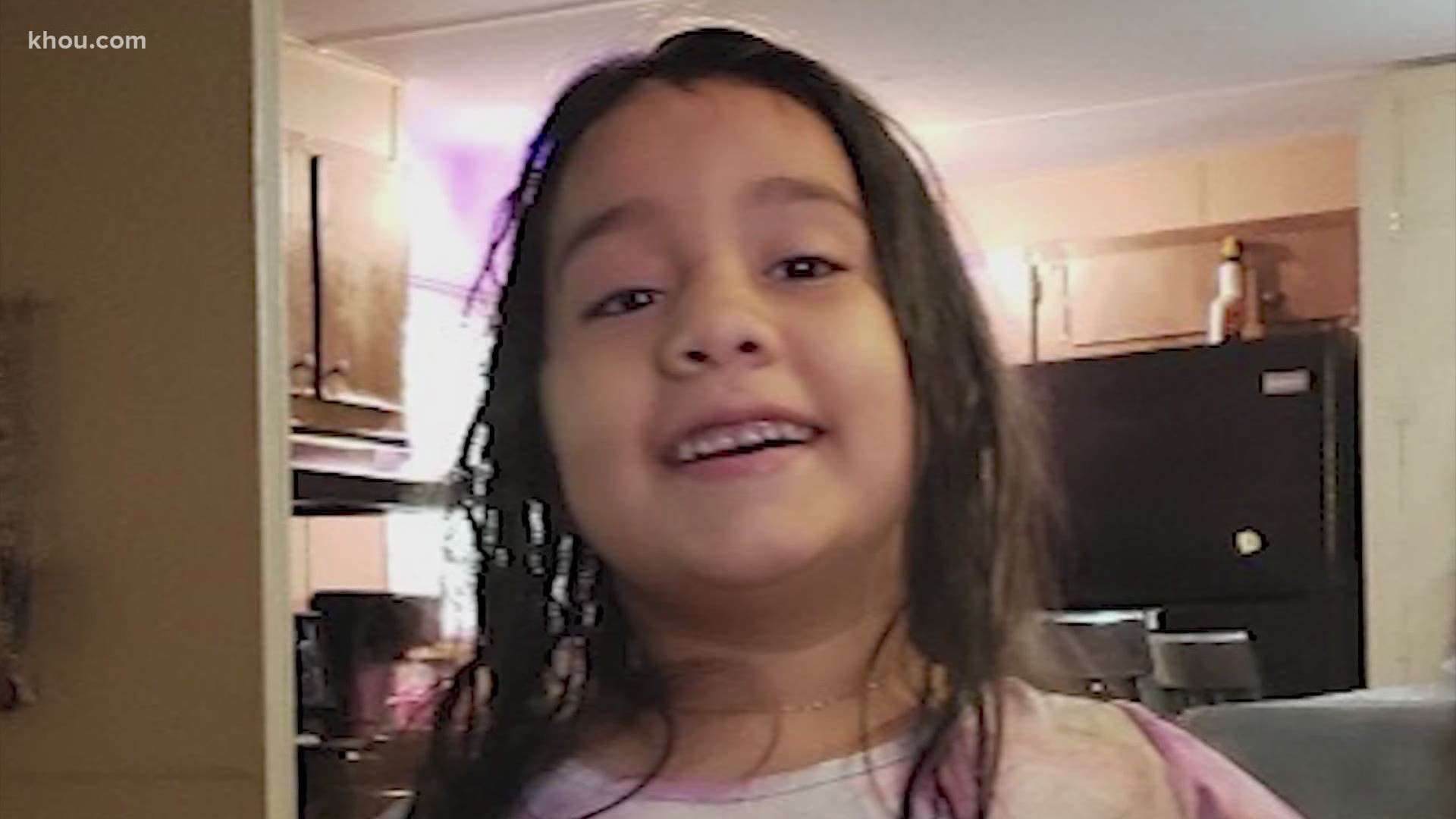 CONROE, Texas — A heartbreaking story out of Conroe Tuesday morning.

A 6-year-old girl died after she was run over by a school bus, according to Conroe police.

They say the little girl, who family identified as Francisca Sofía Isabella Iraheta, ran in front of it just as it was driving off. Relatives said the bus was running late, so Sofía’s dad decided to drive her to school, and they walked across the street back home. Dad was carrying a baby, and went inside to drop off the infant while Sofía waited in the driveway.

The bus driver said he didn't see the girl.

The incident happened around 7:30 a.m. Tuesday in the 2200 block of North First Street. First responders did CPR before the girl was rushed to Texas Children's Hospital in The Woodlands. She didn't make it.

"The Conroe Police Department sends prayers to the family, witnesses, and emergency responders for this tragedy," CPD said in a statement.

“The bus driver had already picked up children at bus stop as it started to pull away, (and) child ran in front of school bus," Sgt. Smith said.

The driver is a 13-year veteran at Conroe I.S.D. and had driven Sofía’s route for the past 3 years.

Family members and friends of Sofia surrounded a table of candles and toys Tuesday night, near the place where she was struck, praying for strength.

“I wish I could pray for her to come back,” said Candy Zabala, Sofia’s grandmother.

Zabala said her granddaughter thought she was about to miss her school bus when it happened.

“In the blink of an eye,” Zabala said. “I guess since she saw the bus, she was going to go run over there.”

A heartbroken Zabala said it is simply a tragic accident.

“There is nobody you can blame. You could blame the world, and that’s not going to bring her back," Zabala said.

Tears wet the faces of those who have come to mourn the death of the girl called a “princess.”

They lean on each other for support as they are confronted with a loss they cannot comprehend.

Sofía attended Anderson Elementary in Conroe I.S.D.  Counseling is available for students. No charges are expected.