Doctors told 12-year-old Kaylyn she couldn't leave her room Saturday, so she walked the runway, while sitting back in her hospital bed. 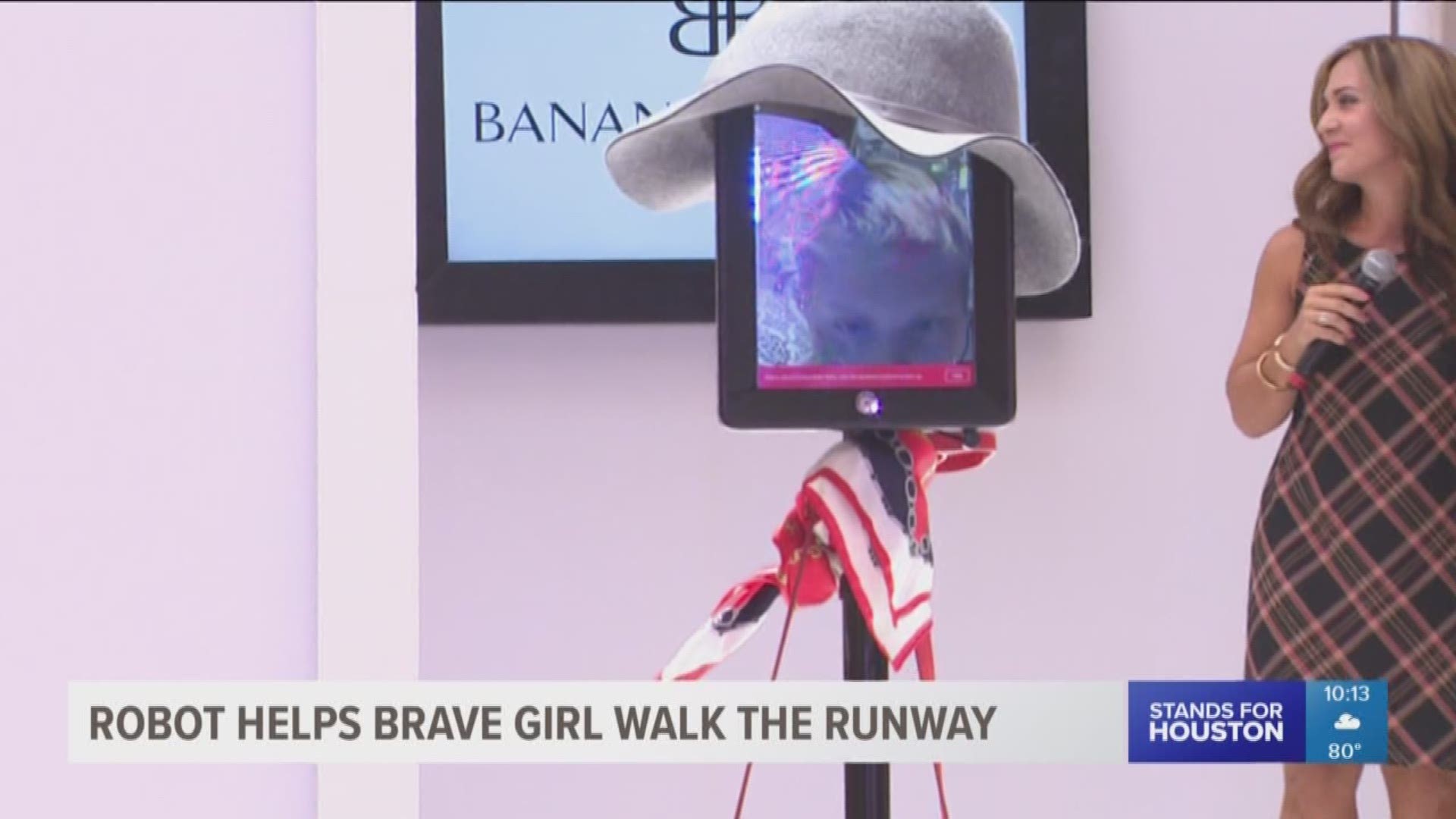 HOUSTON — It was quite the show of fashion Saturday over at The Galleria. Dozens of models walked the runway, showing of their latest back to school styles.

One of the models though couldn’t make it, but that didn’t stop her from strutting her stuff.

She’s only nine years old, but Ava already knows how to work that runway. She’s a bit of an expert.

“This is my third year," Ava said.

The almost 4th grader is about to head back to school, but in style.

She’s strutting her stuff, right along with other kids from MD Anderson’s K-12 school.

“After battling treatment and diagnosis, this is a really exciting time to be able to go back to school," Pediatric Coordinator Dr. Wykesha Hayes said.

“It gives them an opportunity to get out and be who they are and get some attention," Chris Lane with The Galleria said.

But one model was not able to get out. Doctors told Kaylyn, 12, she couldn’t leave her room Saturday.

So she walked the runway, while sitting back in her hospital bed.

“It was fun.. I almost ran it off the stage though," Kaylyn said.

“We waited until it was our turn, so I turned on the computer, and there was controllers for it," Kaylyn said. “I wore a little hat, and it had a purse and a bandana on it.”

And the little fashionista still found her way to the runway.

“There was a bunch of chairs and a lot, a lot of people," Kaylyn said. “It sounded fun, plus I'm stuck here with nothing to do.”

She was diagnosed with leukemia back in December.

Kaylyn’s had a rough road to get here. The one ahead, we’re hoping, gets easier.

“Just pray that everything is going to be okay, and just believe," Kaylyn said.

One thing she knows, she’ll never let any sickness keep her from stealing the show.