One of the many murals honoring the memory of Houston native George Floyd was defaced overnight with racist graffiti. 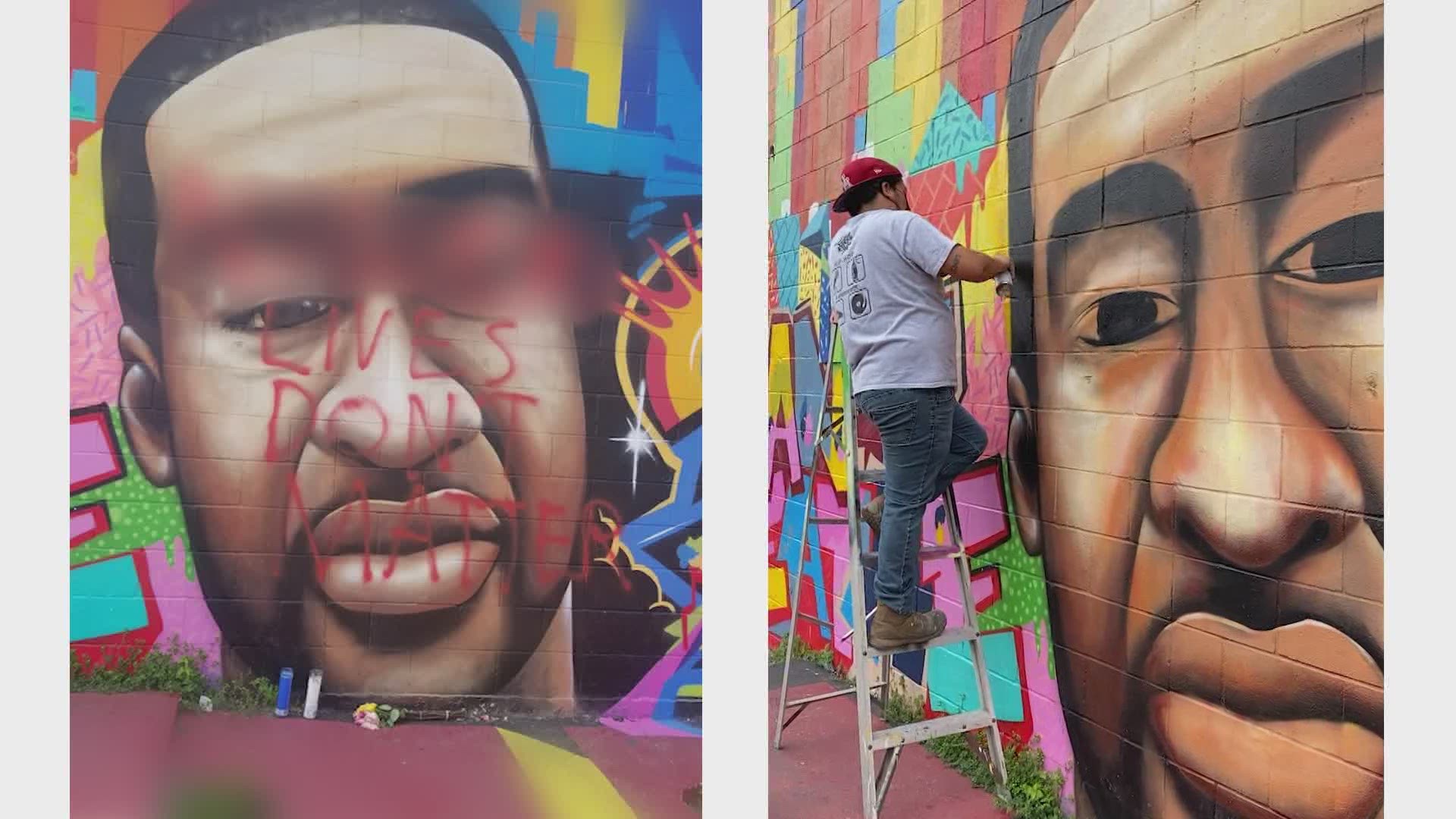 HOUSTON — Someone defaced one of the many Houston murals dedicated to George Floyd, who grew up in the Third Ward. The vandal or vandals wrote “N---- lives don’t matter” in red letters over Floyd’s face.

As word spread, the hate speech was quickly covered up by the artist who created the mural.

"As a human, it's just wrong to do something like that; knowing that we're healing and knowing that we're in pain as a community," Anguilu said. "As a person of color myself ... I understand hate, but I also learned to navigate and deal with it in a different way -- and for me, that is art."

Daniel Anguilu said his intention with the work of art was to offer support and healing for the community.

He said this isn't the first time the mural has been defaced, but he's determined not to let hate win.

"It's a reminder that we just have to keep working and continue to do the work that we believe in," Anguiliu said.

The artist hopes people will focus on the flowers, candles and notes left to honor Floyd.

Police Chief Troy Finner said the Houston Police Department is investigating and they will be held accountable. He urged people not to pay attention to "one stupid individual."

"If there's people with bad hearts and bad motivation, don't give them the power," Finner said at a news conference. "Here in Houston, we're gonna stick together."

The painting is on the side of the Houston Graffiti Building on Chartres near Bell.