Mugshots: These 2 men are accused of causing major problems during George Floyd protests in Houston

One man is accused of attacking people with a wooden post and then hitting an officer with his car and the other is accused of vandalizing an HPD patrol unit. 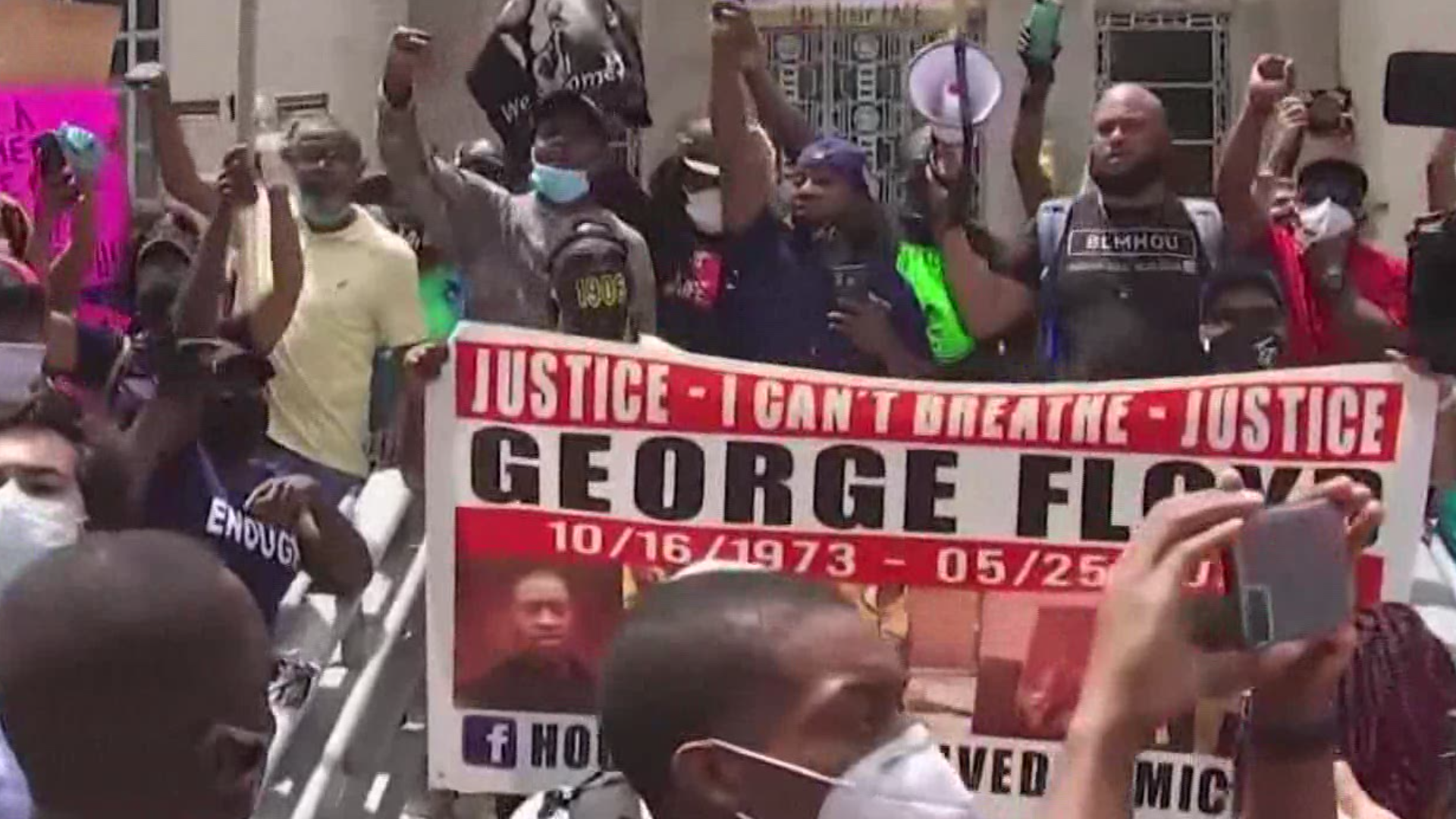 HOUSTON — Houston police released the mugshots of two men who were arrested for their actions during George Floyd demonstrations around town.

One of the men hit an officer with his vehicle after attacking several people with a wooden post on Saturday, May 30, police said. Derek Hall, 40, was charged with six felony assault counts, one of which is on a public servant.

Police said Hall was vandalizing a vehicle when he saw officers approaching. As he was leaving, police said he hit an officer with his vehicle near the intersection of Jefferson and Emancipation. The officer was taken to an area hospital as a precaution.

RELATED: Suspect in custody after HPD officer hit by SUV

Travis Martin, 32, is accused of damaging an HPD patrol car in downtown on Friday, May 29. Martin is charged with felony criminal mischief. The patrol vehicle had its windows busted out near the intersection of Capital and La Branch.

Anyone with additional information in the case is asked to call Crime Stoppers at 713-222-TIPS (8477).

Why this is happening

RELATED: What to know before you go to Tuesday's George Floyd march in downtown Houston

RELATED: 'I could not have been more proud': Mayor lauds Houston's peaceful George Floyd protests