Most arrested during weekend protests were Houstonians, despite claims

Despite what Chief Art Acevedo and Mayor Sylvester Turner said, most of those who were arrested were actually from Houston. 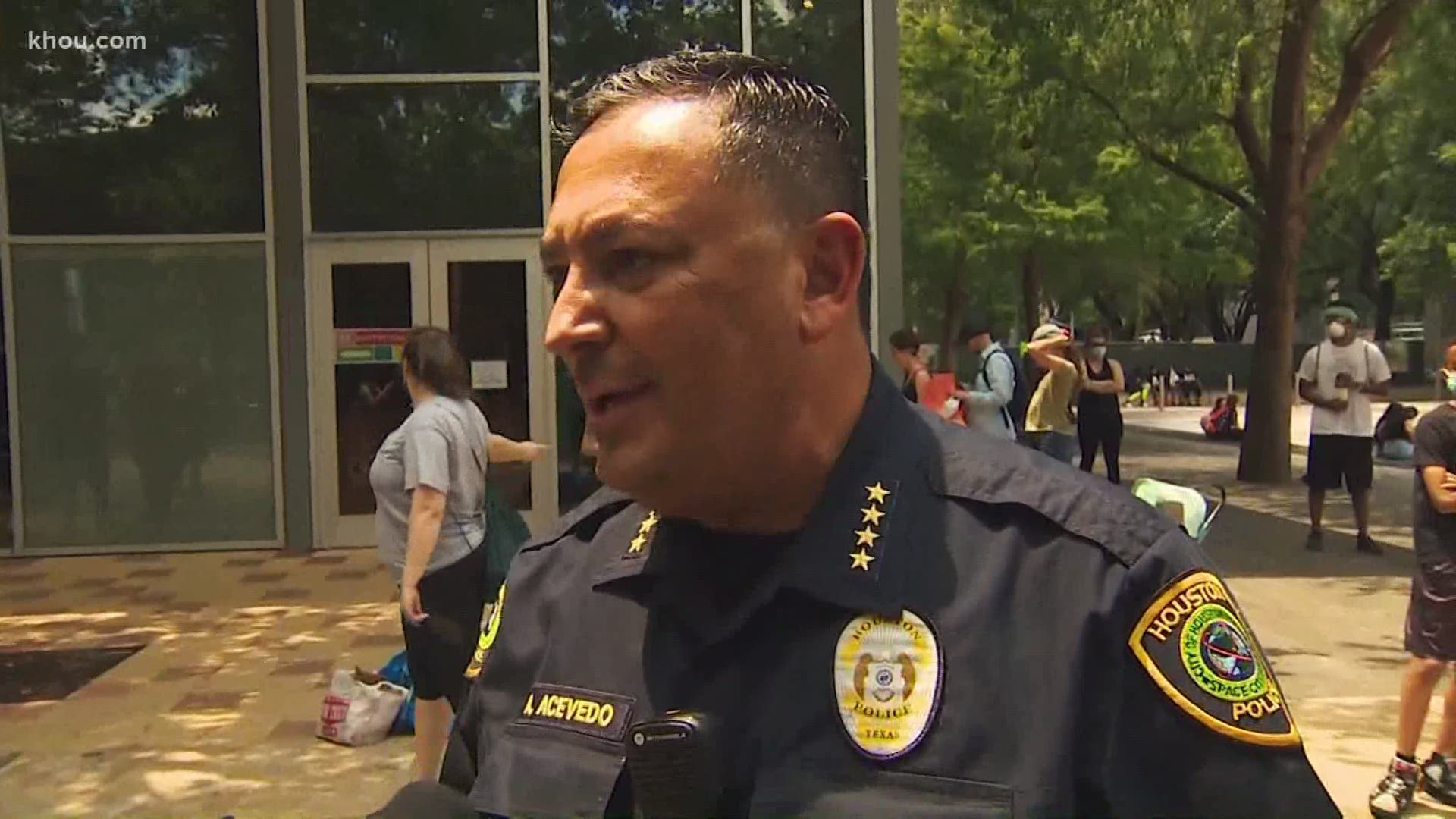 HOUSTON — In cities across the country, leaders have blamed outsiders for the looting and violence on the streets. But in Houston, arrests over the weekend tell a different story.

Houston police said they made 275 arrests over the weekend, and the city’s top cop initially pointed to outside agitators for the unrest.

“We will not allow people to come into our city and tear it up,” Houston Police Chief Art Acevedo said Sunday.

But the Houston Police Department now confirms that 216 of those arrested, 79%, were from Houston and 95% were from Texas. Police and court records show the vast majority of charges, 89%, were for obstructing a highway or passageway. Other charges include burglary of a building, criminal mischief, evading arrest, resisting arrest and assault on a peace officer.

A department spokesperson said only seven people arrested over the weekend lived out of state. But that didn’t stop Mayor Sylvester Turner from sending a strong message to out-of-towners looking to cause trouble.

“Don’t bring your mess into my house and this home,” Turner said Sunday.

Gov. Greg Abbott and U.S. attorneys in the state of Texas also are taking a strong stance. They announced that those coming from out of state who hijack peaceful protests with looting and violence will be subject to federal prosecution.