Political leaders have sought to balance support for demonstrators’ rights of free expression with warnings about the public health risks of large crowds. 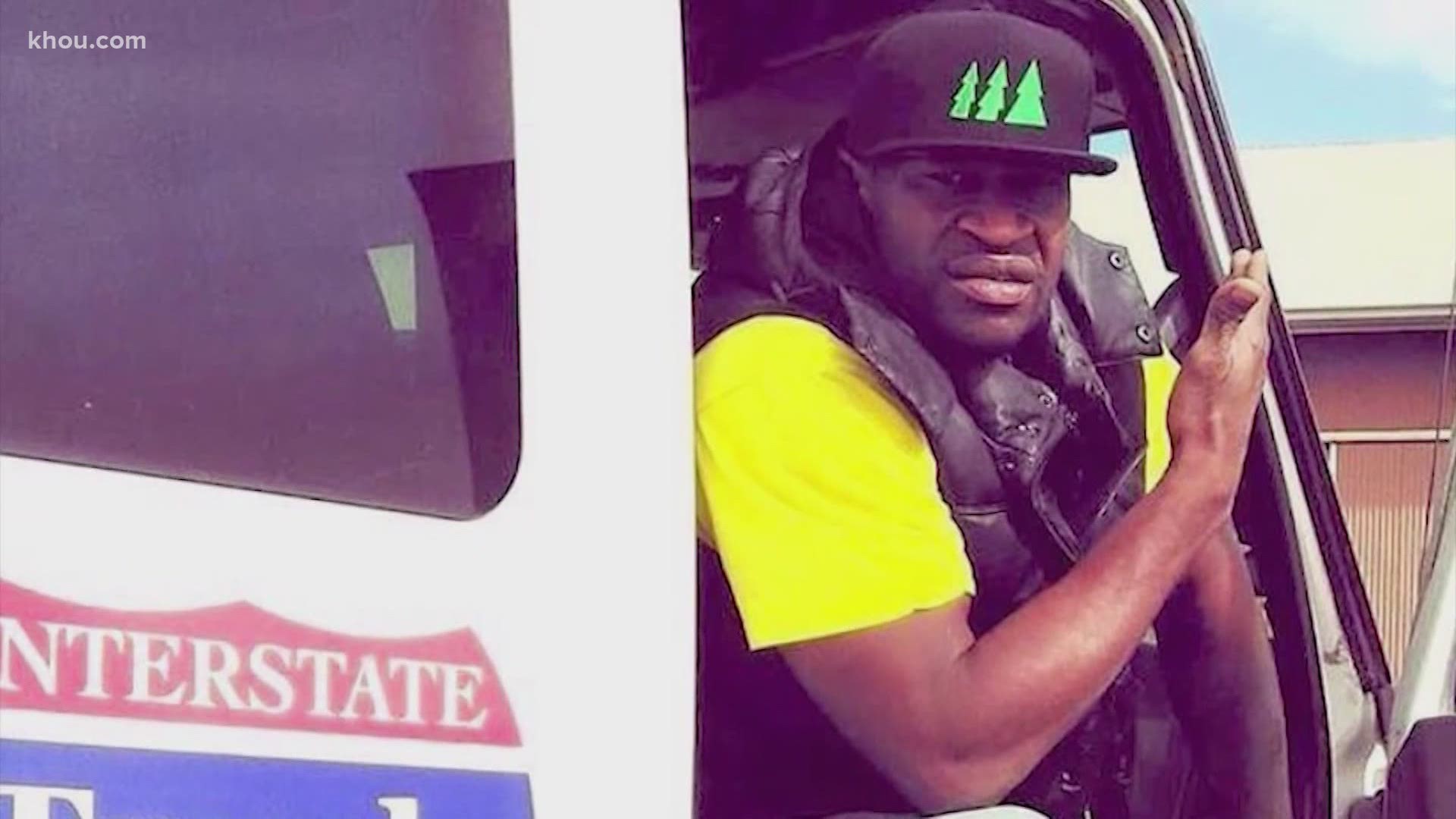 AUSTIN, Texas — Renee Lopez has spent nearly all her time at home in recent weeks, keeping distance from friends and loved ones in the hopes of staying safe from the new coronavirus. Lopez, 58, uses a wheelchair because of a congenital joint disease, and she worries her disability could put her at greater risk of serious illness.

But on Saturday, as thousands of people across the country took to the streets to protest the death of George Floyd, a blossoming anger displaced the fear Lopez had felt about the coronavirus — and led her and a few hundred other demonstrators to gather at Austin’s police headquarters. She could no longer “sit idly by,” and if the price of protest was her health, she thought, then so be it.

“I didn’t care if I was exposed to COVID,” she said, though she tried to stay away from the thickest crowds. “I had this single-mindedness to go and protest because I feel like I just can’t take it anymore.”

Protests sparked by Floyd’s death took place in major cities across the country this weekend, blocking traffic, closing businesses and focusing the nation’s attention on police violence and racial inequality. Footage from a now-viral video showed that Floyd, who is black, died after a white Minneapolis police officer, Derek Chauvin, kneeled on his neck long past the point when he lost consciousness. Chauvin, 44, was fired and charged with third-degree murder and second-degree manslaughter.

Those demonstrations also brought thousands of people into close contact with each other in the midst of the coronavirus pandemic, leading politicians and health experts to warn that they may hasten the spread of a disease that has already claimed the lives of more than 100,000 Americans.

As the protest crowds grew in size, political leaders of Texas’ largest cities interweaved statements of support for demonstrators’ rights of free expression with warnings about the public health risks of gathering in close quarters.

Austin Mayor Steve Adler cited the virus in an announcement that he would not attend any demonstrations. He urged protesters Sunday “to be disciplined about social distancing” by wearing masks and staying 6 feet apart — even as protesters and police officers stood shoulder to shoulder in gatherings of 200 or more.

In Harris County, which includes Houston, County Judge Lina Hidalgo asked protesters to consider showing support for the demonstrations virtually. “Today, the threat of COVID-19 continues to linger in our community, and close contact with others can be potentially deadly and lead to an outbreak,” she said in a statement.

A masked Lopez stayed with the Austin protest Saturday as it wended through downtown, leaving only when her motorized wheelchair’s battery ran low. She said she’s furious about rampant racism, which in her eyes has grown more overt during the presidency of Donald Trump, and she worries about it being directed at her teenage nieces in Dallas, who are Mexican American. She felt indignant on behalf of others in the disability community, as well as people in nursing homes, who are at higher risk of dying than the rest of the population during the pandemic.

“[Floyd] being murdered was just the last straw,” she said. “My reasons for going were beyond fear.”

That fearlessness is stirring anxiety for public health experts as the virus continues to spread.

On Sunday, Texas reported 1,949 new virus cases — the highest increase since the state began reporting coronavirus case counts. In the previous week, the state reported an average of 1,277 new cases per day.

The number of new cases reported Monday was 593. Texas health officials have reported nearly 1,700 deaths from COVID-19 to date.

“The science led us to feel that mass gatherings, in closed spaces especially, are things to be avoided,” said Ogechika K. Alozie, an infectious disease specialist in El Paso and member of the Texas Medical Association’s COVID-19 task force.

Epidemiologists said the risks associated with outdoor gatherings are not yet fully understood. That the protests were in open air, for example, may reduce the risk of viral transmission.

But because the coronavirus is primarily spread from person to person through respiratory droplets, some experts warned that protesters’ shouting, as well as police use of tear gas and pepper spray, could increase the likelihood of transmission. The New York City health department, for example, even urged demonstrators: “Don't yell; use signs & noise makers instead.”

“From a medical standpoint, mass gatherings, people not wearing masks [and] people potentially not practicing hand hygiene are concerns,” said Alozie, who is chief executive of the HIV treatment and research organization Southwest Viral Medicine.

As Houston, Austin, Dallas and other Texas cities cleaned up after the weekend’s demonstrations, some local politicians have asked protesters to monitor themselves for COVID-19 symptoms. Addressing residents Sunday evening who had “gathered pretty close together last night,” San Antonio Mayor Ron Nirenberg shared information about where to get tested for the coronavirus.

Michelle Burris, 54, drove from her suburban home near Fort Worth to downtown Dallas to show solidarity in a Friday night protest. It was the first time she’d been in a large group of people in months, she said; these days, she pretty much only leaves the house to pick up groceries.

Burris said about half of the protesters out that night wore face coverings.

“There is a fear of exposing oneself to the virus, absolutely, because I don’t feel safe from the virus in most venues,” she said.

“That particular vision of Mr. Floyd being killed with that knee on his neck, something about that image just was a spark to me, because it looked so much like the pose of the peaceful protests that were led by [former NFL quarterback] Colin Kaepernick, which were met with such hate,” Burris said.

The desire to protest against violence is understandable, and violence is also a public health concern, said Umair Shah, executive director of Harris County Public Health.

Shah’s advice to demonstrators: “Protest, but be safe about how you go about protesting in the age of pandemic.”

That means wearing masks, staying away from groups or showing support online, especially for people over 65 or who have underlying health conditions, he said.

Still, the overwhelming consensus from public health officials is that an increase in virus cases will follow this weekend’s protests.

“Chains of transmission will have become lit from these gatherings,” Scott Gottlieb, former Food and Drug Administration commissioner, told CBS News on Sunday.

And the mass jailing of protesters could be another spark for the virus; Texas’ largest police departments reported arresting hundreds of people during the weekend. Experts said there is greater risk of infection not just in crowds on the street but in the close quarters of county jails, which have been the sites of some of the nation’s largest coronavirus outbreaks.

Experts predict it will take up to 14 days for states to see any growth in cases as a result of protests because it can take that long for people infected with the coronavirus to show symptoms, visit the doctor and get test results back. Alozie said the full effect of this weekend’s gatherings on the number of hospitalizations and deaths from COVID-19 won’t be felt for up to eight weeks.

For Erin Medina, 60, there was no question about attending the Friday protest in downtown Houston, despite being in the final week of radiation treatment for breast cancer.

Medina is lesbian and Tejana, and she felt compelled to show solidarity with other people from marginalized backgrounds, she said. She wore a mask and estimated that she kept 3 to 4 feet away from other people.

“I felt so strongly about what happened and that there needs to be support that it didn’t matter about my health,” she said. “I think what’s going on in the country is horrendous, it’s just unspeakable, and at some point you have to speak up and do what you have to do.”

Disclosure: Steve Adler, a former Texas Tribune board chairman, and the Texas Medical Association have been financial supporters of The Texas Tribune, a nonprofit, nonpartisan news organization that is funded in part by donations from members, foundations and corporate sponsors. Financial supporters play no role in the Tribune's journalism. Find a complete list of them here.