Services will be held at The Fountain of Praise on Hillcroft. 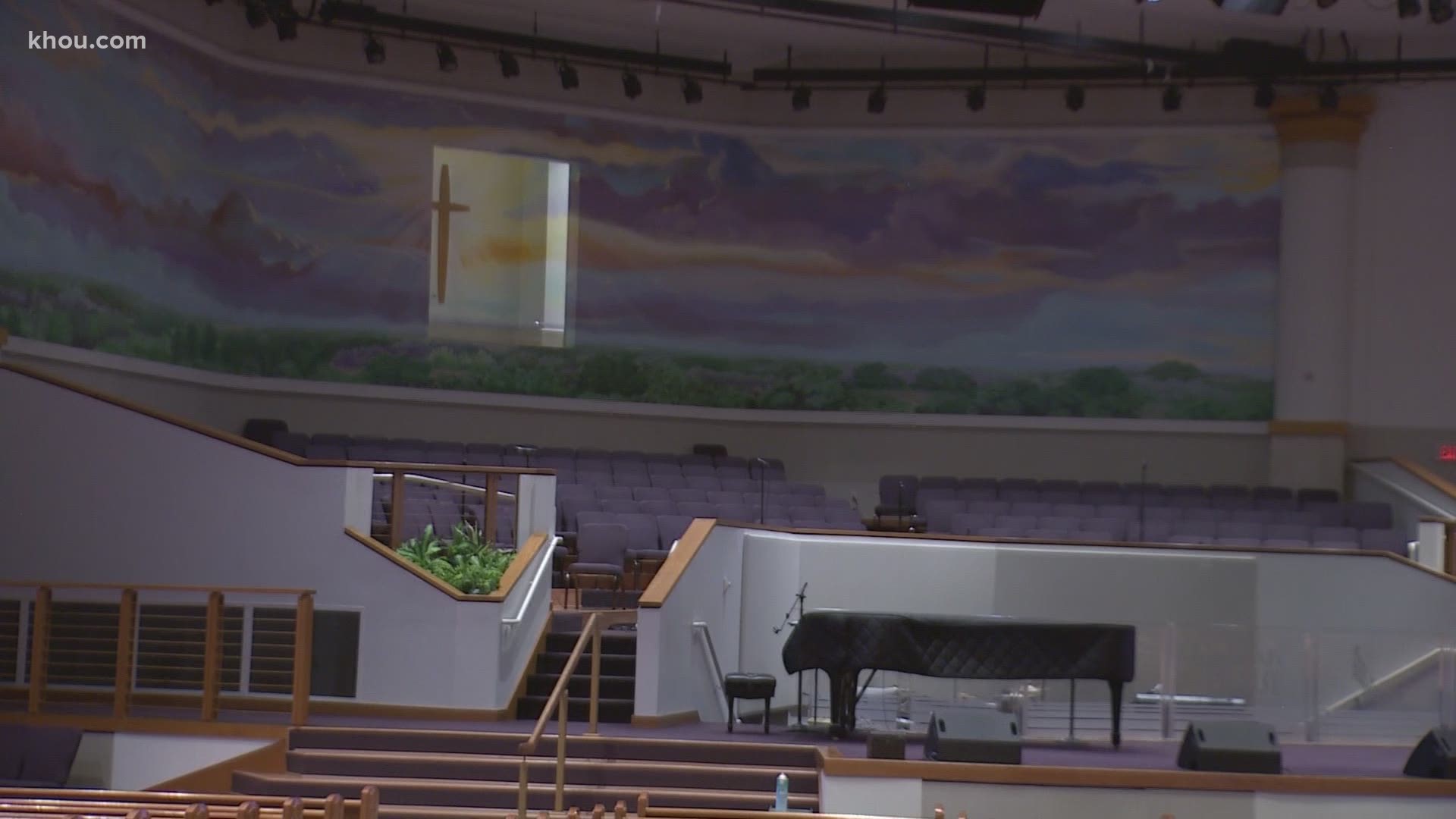 HOUSTON — in Houston, funeral services for George Floyd are scheduled for early next week.

There are two services: a public viewing on Monday, and an invite-only memorial service on Tuesday.

Both the public viewing and the funeral will be held at The Fountain of Praise church at 13950 Hillcroft Ave, Houston, TX 77085.

“This will be the largest gathering in the Fountain of Praise since COVID has hit our country," Dallas Jones, Fountain of Praise spokesperson, said. “We know that the world has been sparked by the death of brother George Floyd, and we know there are so many emotions people feel.”

George Floyd's family and loved ones will have a public viewing from noon to 6 p.m. on Monday, June 8.

No bags will be allowed.

Everyone will have to enter through metal detectors and each person’s temperature will be checked before they can get in.

The church says they plan to have people park remotely and shuttle in.

“We ourselves are not even worshiping weekly in our sanctuary and so it is important that if we are going to open it up for this, that we ensure people are safe," Jones said.

A private homegoing celebration will be held on Tuesday at 11 a.m.

Guests will be invited by the Floyd family, and the church is expecting dignitaries and celebrities to attend.

“We want them to be able to come in a very reverent way to pay their respects for what should have been a ceremony, a service that we should not be having,” Jones said.

Other memorials planned in Minnesota and North Carolina

According to multiple reports, the Houston services won't be the only memorials for Floyd. A memorial service is planned for 1 to 3 p.m. Thursday in Minneapolis. Another will be held in North Carolina, where Floyd was born, on Saturday from 1 to 3 p.m.

Floyd died in Minneapolis on May 25 when an officer was seen on video kneeling on his neck for nearly 10 minutes in an attempt to detain him for what police called a non-violent forgery.