The family says the work is far from over, plan to keep fighting for police reforms. 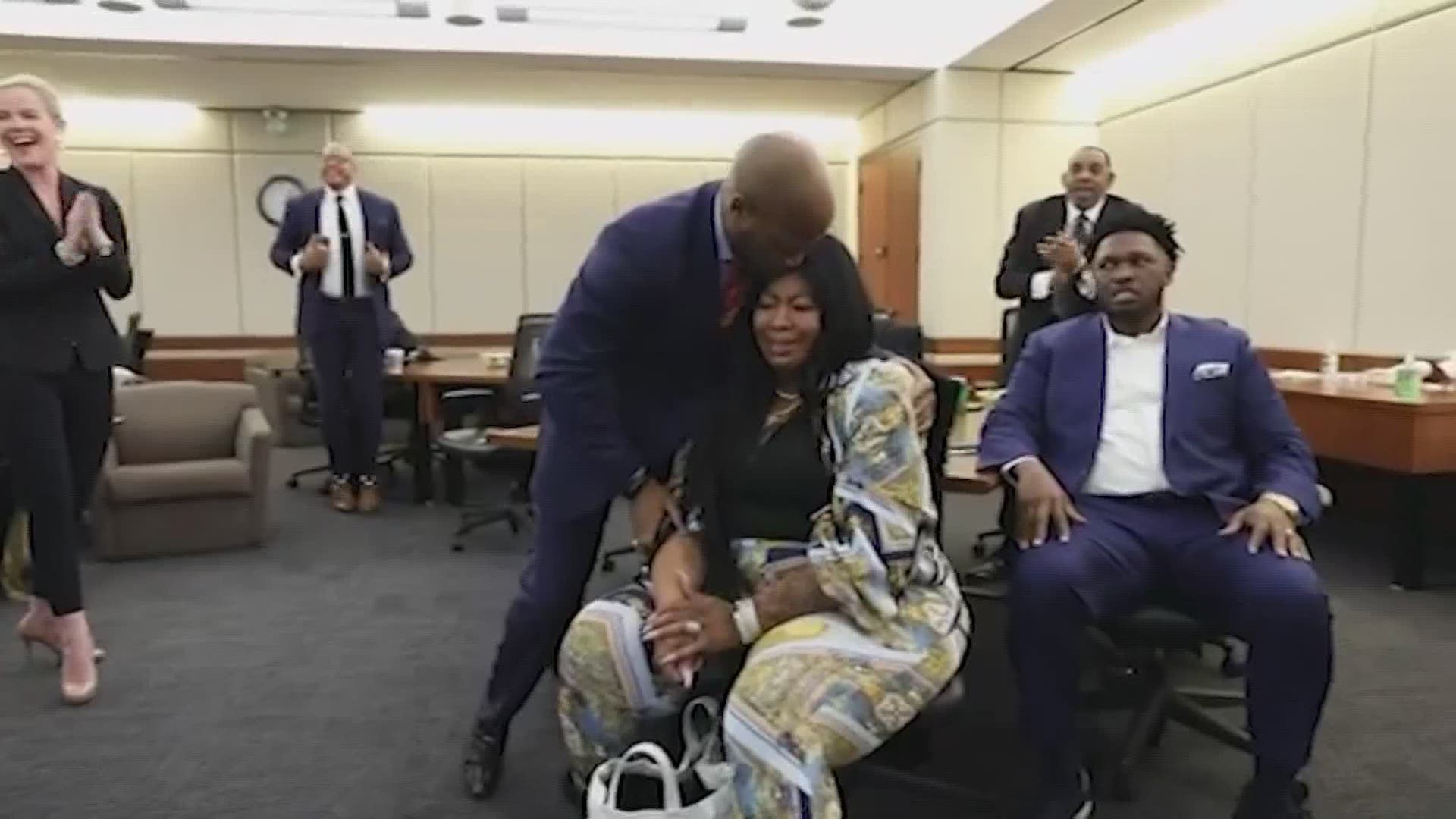 HOUSTON — A Minneapolis jury's verdict unleashed a roar inside the Hennepin County Courthouse. George Floyd's family erupted with joy as they watched in an adjacent room. Cousin Shareeduh Tate was there.

"There was a lot of tears, a lot of hugs," said Tate. "A real celebratory mood about this yesterday. We wanted to take a moment to celebrate the win."

That trail of tears and celebration stretched all the way to Floyd's hometown of Houston.

Floyd's sister LaTonya, together with family watched the verdict come down in her niece's living room.

Bianca Williams shared with KHOU 11 News her video from that moment. A moment they had prayed for for nearly a year.

"I'm happy we can breathe," said Williams. "We always said hold our breath until justice is served. We can breathe now."

"It was beautiful, his wings were just over us," said Floyd. "It was overwhelming. Exactly what we wanted."

"I would like to see him spend the rest of his life behind bars," said Tate.

Chauvin is looking at up to 40 years in prison.

"We definitely want the max because we can't get him back," said Floyd.

What they can do is make sure Floyd's legacy is long lasting.

"One single win is not enough," said Tate.

They want to make the George Floyd Justice in Policing Act the law of the land so no other families have to go through this.

"His name will never die," said Floyd. "Everyone is going to say his name and we're fighting for other families. We're going to stand by them."