The non-profit is looking for volunteers, supporters, and those who share the mission to eliminate racism and police brutality. 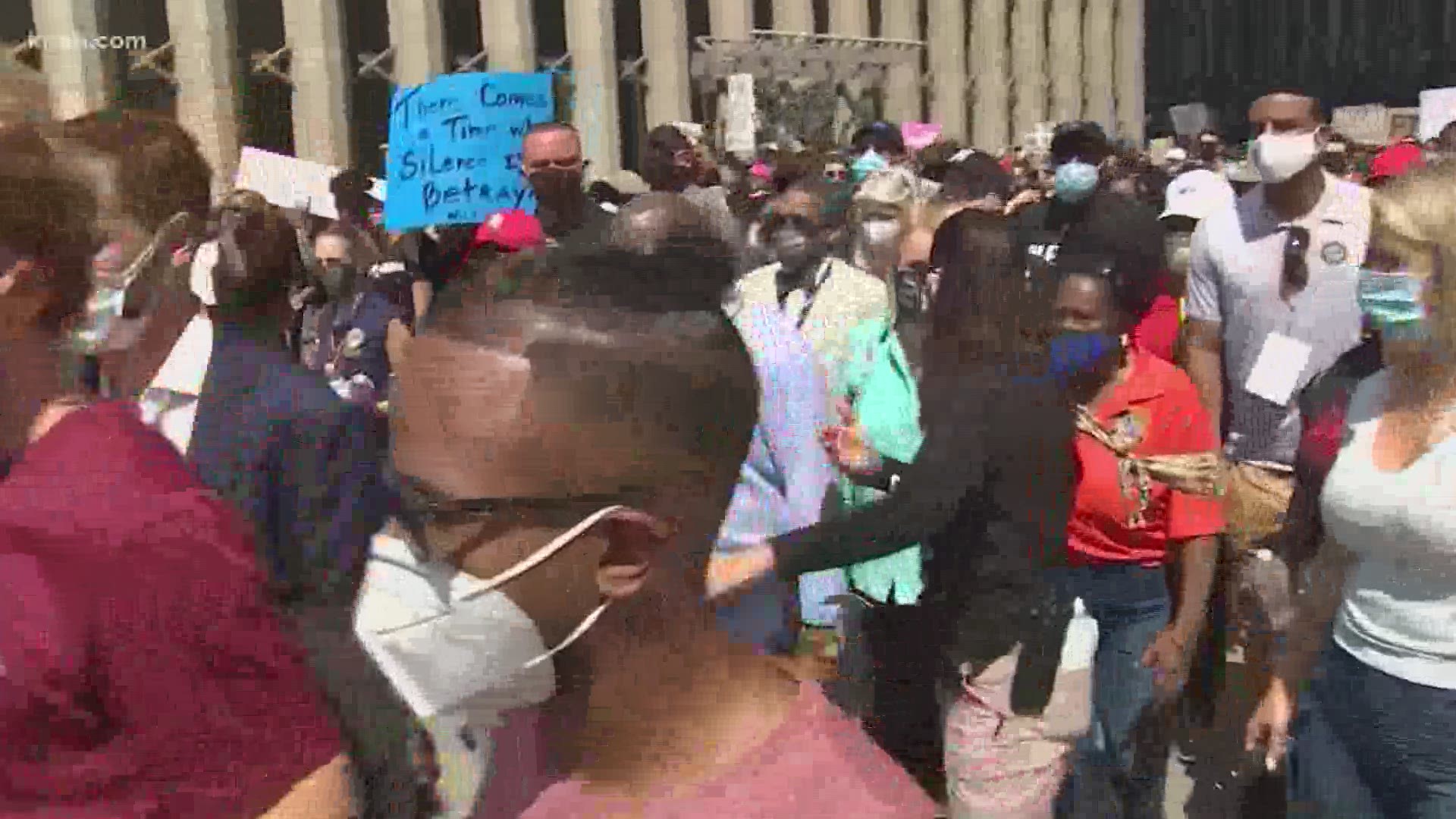 "All of that anger, all of that frustration that we’re feeling, we have to channel it in the right direction," said Daria Savannah, one of the group's organizer. "There are still cases that we need to bring attention. There are still names we need to say. We are still screaming, ‘no justice, no peace,’ because it does not stop with George."

While looters and vandals have drawn some attention, most protesters say they detract and distract from the message of ending racism and police brutality.

"This is it. This is our last chance of getting the justice that we need," said Taylor Hill. "If we don’t, we’re doing this for absolutely no reason."

They are hoping to unite people of color who have so frequently felt like it is "every person for themselves."

They are also asking police everywhere to do what is uncomfortable: call out racism when they see it unfolding.

"It’s a scary feeling that we feel that way from our law enforcement, from our authorities – the ones we’re supposed to trust to uphold these things," said Justin Jones.