The Lakewood Church pastor joined the march in downtown Houston to honor Floyd and support his family. 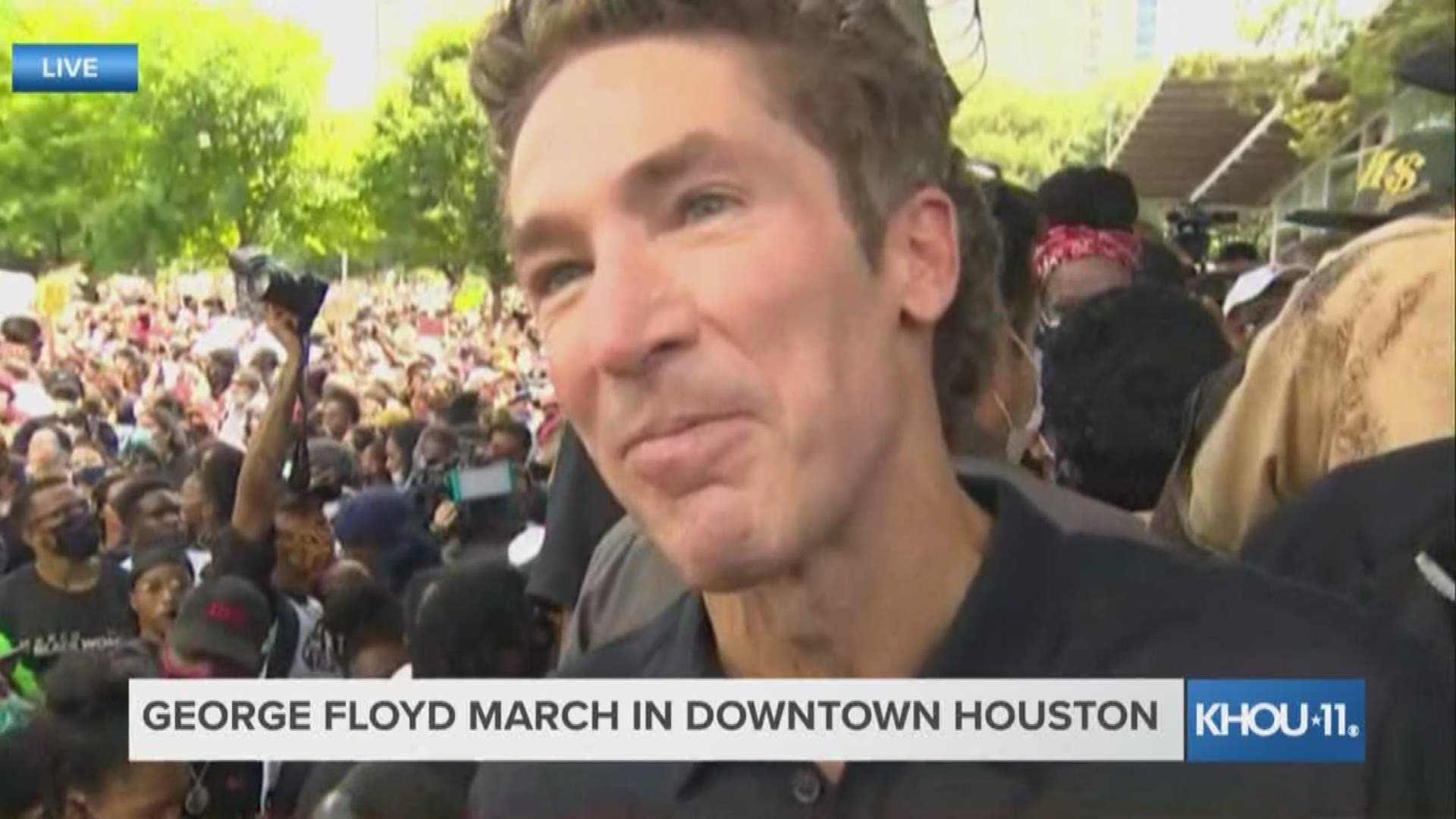 HOUSTON — Standing amidst a large and diverse crowd at Discovery Green on Tuesday, Joel Osteen said he doesn’t believe George Floyd’s death will be in vain.

“This can be a turning point in our city, in our nation,” said Osteen, the pastor of Lakewood Church. “We can learn to love and accept each other in spite of our differences.”

Osteen was joining the march throughout downtown Houston in honor of Floyd.

Floyd, a black man from Houston, died May 25 after he was pinned to the ground by a white Minneapolis police officer with a knee to his neck. Bystander video captured the scene as Floyd said, “I can’t breathe.”

Pastor @JoelOsteen of @lakewoodchurch here at the march for #GeorgeFloyd he embraced @TRAEABN who organized the march today #KHOU11 pic.twitter.com/onQHhLT8OM

Osteen said he wanted to show his support for the Floyd family “and let them know we love them and how sorry we are for what happened.”

“We feel the pain. We’re all outraged,” Osteen said. "But I think we can turn the anger into action, that we can do our part to love one another, to treat one another with respect and honor.”