David Pinney sent an email to CBS News stating that: "There has been a mix up between George and another fellow co-worker." 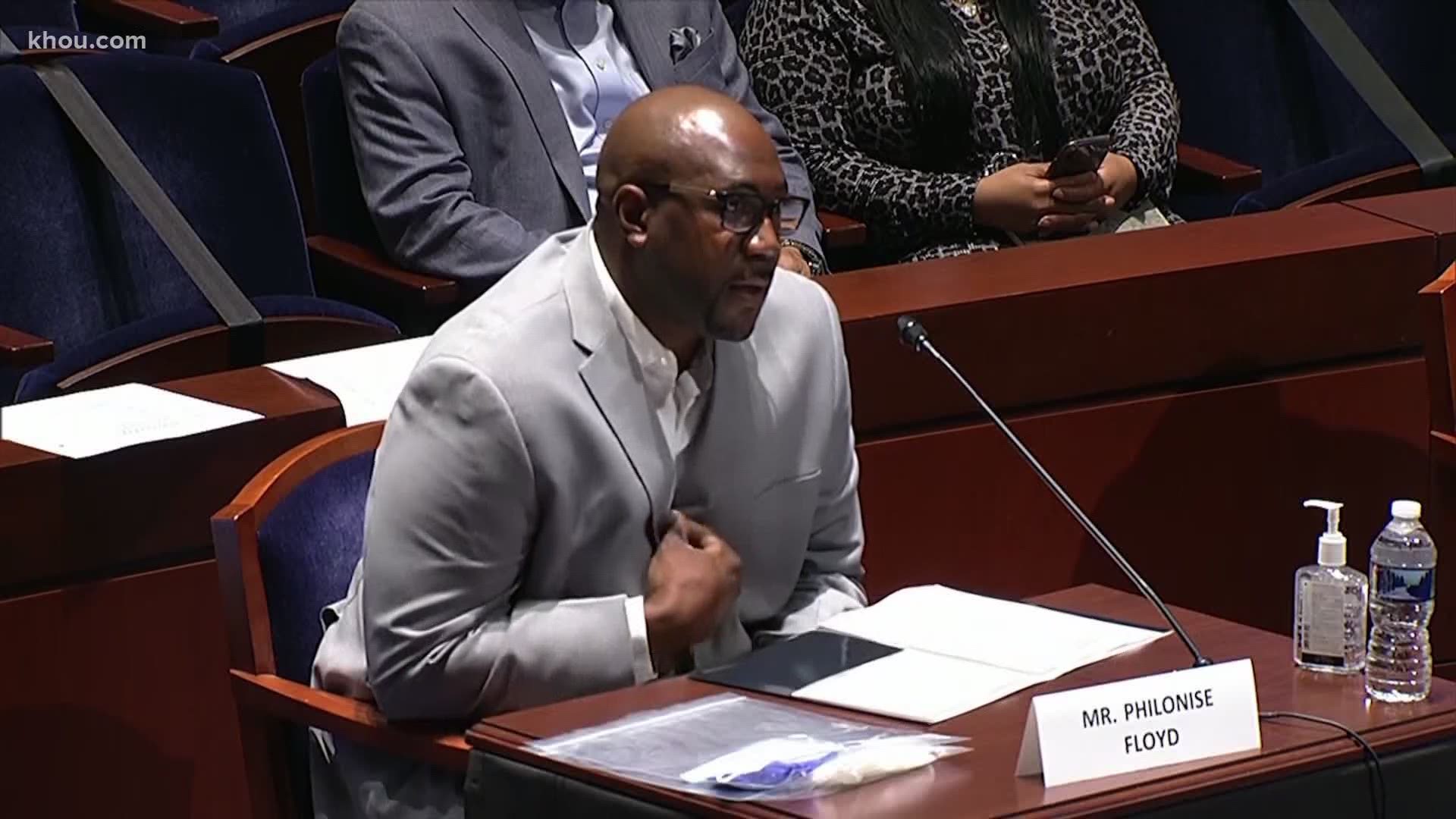 HOUSTON — EDITOR'S NOTE: The headline and the article have been updated after the man featured in this article, David Pinney, changed his story about George Floyd and Derek Chauvin.

UPDATE: David Pinney, a former coworker of George Floyd and Derek Chauvin said he mistook Floyd for another African-American coworker.

Pinney sent an email to CBS News stating that: "There has been a mix up between George and another fellow co-worker."

CBS News says the former owner of the club where both Floyd and Chauvin worked is the one who put them in contact with Pinney.

Pinney also told CBS News: "I apologize for not doing my due diligence and placing you in a very uncomfortable situation."

Pinney did say he stands by his description of Chauvin as being "extremely aggressive within the club."

There are new developments concerning the former Minneapolis police officer charged in the death of George Floyd.

Reports had surfaced before that Derek Chauvin worked security at the same nightclub as Floyd. Now one man is saying that the men knew each other and had a history of not getting along.

That man worked security with both men and spoke with CBS News.

“They (Chauvin and Floyd) bumped heads,” David Pinney told CBS News. “It has a lot to do with, with Derek being extremely aggressive within the club with some of the patrons, which, which is, which was an issue.”

CBS News asked Pinney if he had any doubt the men knew each other.

The Floyd family has said they believe what happened between Chauvin and George Floyd was personal and their attorney has been pushing for him to be charged with first-degree murder.

Chauvin is charged with second degree murder and manslaughter. His bond has been set at $1.25 million without conditions and $1 million with conditions.

The Houston community said their final goodbyes to George Floyd at a memorial service on Tuesday and he was laid to rest in Pearland.