Civil rights attorney Ben Crump says the death of black men at the hands of police is "a public health crisis" in America. 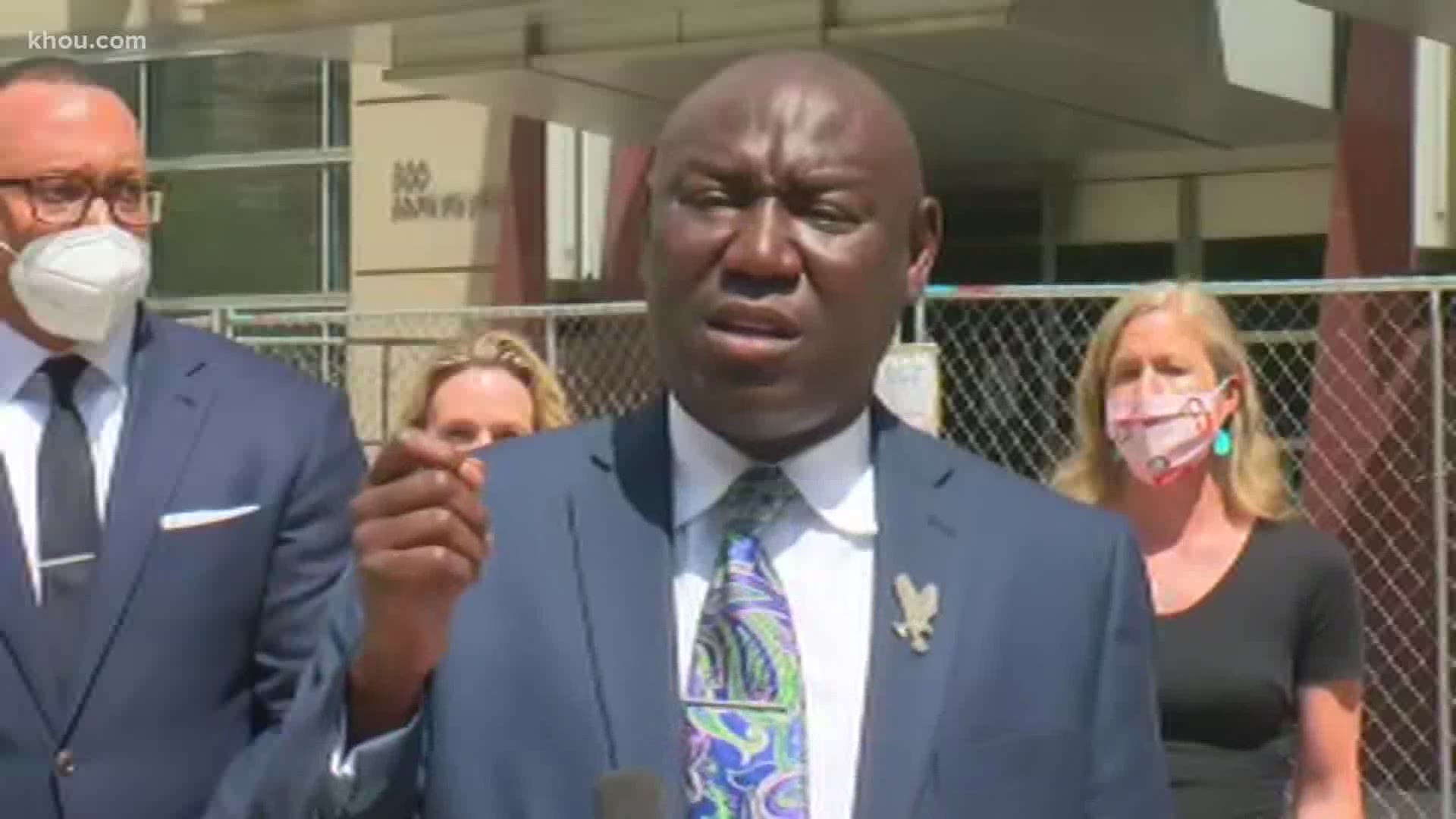 HOUSTON — Ben Crump, the attorney representing the family of George Floyd, has filed a federal wrongful death lawsuit against the city of Minneapolis and the police officers involved in Floyd's death.

During a press conference Wednesday Crump said the lawsuit was filed in the name of George Floyd and his surviving children. He told reporters that Floyd's death while in custody of Minneapolis police is "an unprecedented case," calling for an unprecedented legal action.

"It was not just the knee of Officer Derek Chauvin on George Floyd's neck for eight minutes and 46 seconds," Crump said. "But it was the knee of the entire Minneapolis Police Department on the neck of George Floyd that killed him."

Crump maintains that what happened that night was not an isolated incident, but a reflection of departmental indifference and a culture that encourages excessive force and racism to devalue people of color.

"This is a crisis in America, a public health crisis," Crump said, while describing the issue of black men dying at the hands of police officers. "This is the tipping point for policing in America."

“W.E.B. DuBois defined liberty, in part, as the “right to breathe,” reflected co-counsel Antonio Romanucci. "For decades, the Minneapolis Police Department’s practices have unlawfully stolen the basic liberties of Black citizens, leaving them afraid and unable to breathe. The most recent example of this is the brutal, public, and unjustifiable killing of Mr. Floyd by police officers under the color of state law, which galvanized a nation to demand real change and achieve real justice.”

While no one on the Floyd family legal team would name an exact financial amount being sought, attorney L. Chris Stewart said often the only thing that will make city and police leaders act to make change is the prospect of a large settlement.

“The Floyd family deserves justice for the inhumane way in which officers with the Minneapolis Police Department killed Mr. Floyd,” said attorney L. Chris Stewart. “Furthermore, the City has a responsibility to acknowledge the history and practices of excessive force and impunity with its police force, as well as shortfalls in officer training and discipline.”

Floyd was killed May 25 while in Minneapolis police custody. Video of the incident shows former Minneapolis police officer Derek Chauvin with his knee on Floyd's neck for nearly eight minutes while Floyd was handcuffed. Chauvin has been charged with second-degree murder.