May 25 marks one year since George Floyd was murdered. 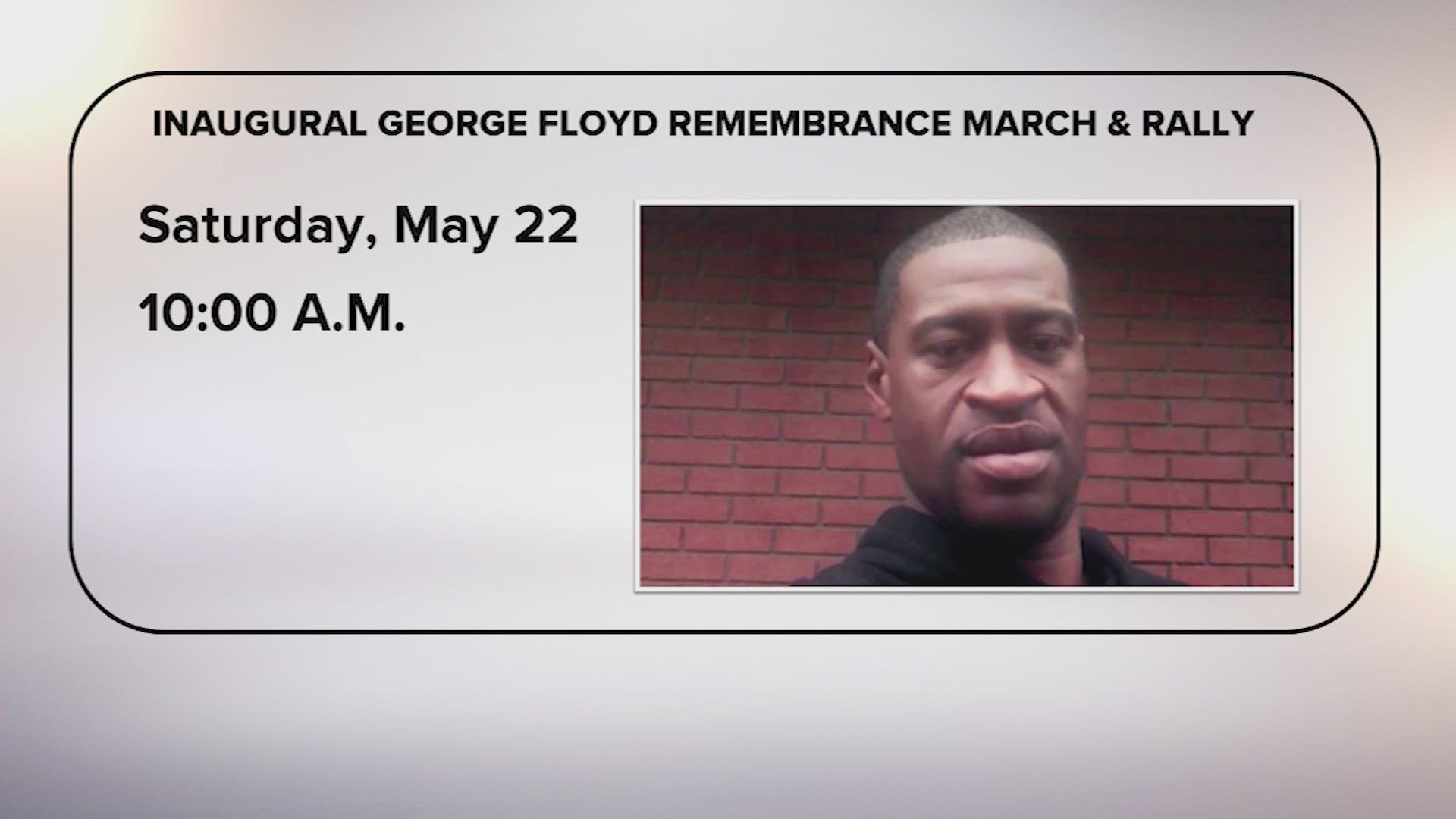 HOUSTON — May 25 marks the one-year anniversary of George Floyd's death and his family is preparing to honor his legacy.

Memorial events have been planned in Minneapolis for Sunday, the city where Floyd was killed by ex-cop Derek Chauvin. But here in Houston, the family will gather with supporters for a remembrance march and rally on Saturday morning.

EDITORIAL NOTE: The above video originally aired May 8.

"He should still be here," said Bridgett Floyd, George's sister. "We will celebrate my brother's life in a very very special way."

The family, along with friends and supporters, will march from MacGregor Park to Jack Yates High School, George's alma mater.

Bridgett is president of The George Floyd Memorial Foundation. She said George's death is still painful, but her pain is turning into purpose.

The family has vowed to make it their mission to make sure more families don't live through the same pain.

"By me looking at my kids every day, being black kids, I have no choice but to continue this fight," Bridgett said.

Their main focus now is putting pressure on lawmakers to pass the George Floyd Policing Act. It's already passed the House, stalled in the Senate, but President Biden has committed to signing it if it gets to his desk.

KHOU 11 Reporter Marcelino Benito is following this story and will have more on KHOU 11 News at 5 p.m.