Rev. Al Sharpton gave the eulogy like he had at services in Minneapolis and Raeford, N.C. 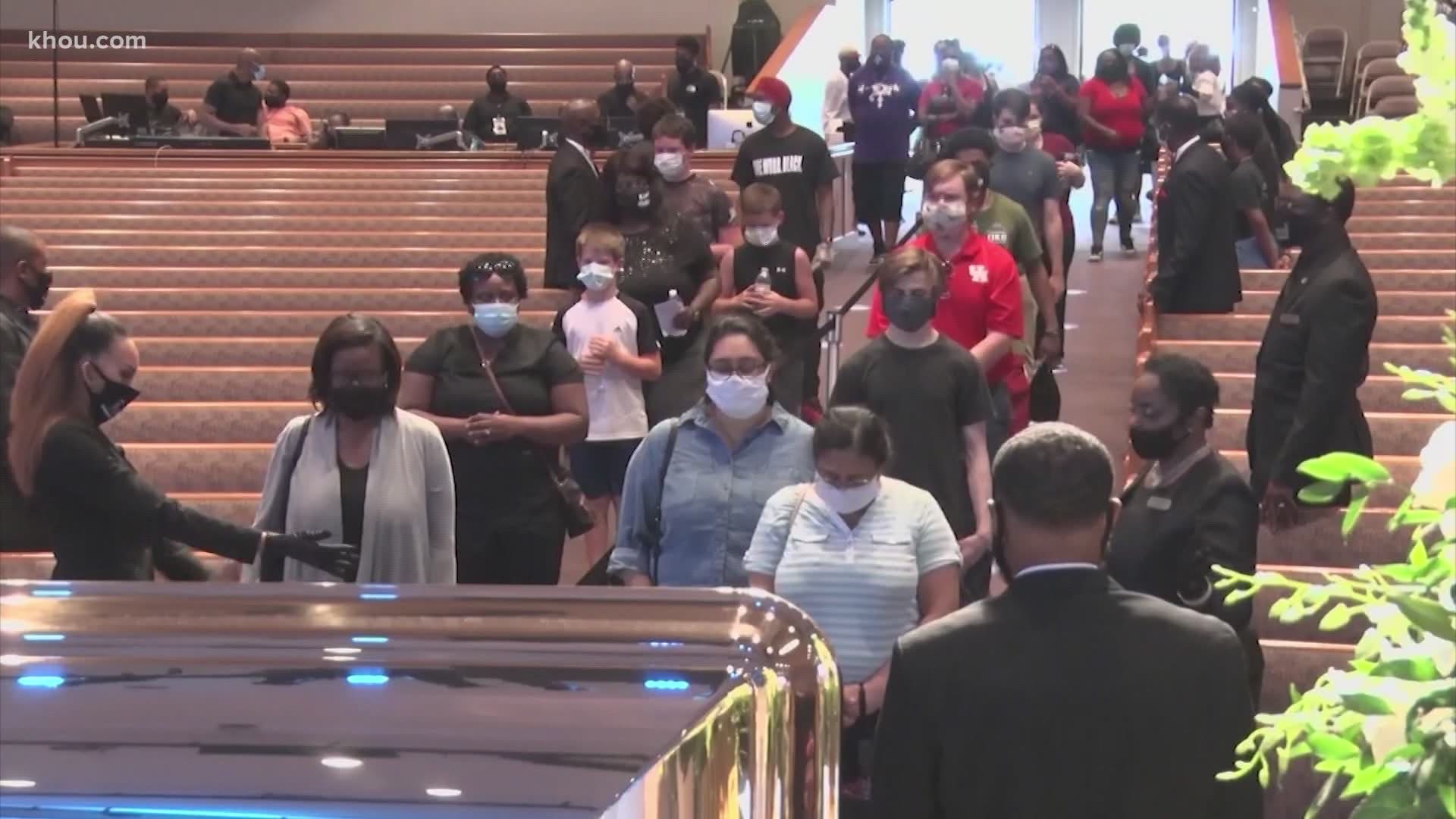 HOUSTON — A number of dignitaries and celebrities took part in the private, ticketed celebration of life for George Floyd Tuesday in Houston.

Floyd died while he was in custody of Minneapolis police.

Rev. Al Sharpton gave the eulogy like he had at services in Minneapolis and Raeford, N.C.

The following were confirmed to be in attendance ahead of the service:

Before Tuesday's funeral Cal McNair briefly spoke to the media and said he wants to keep the focus today on Floyd and Floyd's family, not how the NFL will respond to the recent events.

Singer Ne-Yo also performed a tribute to the family of George Floyd.

Credit: AP
Singer Ne-Yo performs a song during the funeral for George Floyd on Tuesday, June 9, 2020, at The Fountain of Praise church in Houston. (Godofredo A. Vásquez/Houston Chronicle via AP, Pool)

A public viewing was held on Monday for the community at Fountain of Praise with more than 6,300 attending over the course of the day.

Presidential candidate and former vice president Joe Biden met for Floyd's family on Monday, according to a CBS News report.

The report stated that Biden also recorded a video message for the funeral. The presidential candidate said he did not want to disrupt the funeral with his presence and the extra security.

Texas Gov. Greg Abbott met privately with Floyd's family on Monday, according to the Texas Tribune.

Abbott raised the idea at a George Floyd Act when talking to reporters on Monday.

"I’m here to tell you today that I am committed to working with the family of George Floyd, to ensure we never have anything like this ever occur in the state of Texas," Abbott said Monday.