The iconic bridge now bears the name of the Houstonian killed in police custody in Minnesota. 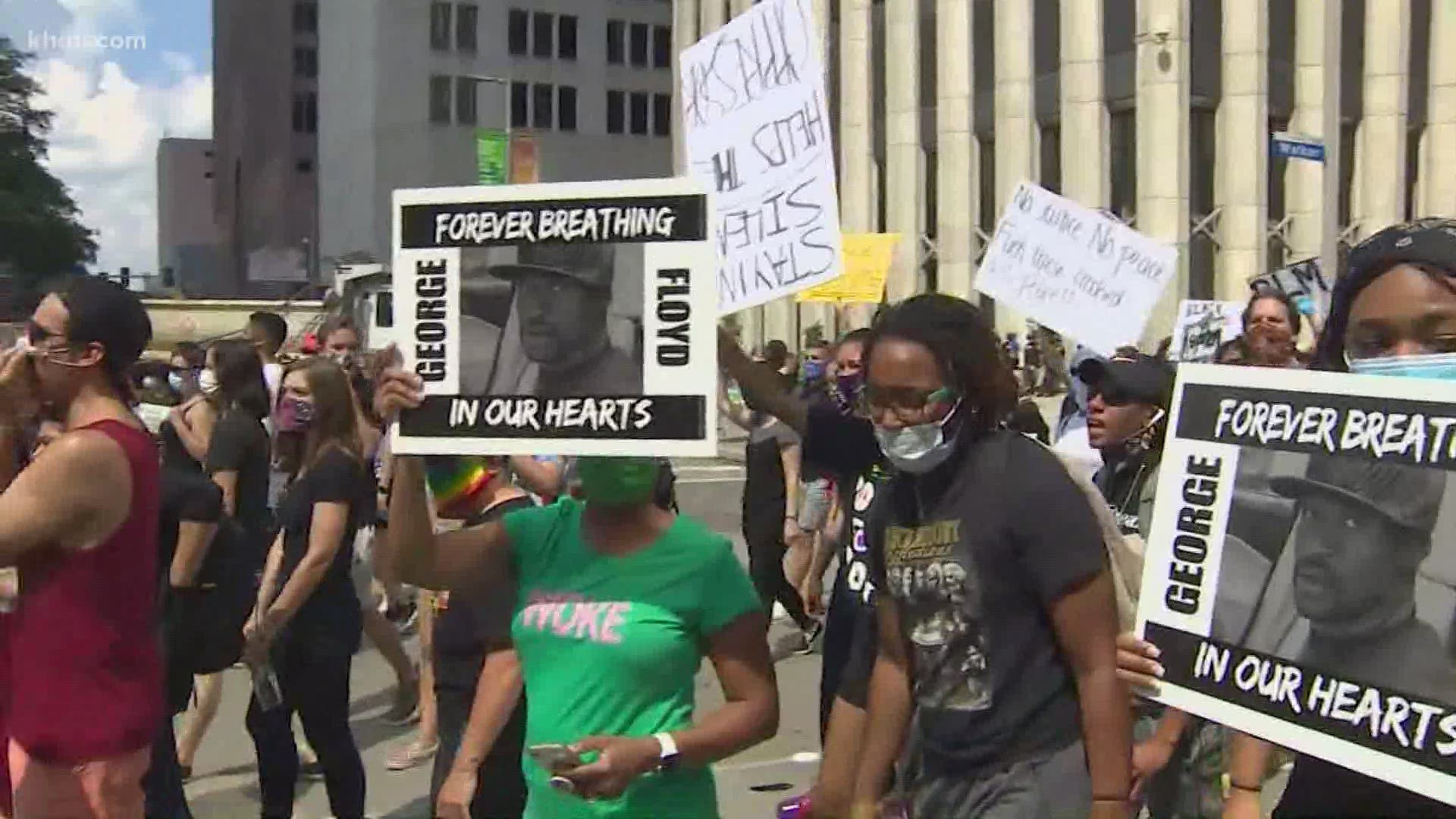 HOUSTON — The city’s iconic Be Someone bridge has been painted over with George Floyd’s name.

The sign’s blue lettering that span the southbound lanes of I-45 heading into downtown is now covered in gray paint with Floyd’s name in bold letters.

Floyd, 46, a Houstonian who grew up in the Third Ward, was killed in Minnesota police custody on Memorial Day. His death has sparked outrage of racial injustice and police brutality across the nation.

In his hometown Tuesday, 60,000 people marched from Discovery Green to City Hall in a diverse crowd that was filled with rappers, pastors, politicians and Floyd’s family.

This isn’t the first time the Be Someone bridge has been painted over.

In February, it was painted to say “Wash Ur Hands.”

It’s also been painted to read “Mattress Mack,” after Gallery Furniture owner Jim “Mattress Mac” McIngvale; “Be One”; and even painted all black to cover all the lettering.