'A martyr for change': Houston prepares to come together, say goodbye to George Floyd 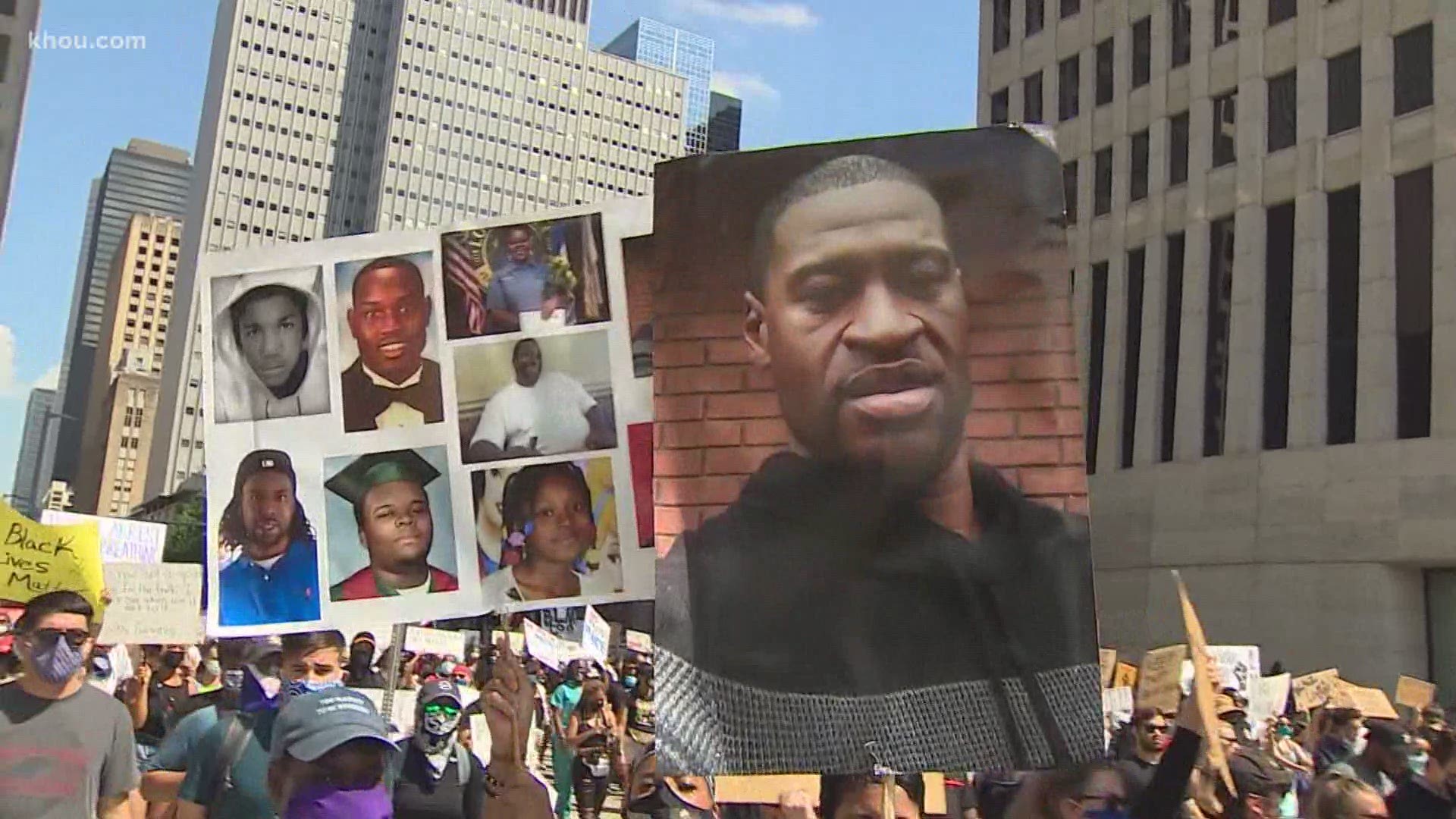 HOUSTON — City and faith leaders in Houston expect a huge crowd to pay their respects to George Floyd this week. After several memorial services across the country, Houston will finally gets its chance to say goodbye.

Dixon will be among a powerful lineup of speakers at George Floyd's funeral Tuesday. They'll try to channel the wide range of emotions Floyd's brutal killing has stirred up in Houston and across the globe.

"The messages are going to be about love, peace and reconciliation and how do we heal the racial tensions and racial divide," Dixon said. "How do we come away from this a better nation and better community?"

Tuesday's funeral will be a private event, but Fountain of Praise Church will open its doors Monday for a public viewing.

"It's an opportunity for people in this city to come together," said Mayor Sylvester Turner. "This is where he was reared, Third Ward, Cuney Homes, a graduate of Jack Yates High School."

Mayor Turner is also scheduled to speak Tuesday. His message to the family will be "George did not die in vain."

"Now it's even bigger than George," Turner said. "It's about doing the right thing. Justice For George. But Justice for George now means justice for a lot of people as well."

"Parents are bringing their kids," Dixon said. "This is a monumental moment. This shook us in a way we hadn't been shaken in a long time."

At Mayor Turner's request, other cities will follow Houston's lead and light up their own City Hall and municipal buildings in crimson and gold, the colors of Yates High School, in honor of Floyd.

"So from Boston to New York City, LA, Atlanta, Louisville, Kentucky, all of those cities and others will be joining in as well," Turner said.

RELATED: Reports: Biden to meet with George Floyd's family in Houston ahead of funeral

RELATED: Body of George Floyd has arrived in Houston for final funeral service and burial

Floyd's death captured on camera has brought the country together. Now it will be Houston's job to give Floyd the respect and humanity he was denied on a Minneapolis sidewalk.

"Houston has lost a son, a nation has lost a son," Dixon said. "And African American people have lost a brother whose name could have been our names. Now we want to honor his name and make sure he's not forgotten."

Turner is asking folks not show up all at once right at noon for the viewing Monday. He's asking the public to space it out and remember it's expected to be one of the hottest days of the year, so please stay hydrated and take care of one another.