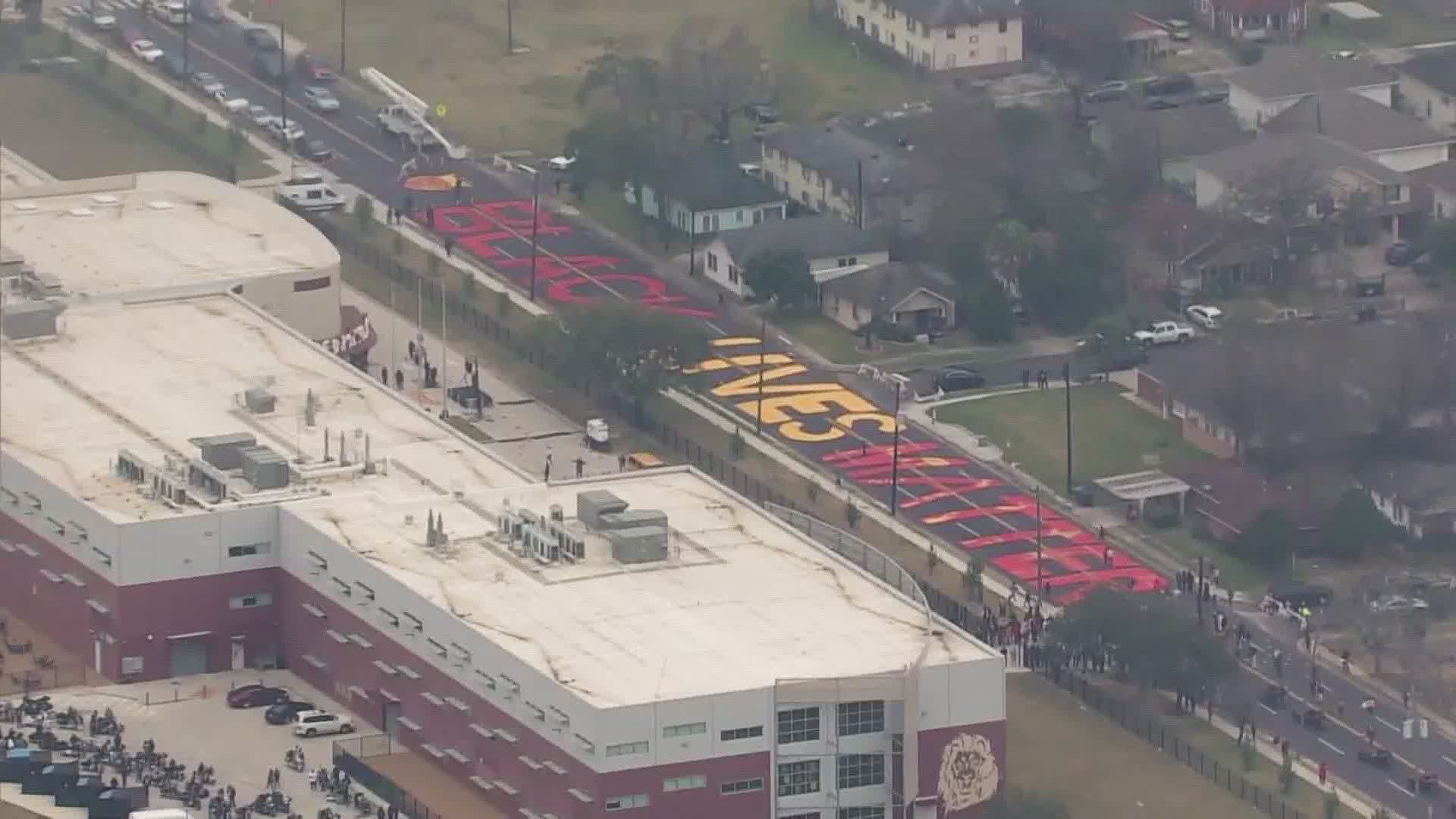 The massive mural, which reads “BLACK LIVES MATTER” and has a painted portrait of Floyd’s old football jersey, spans about two blocks on Alabama Street.

“It means a lot for me to come out here and show love and support for my father,” said Floyd’s son at the mural unveiling.

The artist who designed the mural said the tribute was personal for him.

“These three words are not only for the people that don’t think Black Lives Matter but also for us too. It’s an anchor for us to unify.”