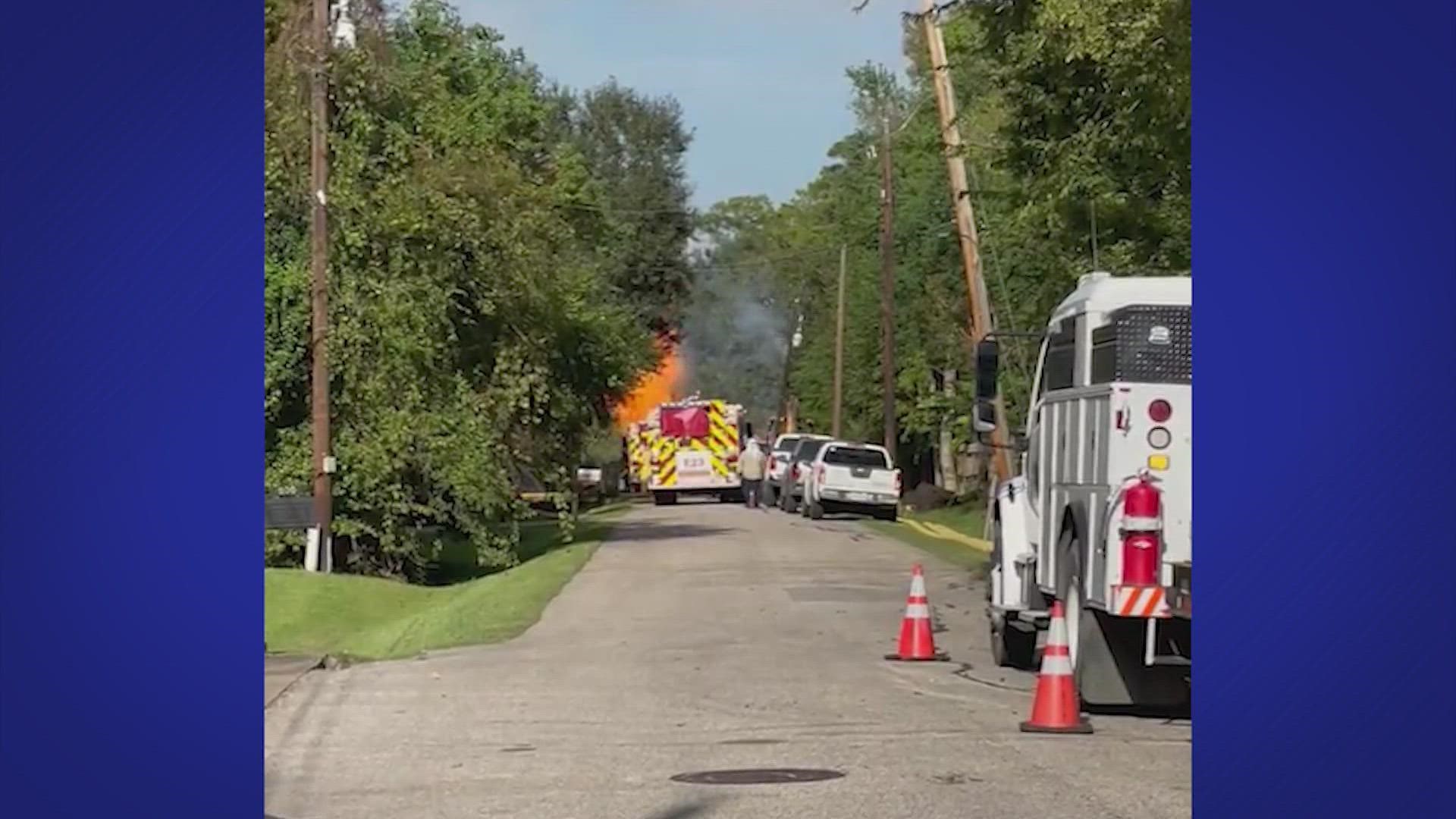 FRIENDSWOOD, Texas — The gas line fire that shut off gas and power on a Friendswood street has been extinguished, according to police.

The fire was reported in the 200 block of East Castlewood Drive. That's where gas and power lines were shut off and authorities advised people to avoid the area.

Emergency crews remained on scene throughout the night and continued to keep the affected roadway closed.

There was no immediate threat to the area, according to Friendswood officials.

Friendswood Volunteer Fire Department and Friendswood Police Department are responding to a gas line fire in the 200 Block of E Castlewood Drive please be advised to avoid the area as the scene is active. Centerpoint are on scene. There is no immediate threat to the area.